The State Police headquarters in Harrisburg was evacuated after the facility received a bomb threat. 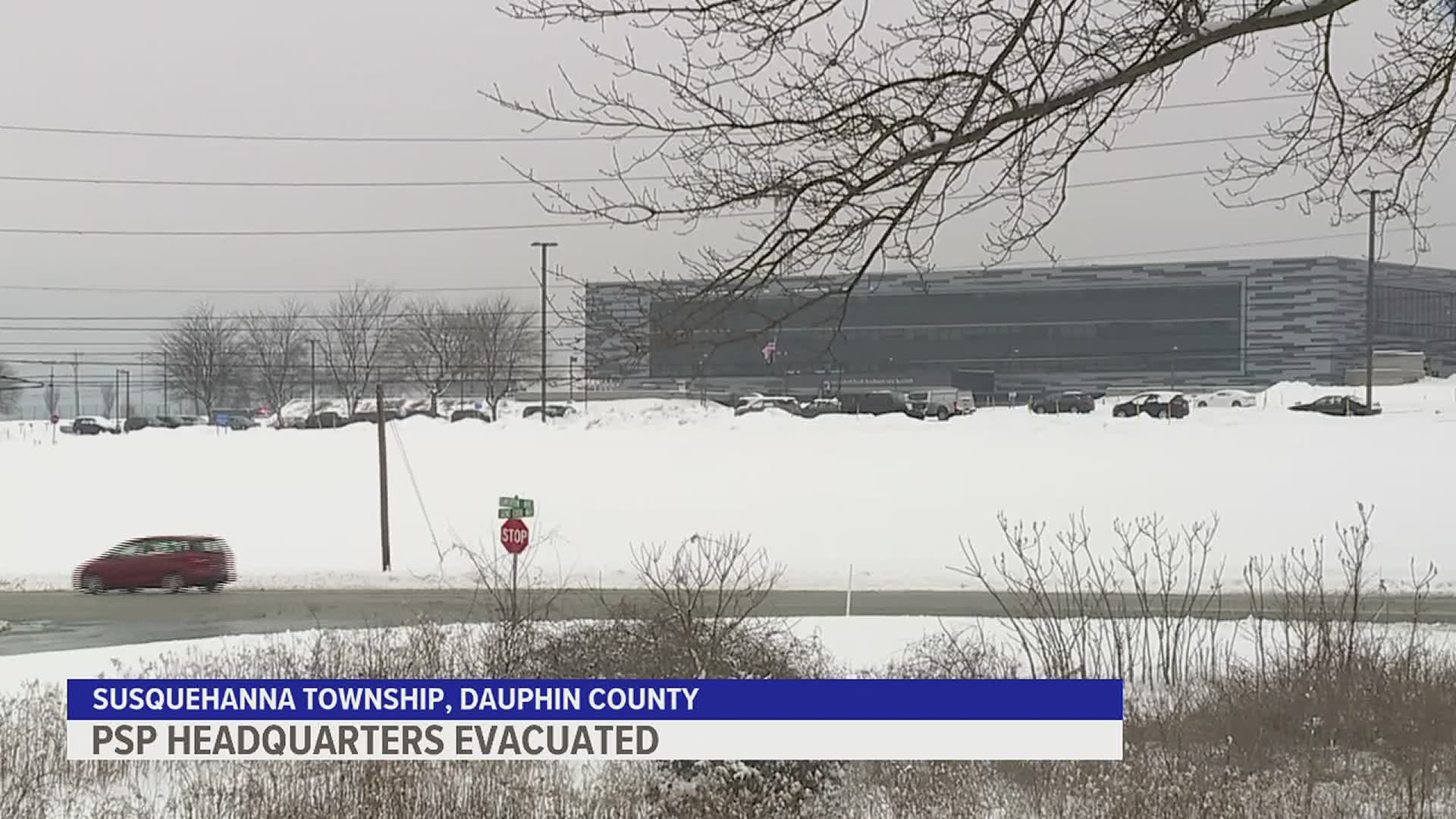 HARRISBURG, Pa. — The Pennsylvania State Police Headquarters in Harrisburg was evacuated for a few hours due to a bomb threat on Monday.

According to a tweet from the State Police Department, the headquarters located in the 1800 block of Elmerton Ave. in Harrisburg received a threat and has been evacuated.

According to a Public Information Officer with the State Police, the department received a bomb threat, and troopers responded to the scene to assessing the situation.

It was closed off to traffic, and citizens are told to avoid the area.

PSP department headquarters is currently evacuated due to a threat received at the facility. The 1800 block of Elmerton Ave. is closed to traffic. Please avoid the area.

After a search of the building with State Police and Pa. Capitol Police detection canines, no explosive or other dangerous devices were found, State Police said.

Personnel returned to the building around 3:45 p.m.

The investigation into the incident is ongoing.

Explosives detection canine teams from PSP and Pa. Capitol Police have completed a thorough search of Department Headquarters. No explosive or other dangerous devices were found, and personnel are returning to the building. The investigation into the threat is ongoing. https://t.co/jsE71gjmHI