The Pa. Fairness Act would prohibit discrimination against a person based on their sexual orientation or gender identity. 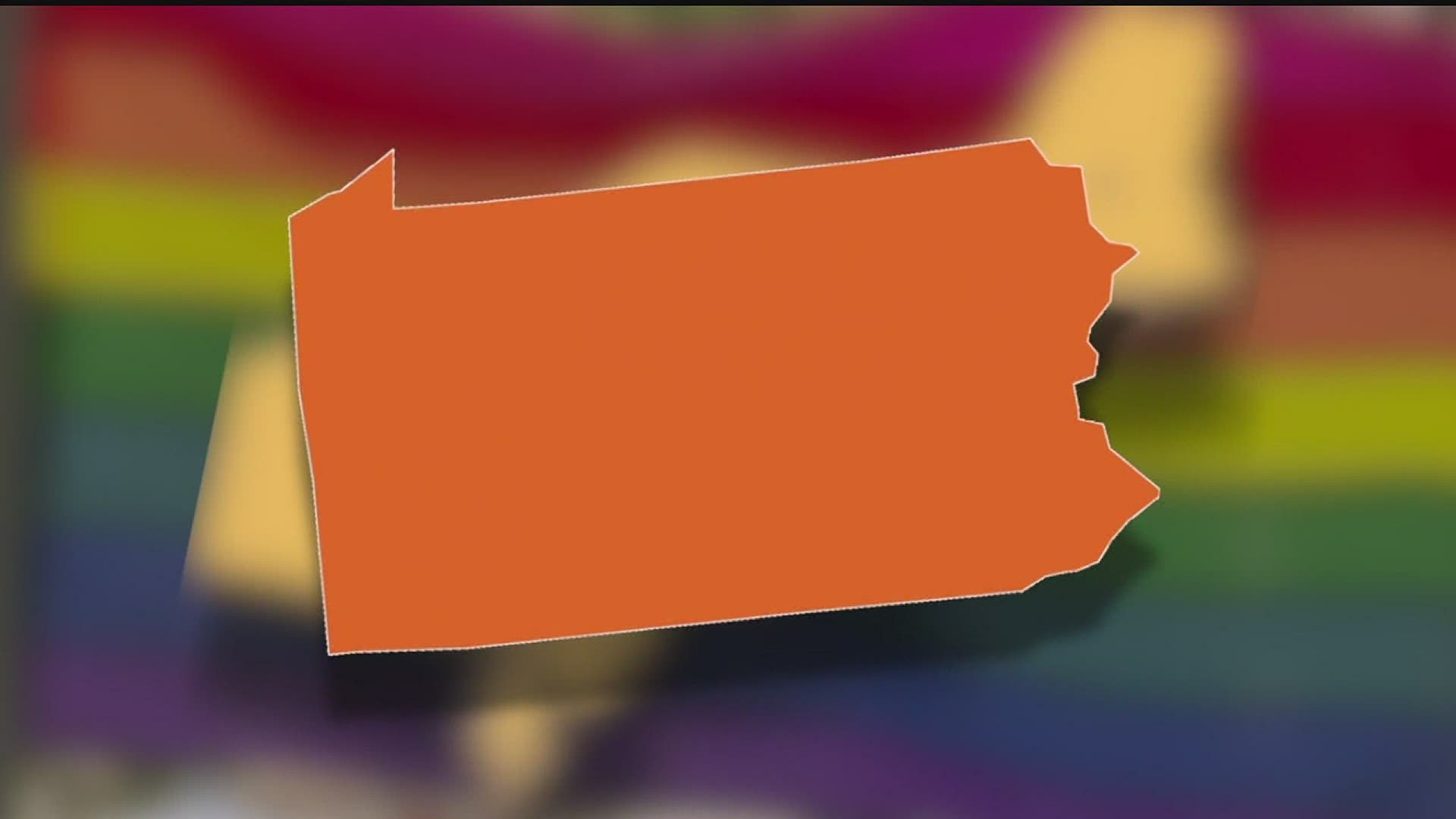 HARRISBURG, Pa. — Members of the state's LGBTQ+ Equality Caucus along with Governor Tom Wolf will introduce a bill known as the Pa. Fairness Act. It would prohibit discrimination against a person based on their sexual orientation or gender identity.

This is not the first time lawmakers will introduce legislation that would add protections to people who identify as LGBTQ+. Despite some support from republicans, these bills, for the most part, have never made it out of their respective committees because the committee chairs never called for a vote.

Last year, the U.S. Supreme Court ruled people can not be fired because they are LGBTQ+. However, there is no law prohibiting against other discriminations, like in housing. After the Supreme Court ruling, republicans have said it granted LGBTQ+ members the protections they need. Speaker of the House Bryan Cutler, who was still House Majority Leader at the time said in part, "Constructing a law in conformity of the Court's ruling is certainly possible but may not be necessary. We will take a close look at how the ruling impacts our existing state laws."

Advocates for the PA Fairness Act say, the Supreme Court ruling only goes so far and more protections need to be added to ensure members of the LGBTQ+ community in Pennsylvania are not discriminated against. This legislation is supported by the ACLU of PA.