Rep. Christopher Rabb says crowd-controlling agents are banned from use in war and police should not be allowed to use them here in Pennsylvania. 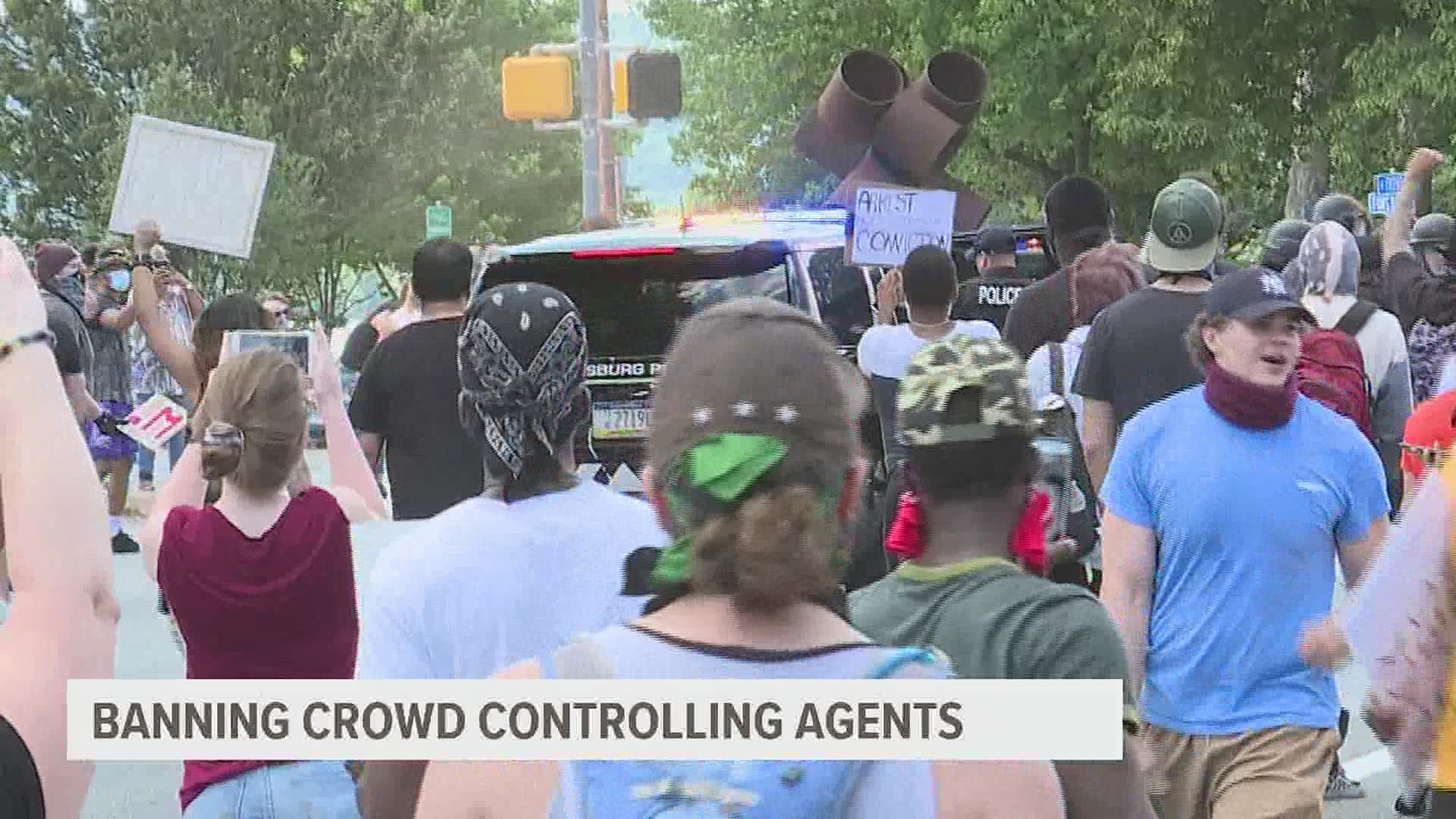 HARRISBURG, Pa. — A state lawmaker is looking into drafting legislation that would ban departments from using some riot or crowd-controlling agents, like tear gas.

State Rep. Christopher Rabb, (D) Philadelphia County says crowd-controlling agents are banned from use in war and police should not be allowed to use them here in Pennsylvania.

Back after World War I ended, world leaders agreed to ban the use of "asphyxiating, poisonous, or other gases in warfare." The US ratified the agreement in the 70s and then in the 90s, the chemical weapons convention was finalized banning the development, production, stockpiling, and use of chemical weapons. Tear gas is a chemical weapon, therefore banned for use in war. At that time, a compromise was reached allowing police to continue using riot-controlling agents, like tear gas. Police claimed if they didn't have it as a crowd-controlling option, they would have to use more lethal weapons.

Rep. Rabb wants to make sure crowd-controlling agents are banned from use in war and can no longer be used by police departments. This is not limited to tear gas, but also pepper balls, mace, and rubber bullets.

"People need to understand these weapons are not necessary for modern policing and there's always folks with, 'well what about..' worst case scenario," Rep. Rabb said. "But the police do not lack the type of equipment to protect themselves and it's really about protecting human life more so than protecting, deciding what piece of property is worth maiming someone."

FOX43 spoke with York City Police Lt. Daniel Lentz on the phone about this potential legislation. He said it is concerning because anytime you take away a less lethal option, "what's the alternative?" He said tear gas or similar gases are rarely used to disperse crowds by the department, and that they are used in other instances, like hostage situations, and that once again, taking the less lethal option away is "troubling."