More than 540,000 Pennsylvanians filed for unemployment in the last week, slowing down the system for claims to be processed 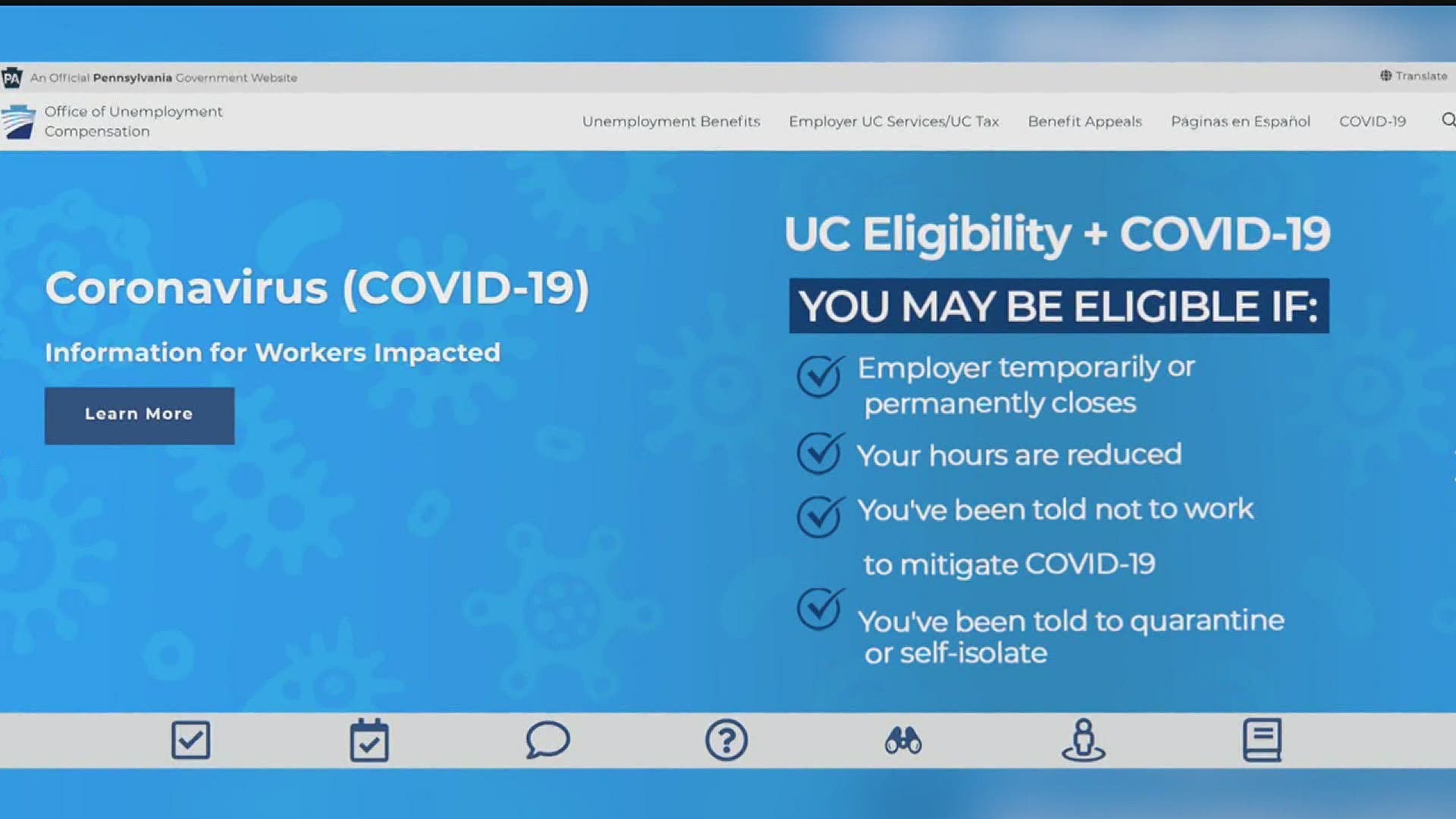 "It is very frustrating," said Alice Anderson-Gilmore, who's husband has been trying to file for unemployment since March 15th.

Since that day, Anderson-Gilmore and her husband have been trying to reach someone in the unemployment office, calling as many as 80 times a day but, haven't had any luck.

"They do not answer the phone, it is constantly busy," said Anderson-Gilmore. "You can't even be put on hold, and I would sit there on hold for a couple of hours just knowing that we would be next in line. You don't even get that."

With her husband out of work for the unforeseen future, Anderson-Gilmore believes they can't be the only one's having a tough time getting unemployment. She worries how long they'll have to wait for her husband to begin receiving his unemployment benefits.

"We're both working people and it takes both of us working to keep our house going," said Anderson-Gilmore. "With limited resources when one paycheck is non-existent.. it's going to get pretty tough."

FOX43 asked Governor Wolf about what is being done to make it easier for people filing unemployment. He says, the state has already waived a number of requirements but is also looking at other ways to make the process easier.

"We also have to make sure, and the federal government is a partner in this, to make sure that the unemployment compensation system expands so it is dealing with the real needs of real people in a gig economy," said Gov. Wolf.

FOX43 also reached out to the Department of Labor and Industry for comment on the difficulties people filing for unemployment are facing. We have yet to receive a response.