The extra money was included in the stimulus bill passed by U.S. Congress in December. 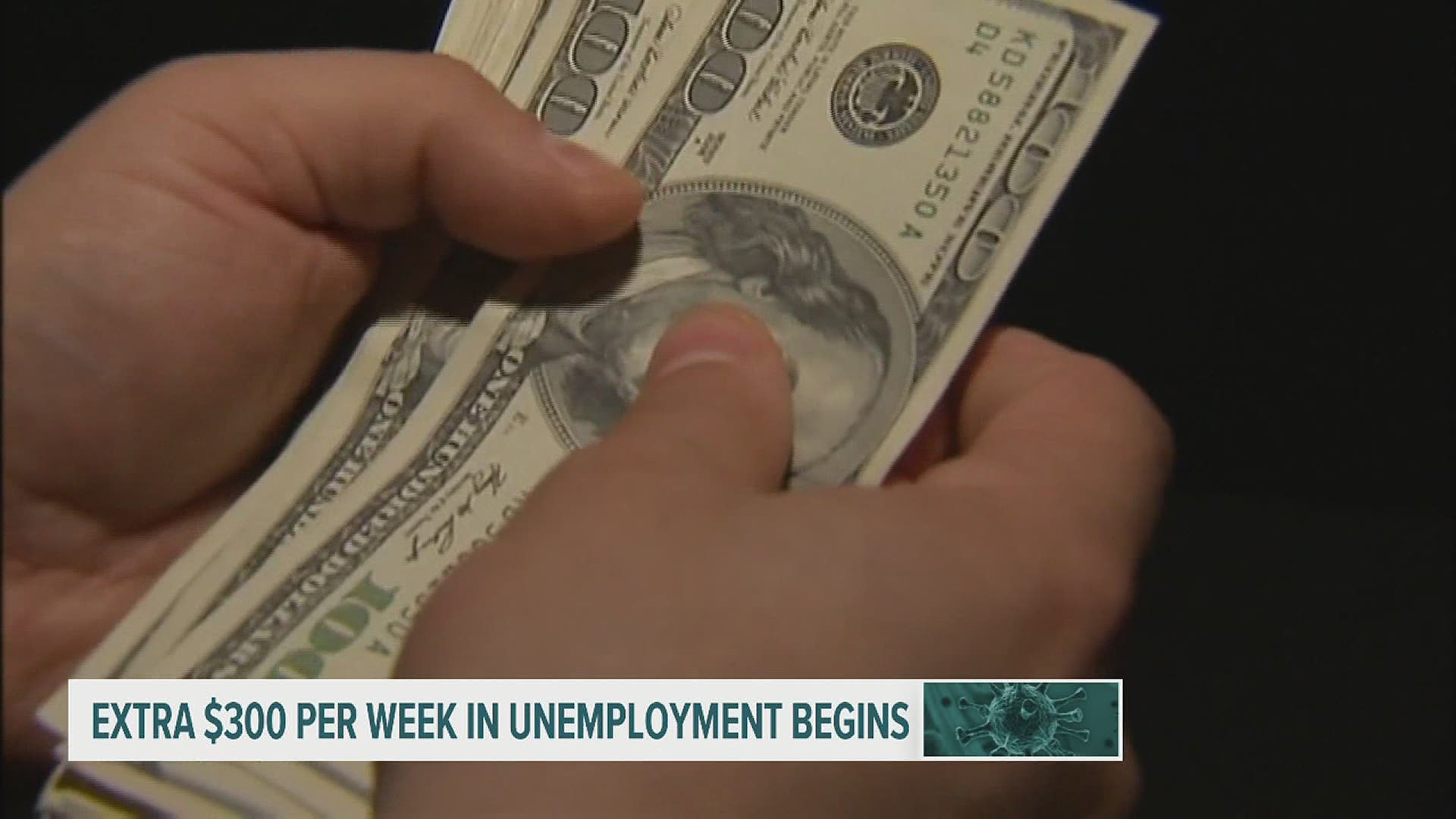 HARRISBURG, Pa. — Some Pennsylvanians on unemployment have already begun receiving an extra $300 per week. It's part of the extension to the Federal Pandemic Unemployment Compensation program passed by U.S. Congress last month.

Unemployment has been an issue for millions of Pennsylvanians since the pandemic began in March. The good news is, if you haven't started receiving the extra $300 per week payments though UC yet, they are coming soon.

If you're collecting unemployment, have you received the extra $300 per week as part of the stimulus package passed by U.S. Congress in December?

The PA Department of Labor and Industry says, it is asking for patience from those claimants and asks they not try and submit new claims. The Dept. of L&I says, the delay is because they are still waiting additional information from the U.S. Department of Labor on the federal changes of these programs.

"We known many Pennsylvanians are relying on these programs, and we have been doing as much work as we can to help minimize the delay," said PA Dept. of L&I Acting Secretary Jennifer Berrier. "The federal government has not provided us with a timeline on when we can expect the final and complete guidance. So, we do not have an estimate on when payments will resume. As soon as we know, we will make an announcement.

Department of L&I says, once payments resume, the department will backdate eligible claims to the week of January 2nd, and add the extra $300 to ensure claimants do not miss out on any eligible weeks.

The extra payments and extensions of these programs will only last through March 13th.