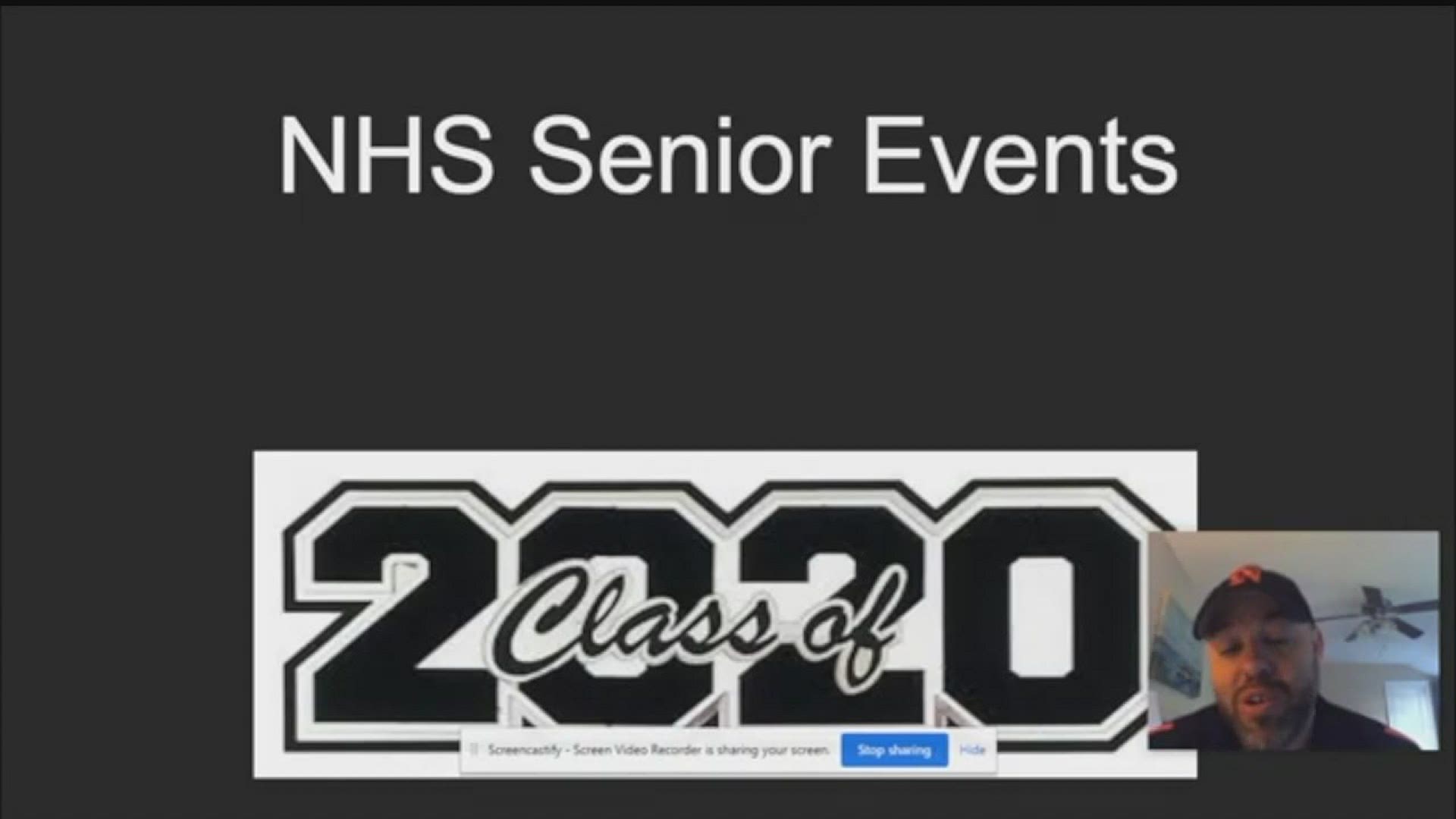 YORK COUNTY, Pa. — UPDATE: A York County school district has reversed course and is now including parents in its high school graduation plan.

After FOX43's initial story aired, and after backlash from families of graduating seniors, parents were told today that families will now be allowed to accompany their seniors when they get their diplomas.

Families are being asked to limit the amount of members joining their senior and to maintain social distancing from people not in their family.

Some of the extra guidelines include:

Northeastern School District in York County recently announced graduation plans for its 260 seniors, and not everyone is happy.

It was a big a year for 18-year-old Envy Kennedy, the Northeastern High School senior who finally broke out of her shell.

"I just started making friends and started to open up," Envy said. "And I was having a really good time."

COVID-19 brought the school year to a halt. No prom, no goodbyes, no traditional graduation ceremony.

Ideas have been tossed around for a few weeks, as seen in a 16-minute video from the principal to the 2020 seniors.

Fast forward to last Thursday, when an email was sent out to parents with a solidified plan.

It said each senior will be able to receive their diploma at the high school. They'll also have a photo taken with the superintendent, and cross the stage with their name announced and displayed on the scoreboard in the stadium.

The problem for most parents is, they won't be there to see it all.

The District said there wouldn't be enough time if it permitted families on the field, as they would have to exit their vehicles, move into the stadium, and return to their vehicle before leaving in order to maintain a safe distance.

"For a parent to be able to get there, and be able to visualize and watch their child get that diploma and see all of that - that's something we worked hard to see our child do," Envy's mother, Bambi, said. "Just as much as they worked hard to get to that spot. So to hear that we're not able to get there and see that due to time management was really hard to take in."

"For them we're just another year," Envy said. "But this is the only year I have. So in a year or two nobody is really going to remember any of this, but to me it's always going to be there and it's something I've lost."

The graduation is still scheduled for May 29th with several rain dates.

FOX43 asked the principal and superintendent to speak with us on camera multiple times. We're still waiting for an answer.

The superintendent said they are making tweaks to their plan and those should be finalized Tuesday or Wednesday.

You can expect more on this story as we learn new details.