In response to the pandemic, some farmers are thinking outside the box to make sure their vegetables, dairy, eggs, and meat don't go to waste. 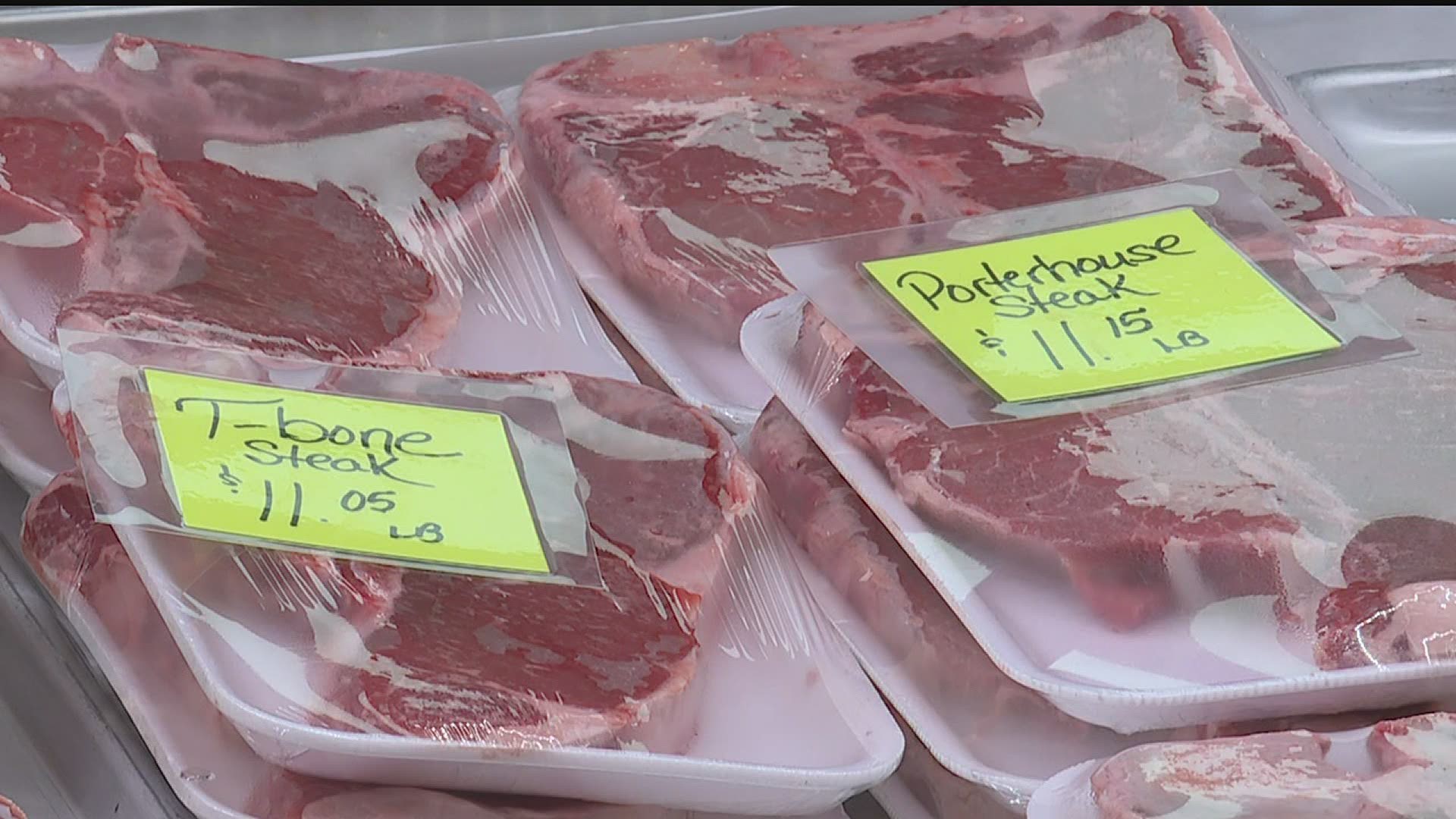 LANCASTER, Pa. — Some farmers say COVID-19 has made it more difficult to get their products into consumers' hands. From restaurants being forced to close to less workers in the field because of social distancing guidelines, it's an uncertain time for the men and women who supply our nation's food.

In response to the pandemic, some farmers are thinking outside the box to make sure their vegetables, dairy, eggs, and meat don't go to waste.

"I have heard of people going into downtown Lancaster and going in a parking lot and opening the back door of their truck and selling potatoes or selling eggs and things like that," said Farmer Steve Groff.

Groff says farmers are doing that so those products don't go to waste. He says he is thankful he’s not directly impacted by COVID-19 -- at least, he says, not yet. He is growing more than 6,000 tomato plants at his farm in Martic Township. Where they go next, though, remains a mystery.

"I have to choose the varieties I grow right now to try to predict where to go and so I've been leaning a little bit more to grocery stores," explained Groff.

He's learning towards grocery stores because most restaurants in Lancaster County are closed for dine-in service, per Governor Tom Wolf's order. Tomatoes meant for restaurants are packaged differently than tomatoes meant to be sold at the store. Groff says these are all things he now has to consider.

"I grow a specialty eggplant for a chain of soup and salad stores, and they contacted me about 2 weeks ago and said they're going to cut the projections in half because their stores are located in New York City, Philadelphia, Baltimore, and Washington D.C.," explained Groff. "There is going to be some food shortages, in the meantime, just because of the food supply chain being disrupted. We've seen that in meat. That's all over the news. It usually is tied into any crop that needs to be hand harvested... For larger operations, there could be some restrictions on how many people you have and all the social distancing and all that stuff so if you have these large vegetable operations, it may affect you. I'm telling people that you might want to be prepared to adjust your grocery shopping list a little."

Some consumers in the hardest hit areas don't have access to grocery stores and some farmers can't get their food into restaurants. It creates the perfect storm of uncertainty.

But, then, you have people like David Pham and Jason Curescu of New York who want to help.

"We've got a great response so far," said Pham.

About three weeks ago, Pham and Curescu created a website designed specifically for farmers and the people without access to their products. It's called FarmsThatAreDelivering.com, and so far, Pham says it's been successful.

Farms That Are Delivering
Farmsthataredelivering

"We looked at the states hardest hit by the pandemic and started adding a lot of farms there, and so, Pennsylvania was at the top of the list," explained Pham. "It really brought us back to the kind of, you know, the source of our food, you know, and just kind of see the people behind the food that we eat...it's really incredible."

Groff would agree: For some local growers, business has never been better.

"I know several local butchers that are - they're beyond busy right now," said Groff. "I know I just got a text from a friend of mine in Oregon he said that they themselves are butchering 16 steers today - there's a demand for it."

He says if you ever wanted to support your local farmer now is the time to do it.

"Continue to do it," explained Groff. "The more direct you can get to the farmer, the better it is for that farmer, and hopefully, the quality of the food is going to be better as well cause it hasn't going through as many hands."