Should Lancaster County develop its own health department?

Those in favor believe a county health department could better meet the needs of residents. Others express concerns over the potential cost. 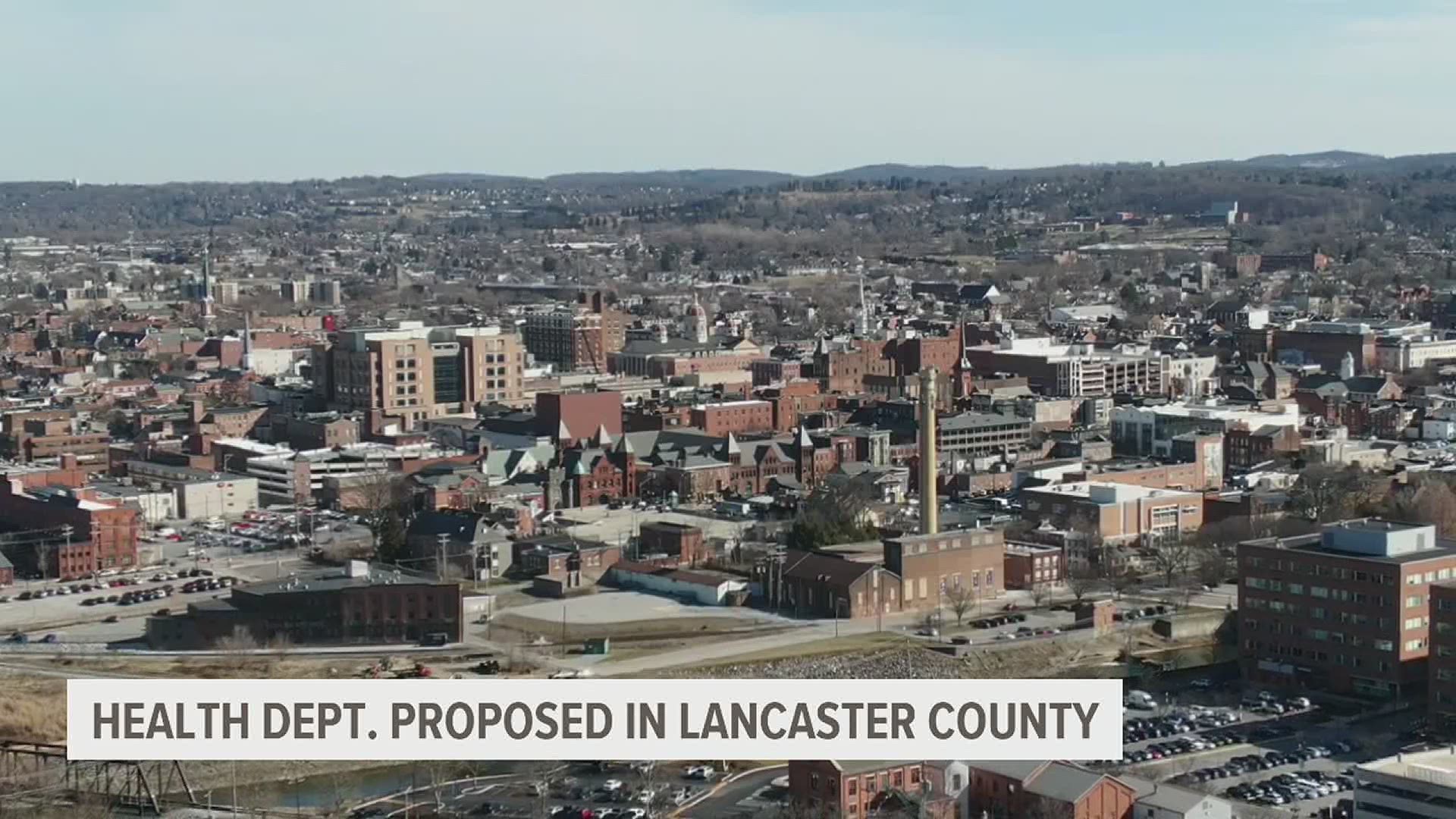 "This is a thing that spending a little money now is going to save us money for generations," Ismail Smith-Wade-El, Lancaster City Council President, told FOX43.

The municipal push for the creation of a Lancaster County health department started in Manheim Township, where local leaders passed a resolution in favor last month.

The resolution calls on the county to establish a health department by the end of 2021, if not before. Manheim Township officials sent the paperwork to every other municipality within county lines asking them to do the same.

Denver and Columbia Boroughs have already expressed some support.

Now, Lancaster City Council is following suit. Members are expected to vote in favor of establishing one at the upcoming Tuesday night meeting.

"It's a formal declaration of support, and when you look at Manheim Township, Denver, Columbia borough, and the city together, that's 110,000 to 115,000 Lancastrians saying this is something they want," added Smith-Wade-El.

Some elected leaders say they have heard otherwise. They have questions and concerns.

"To create another department at a local level, the county level, without an understanding what it would really mean, how much it will really cost, what it means under the 1951 law that allows the setup of local health departments, it's a little premature," Commissioner Ray D'Agostino told FOX43.

As a conservative, Commissioner D'Agostino says he's not necessarily against the idea; he just wants answers before he votes to use county dollars for the department.

"Let's just say it will cost millions. It's definitely expensive, but then the question becomes, are there other ways we can do this for less money?" said D'Agostino.

D'Agostino says it's too early to say exactly how much, but he believes it will be more than what taxpayers currently spend to utilize the PA Dept. of Health. A tax increase is a given, he says, but he is unable to specify how much at this time.

Supporters believe having a local health department will better suit the needs of residents and help to resolve the issues impacting them. They also cite a study by Franklin & Marshall College, which was partially funded by the United Way of Lancaster County, where respondents indicated support for the creation of a public health department.

"There is an aging housing stock all across Lancaster County. An entity which was educating all Lancastrians on the dangers of lead and providing mechanisms and perhaps a funding pass through for people to remedy lead in their own home, it would have a financial impact. It's generational," added Smith-Wade-El.

Commissioner Josh Parsons has criticized the above mentioned poll. He believes it used emotional language designed to receive specific answers. Parsons has also indicated he is not opposed to the idea, however, he wants facts that show it's a beneficial move.

“2020 has certainly shown us that we don’t live on an island," said Amanda Bakay, a member of Lancaster City Council. "Any time where we can agree with folks in Denver on something certainly means that it’s important enough that we all need to get behind it.”

Discussions on the matter remain ongoing.