It will be only the second time in history the U.S. Senate has considered legislation to establish a 51st state 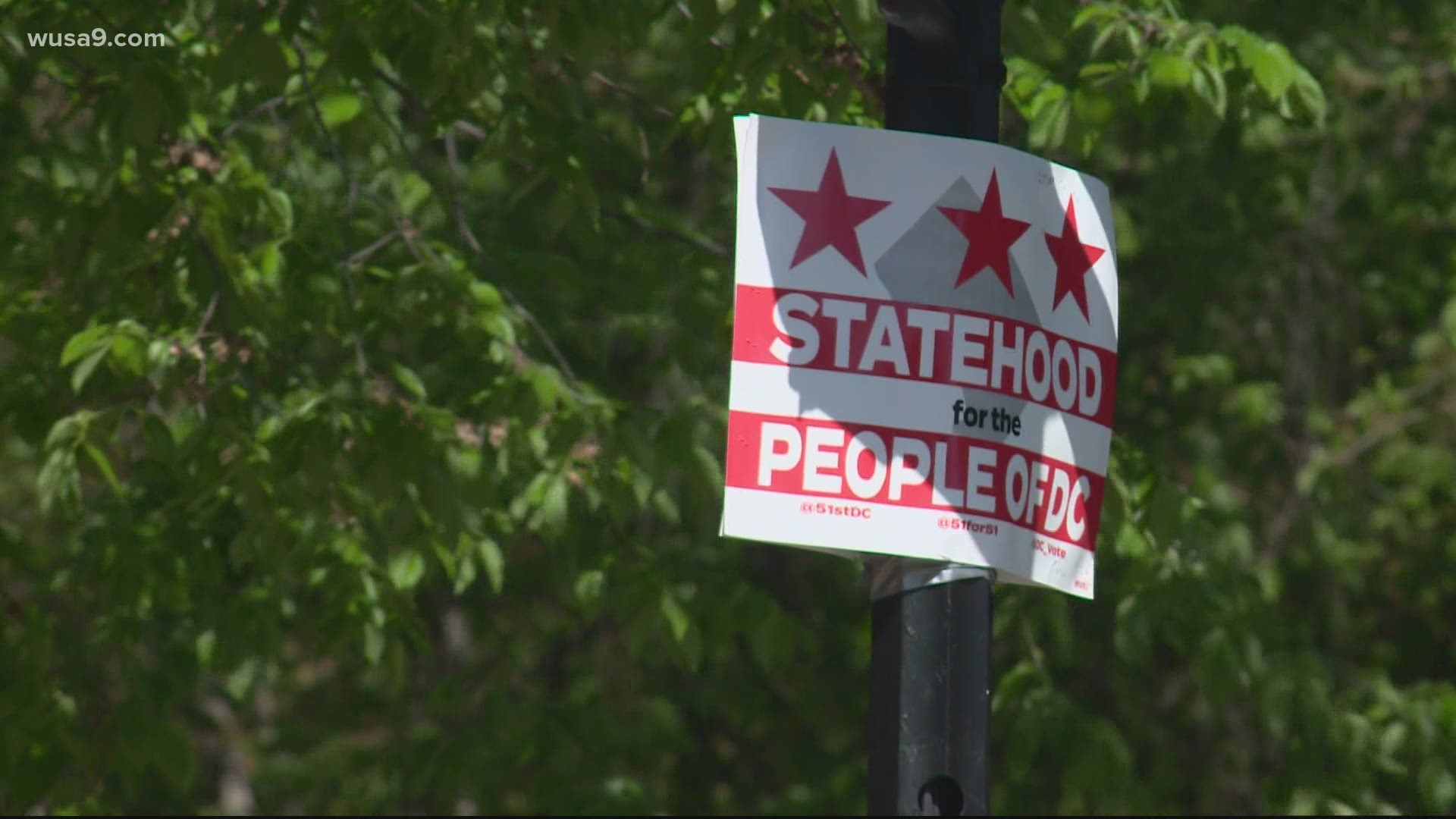 WASHINGTON — A U.S. Senate committee will hold a hearing on S. 51, the Washington, D.C. Admission Act, in June according to a Senate aide.

It will mark only the second time in history that a Senate hearing will hear discussion about establishing D.C. as the 51st state within the United States. The only other hearing came in 2014.

Sen. Tom Carper (D-Del.) is the lead sponsor of the Washington, DC Admission Act. Forty-five other senators, all Democrats, have signed on as co-sponsors of the legislation. Carper also sits on the Senate's Homeland Security and Government Affairs Committee which will be the venue for the hearing.

"I am excited that HSGAC is moving ahead with a hearing in June on the Washington, D.C. Admission Act,” said Carper in an emailed statement. "It is far past time that Congress right this historic wrong."

35 minutes of impassioned pleas by five Senators imploring their colleagues to consider #DCStatehood
The Senate has now moved on to other topics.
- We await a Senate committee hearing date for S. 51 in @HSGAC
- There are 46 Senators who have signed on to the bill@wusa9 pic.twitter.com/XCxxolVa3L

Carper was among five senators who took to the Senate floor Tuesday to passionately argue for Washington, D.C. to become the nation's 51st state.

"Our nation's capital is home to more than monuments and museums," said Senator Carper while highlighting the 15,000 active duty and reserve members of the U.S. military who live in D.C. but have no voice in Congress.

"Congress is well within its rights to grant statehood." -Senator Carper on the Senate floor countering arguments from the GOP that admitting DC as a state would be unconstitutional. #DCStatehood pic.twitter.com/AfUZWsaGkR

Thirty-nine constitutional scholars have penned a letter to House and Senate leaders supporting the constitutionality of admitting D.C. as the 51st state, despite Republican arguments to the contrary.

“The letter in clear language very effectively conveys that there is no constitutional barrier to admitting D.C. as a state, especially given that the bill retains a reduced federal district that will still serve as the nation’s capital," said Eleanor Holmes Norton (D-D.C.) in a statement.

You can read the letter HERE.

President Biden has pledged support for DC statehood efforts and has said he would sign the legislation if it reaches his desk.