Have you seen this bug? Relax, it's not a murder hornet

'The BugMan' Ryan Bridge, says the cicada killer wasp is being confused for a much scarier insect 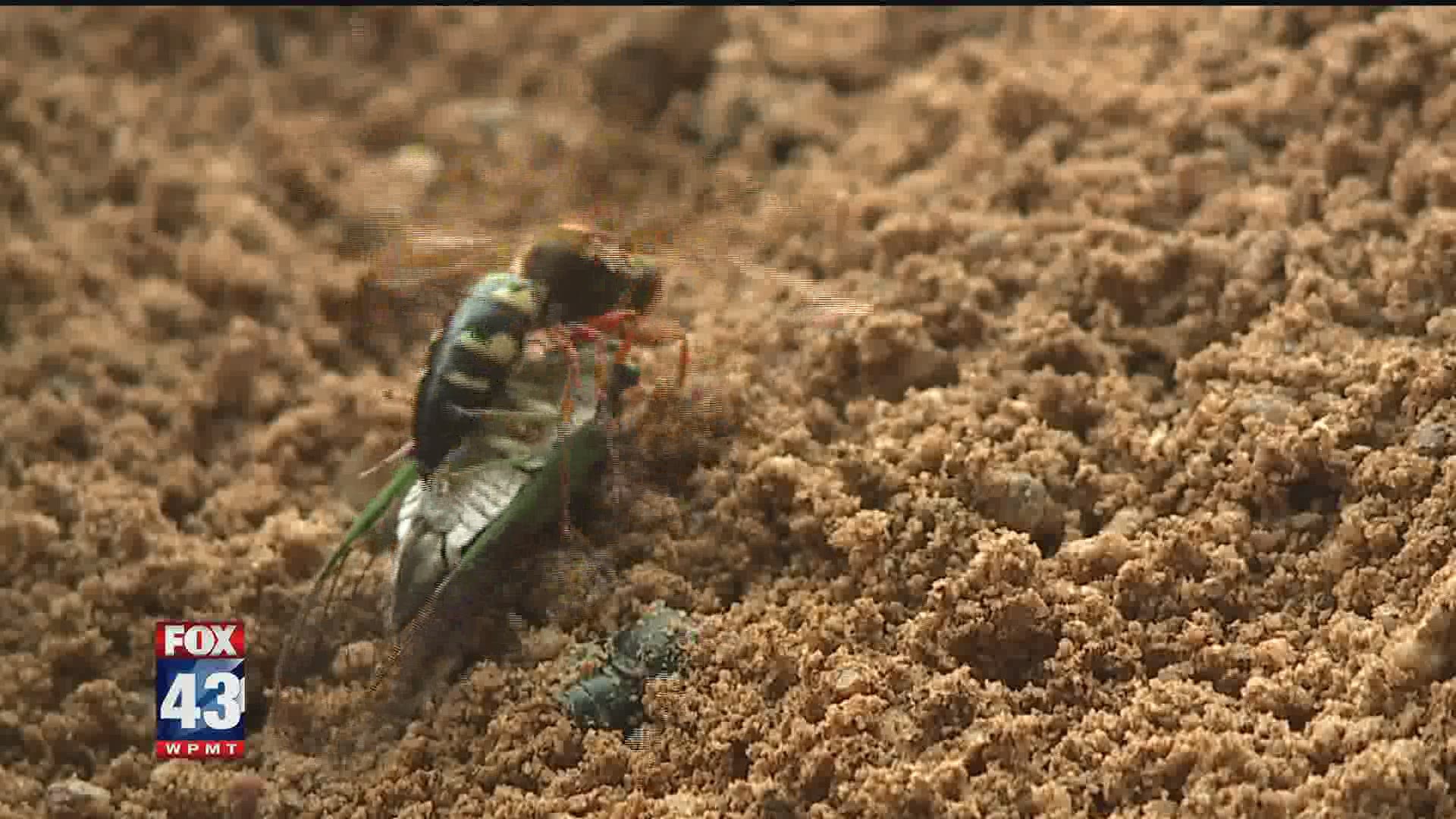 Ryan Bridge, better known as the "The BugMan," told FOX43 the cicada killer wasp is actually a victim of mistaken identity and it shouldn't be squashed.

"Even though close by, and in your yards, they're not there to hurt you. They're actually there to help us. They're taking care of the cicada population," said Bridge.

RELATED: VERIFY: What 'murder hornets' are and what they're not

RELATED: 'Murder hornets' are showing up in the U.S.

Bridge said the insect has been spotted in mulch, near homes, and near golf courses. He called the wasp a docile insect "even though people get freaked out because they think they're murder hornets, which they're not. Washington state, British Columbia, Canada, that's the only place you're going to find murder hornets. Relax."

The wasps are also far less frightening than the murder hornet as the insects have a sole focus of controlling the cicada population. Bridge calls the bugs a 'very low' threat to humans and said the wasps will only sting when agitated.

"A lot of people, when they first see these they think they have to control them and kill them and get rid of them," said Bridge. "We're talking about something that is very docile."

Still, Bridge doesn't recommend that people try to touch the insects or try to hold them.

"If you don't pick a fight with the wasps, they're not even going to notice you're there," he said.

The female cicada killer wasps do have s stinger which the insects use to stun cicadas. The wasps then drag the paralyzed cicadas underground where an egg will be laid on the cicada and the cicada will become food for newborns.

Bridge said the tunnels the killer wasps make can go 2-3 feet under the earth, leaving a mound of dirt above ground. The bugs gravitate to sandy, loose soil areas and usually emerge in the first two weeks of June.

Bridge said the insects do a great job in curbing the cicada population, so he suggests to everyone to leave the insects alone to do their job.

"If you grab a bee and hold it in your hand, it's probably going to sting you," said Bridge. "That's probably the rule you can go by."