After seeing the story air on national news, one man knew the letter belonged to his family. 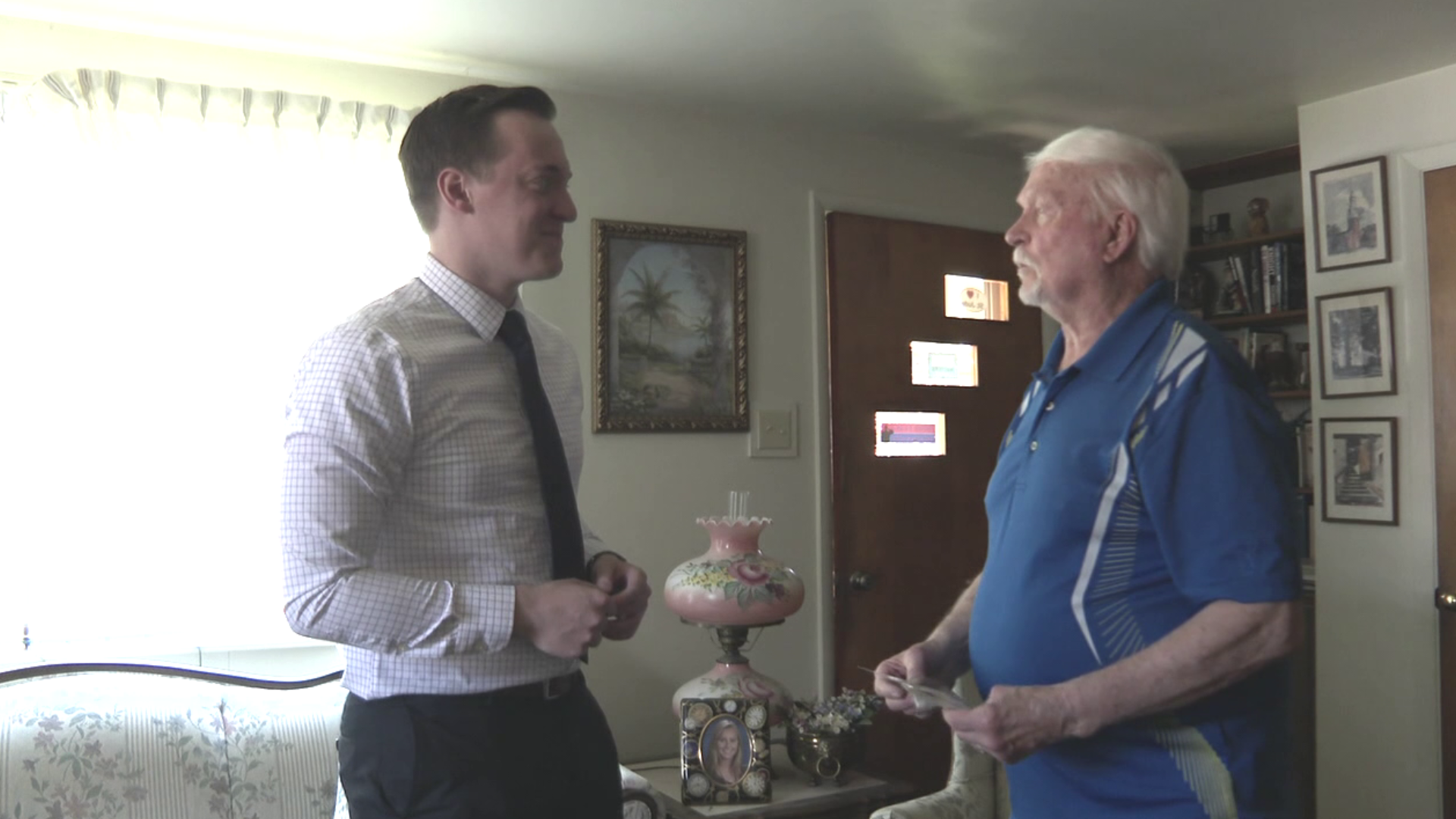 LINGLESTOWN, Pa. — Michael Kilkenny discovered a letter written in December 1942 while working in the basement of his mother's home in Shenandoah. It was sent by a "Brother John" and addressed to someone named "Mickey."

Kilkenny and his mother, Eileen Pfaff, reached out to Newswatch 16 for help finding the family. Since the story first aired on Friday, Eileen's phone has been ringing nonstop. One call stood out.

"He was mentioning names of the family, and every name he mentioned is in this letter. His sister Helen, John, Mickey, everything. I'm so happy he's going to receive this letter today," said Pfaff.

Confident she'd found the family but unable to meet him in person, Pfaff handed the letter off to Newswatch 16. After a ride down Interstate 81 to Linglestown in Dauphin County, I arrived at the home of 89-year-old Joe Mockaitis, giving him his first chance to see the letter.

"Oh, man. It looks like my brother's handwriting. I was familiar with it. It's really, really nice to have this in my hands," said Mockaitis.

Joe says his girlfriend saw the story on ABC's World News Tonight over the weekend.

"It sounded so much like we fit in because it mentioned my sister Helen also," said Mockaitis.

Joe says his brothers John and Mickey Mockaitis were at least 10 years older than him and passed away years ago. Both served in the Army Air force during World War II.

"My brother John was stationed in Texas, and he was a flight engineer," said Mockaitis.

"He was wounded twice, frozen feet one time. He went all the way across France and Germany," said Mockaitis.

Mockaitis doesn't have any explanation for how the letter ended up in the wall of the basement of Eileen Pfaff's home, but the veteran was excited to receive it this Memorial Day.

"This rock found out of the foundation to expose it. It's really amazing. I feel like it's a piece of history. It's making me think about going back to my hometown and getting more history," said Mockaitis.

Mockaitis says he plans to give the letter to Mickey's son so that, in a way, it can finally reach its intended recipient.