How to keep your home cool in a heat wave

SMUD says even adjusting your thermostat by a couple of degrees can make a 5 to 10% difference on your bill. 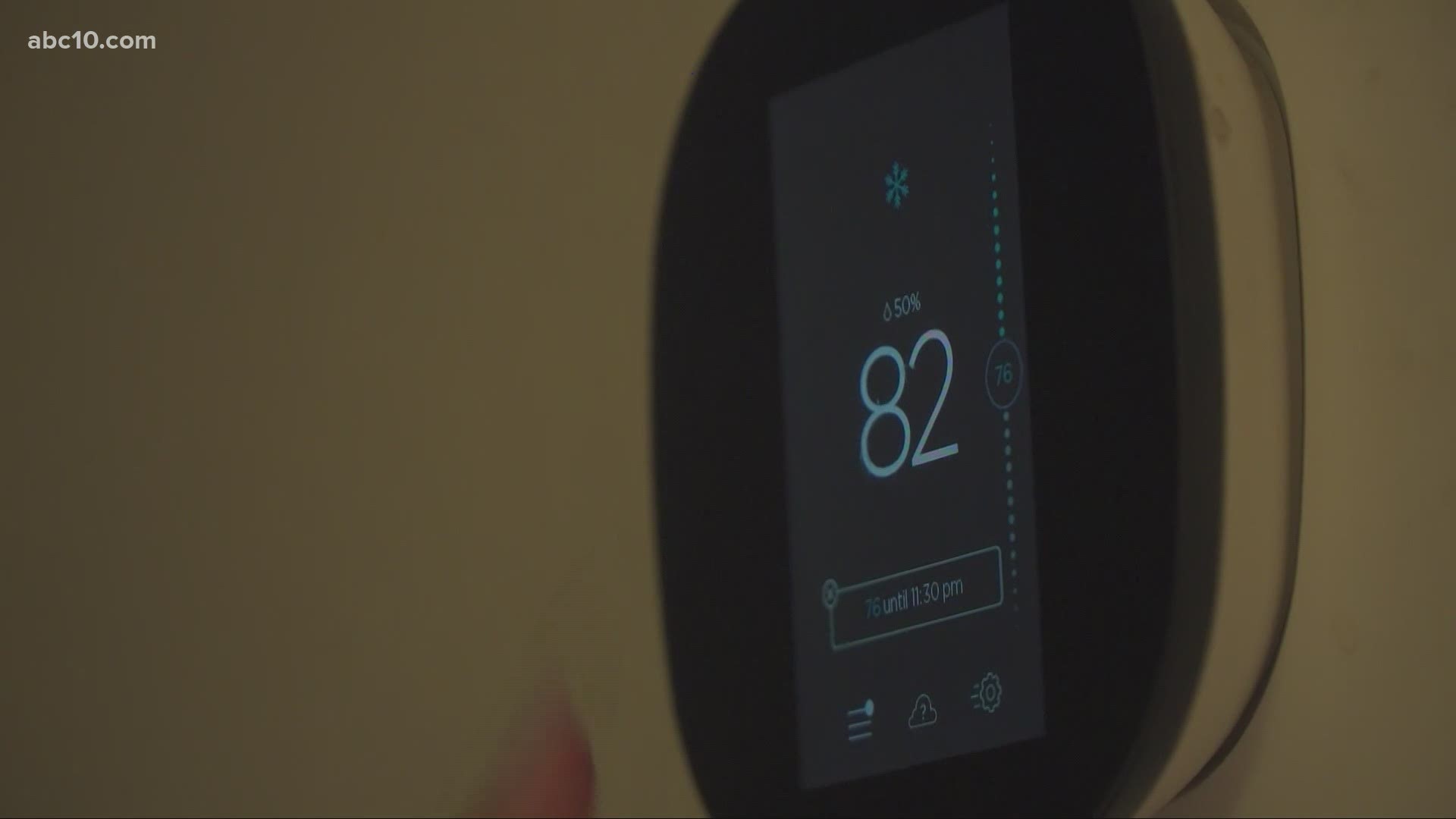 SACRAMENTO, Calif. — With a heat wave already upon the Sacramento region, there are different measures to take to help cool down your home, aside from blasting the air conditioner.

Hannah Tell has lived through her fair share of hot Sacramento summers, after buying her Del Paso Heights home back in 1988.

"I'm not feeling that good about this weather," Tell said.

While her home does have air conditioning, she refuses to keep it running all day.

"I can't afford it," she said. "When you're on a fixed income, you have to slow it down, know what I mean?"

Instead, she's found a few other ways to stay cool, with fans in every room of the house, doubling up on blinds and curtains and relying on the AC only in the mornings.

"What I do to keep it sort of cool in my house, I pull all of the shades tight, I get up early in the morning turn on the AC and I cool it off with the air conditioning and then about 12, I turn it off and all of the fans go on," she said.

Her neighbors use things like outdoor pools to keep their kiddos cool when the house gets too hot.

"One of the key things that we're telling people is to try and prevent your house from heating up to begin with," Lindsay Vanlaningham, a spokesperson for SMUD said.

SMUD says during the summer between the hours of 5 to 8 p.m. at night is when their rates are the highest. So in order to save money, they recommend using all major appliances before or after those hours.

"Even things like preparing cooler meals, using the crockpots and the microwave instead of the oven right, because your oven heats up your kitchen more too," Vanlaningham explained.

They say, even adjusting your thermostat by a couple of degrees can make a difference on your bill.

"Simply turn up your thermostat by two degrees, for every two degrees that you can raise it, you can save about 5 to 10% in cooling costs so that's a big one," she said.

If all else fails, Tell has one last option she relies on during heat waves.

"Just stay in the house, you got a bathtub, fill it up and get it in it," Tell said.

WATCH NEXT: How to avoid heat illness with triple-digit temperatures