The bill has multiple cosponsors. It also has some critics, including the PA Chamber of Commerce & Industry as well as the Hospital & Healthsystem Association of PA. 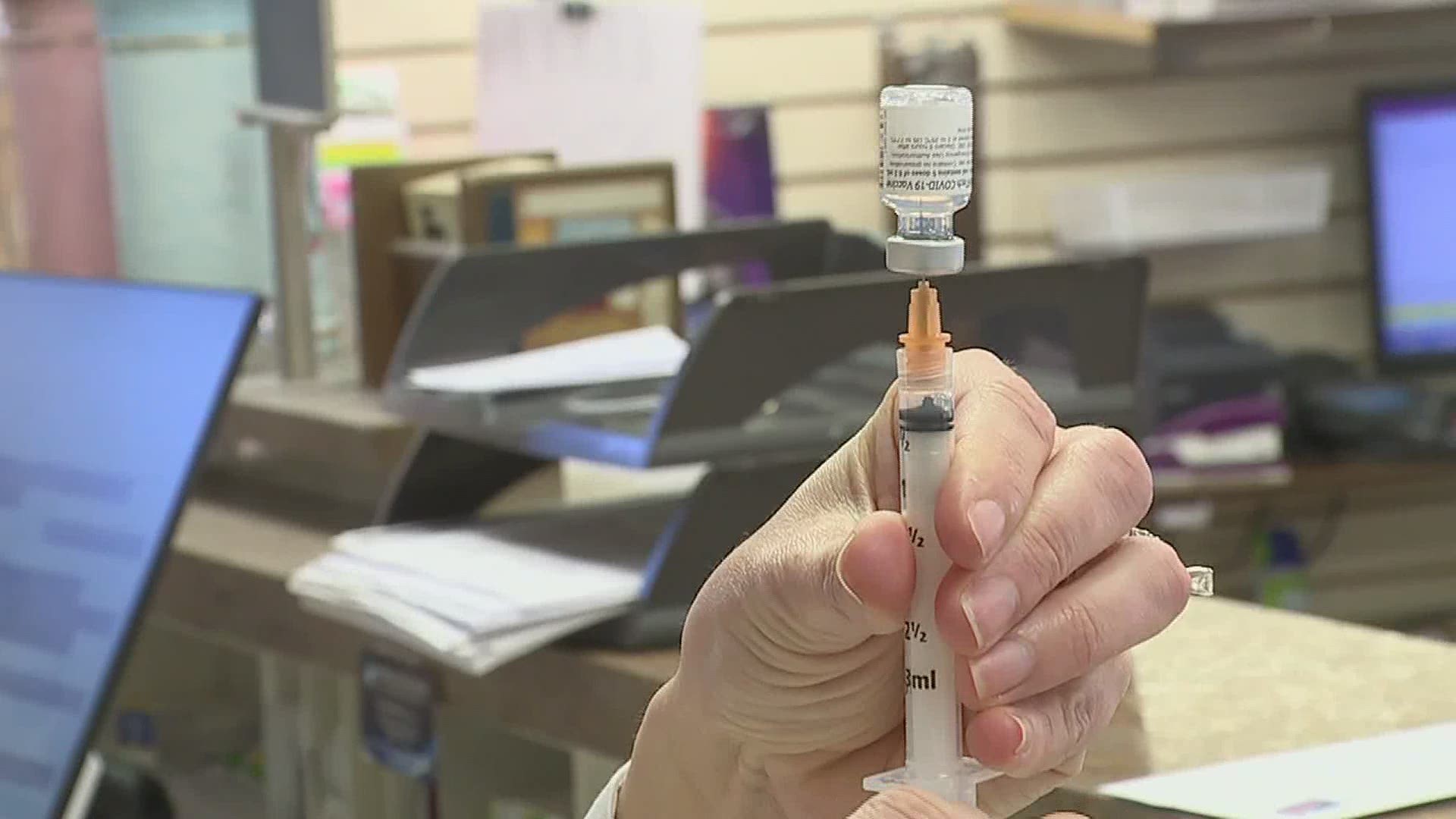 HARRISBURG, Pa. — A proposed Pennsylvania House Bill would grant employees the 'Right to Refuse' vaccination or "invasive medical testing" required by an employer.

"An employee’s body is their own, and employers should not be permitted to require invasive medical tests or vaccinations as a condition of employment," says Rep. Diamond.

If the bill is passed, an employee could also sue their employer for reinstatement, triple the amount of lost wages, reasonable attorney fees, and any other relief the court deems appropriate if the employee suffers discrimination or retaliation from the employer for refusing an "invasive medical test or vaccination," or for informing other employees about the provisions of the Act.

Rep. Diamond says exceptions would be retained for some specific medical testing that is required by state or federal law, testing for illegal use of drugs (except marijuana), and testing that is necessary to comply with federal OSHA requirements.

"There is a big concern among the public about this vaccine itself," said Rep. Diamond during a hearing on the bill. "This uses mRNA technology and, quite frankly, a lot of people are very leery of that."

The bill has multiple cosponsors. It also has some critics.

During a Labor and Industry hearing on the bill last Thursday, critics say the proposed legislation is dangerous and could create problems for employers who are already in hot water because of the pandemic.

"Employers have experienced enormous challenges over the last year," said Alex Halper, director of Government Affairs for the PA Chamber of Commerce and Industry. "Those who have made it this far are... many are still struggling and may see vaccinations as the key to to turning the corner."

Halper is one of the people who testified against passage of the bill.

"Under new federal guidelines, they [employers] have the ability to implement vaccine requirements, and we don't believe that right should be taken away by the government," explained Halper.

If passed, employers such as healthcare facilities or nursing homes would not be able to require vaccination.

"Or any vaccination, including a flu shot, which has been longstanding policy," added Halper. "They [employers] would be prohibited from requiring their workforce to get tested for COVID-19 or for other conditions. It may even prevent an employer from implementing things like a incentive program to get get vaccinated."

Dr. Fishman adds the bill could hinder efforts to immunize workforces which would ultimately lead to community spread of COVID-19.

Dr. Fishman explained how different diseases are more infectious than COVID-19, such as the Measles. Similarly, he says small pox is 30 times more deadly than COVID-19. He said small pox was eradicated with a vaccine.

In addition to the 'Right to Refuse', the bill would also prohibit retaliation against an employee who refuses a vaccination. Halper believes that could lead to additional problems for employers.

"That can be very broadly interpreted so if you're, for example, allowing employees to qualify for additional days off or qualify for a bonus or any kind of of an incentive, I think that could very easily be construed as discriminating or retaliating so to speak against an employee who chooses not to get vaccinated," added Halper.

There are multiple lawmakers in favor of passage, including State Rep. Barbara Gleim (R) of Cumberland County. Rep. Gleim says she isn't against inoculation; she just doesn't think workers should be forced to do so.

"I am pro business, but put yourself in the position of a woman who wants to start a family, and her employer is saying, 'you have to get a vaccine by this date or you no longer have a job.' You go to get the vaccine, and you get the Moderna paper. It says before you get the vaccine to tell your provider or primary care physician if you are pregnant or planning to become pregnant? What do you do?" questioned Rep. Gleim.

Meantime, Rep. Diamond cites the FDA's Emergency Use Authorization or EUA as motivation to create the bill.

"Let's be clear: This is not a typical vaccine. It has not been FDA approved. It's been approved for emergency use," added Rep. Diamond.

According to the FDA, a product is authorized for emergency use based on the best available evidence without waiting for all of the evidence typically required for FDA approval. If a vaccine meets the effectiveness standard and the benefit-risk assessment is favorable, the product is made available during the emergency. Once a manufacturer [such as Pfizer or Moderna] submits an EUA request for a COVID-19 vaccine to the FDA, the agency then evaluates the request and determines whether the relevant statutory criteria are met, taking into account the totality of the scientific evidence about the vaccine that is available to the FDA.

Other cosponsors say it's a matter of personal liberty being stripped from workers.

"There are so many issues that I think the state should not be involved in, and I think it's mandated or prescribed medical procedures," said Rep. Frank Ryan (R) of Lebanon County. "I firmly believe that the individual should have a relationship with their doctor that says this is a good thing or not."

For example, Rep. Ryan does not believe the state should attempt to supersede the recommendation of a doctor, OBGYN, or oncologist.

"Someone questions what are you going to do to protect a senior center if you have employers who say, 'I choose not to get the vaccine.' I do believe the employer has the right to mandate a test, and say 'before you walk into the facility to protect our patients, we need to do a quick test to see if you have symptoms,'" said Rep. Ryan. "One final example that has me really concerned: When I was in the Marine Corps, we had a vaccine mandate for anthrax. There was a lot of people who refused that, and I was one of them. I said, 'this is too unknown,' and as a result, there was a lot of pushback. Eventually, what happened, it became known that side effects were problematic and so they suspended anthrax vaccinations."

House Bill 262 is still up for discussion. Lawmakers indicated there would be additional talks on it during the Spring session.