Rezija Sabic was shot and killed while standing on the front porch of her residence in Swatara Township on July 28, 2010. 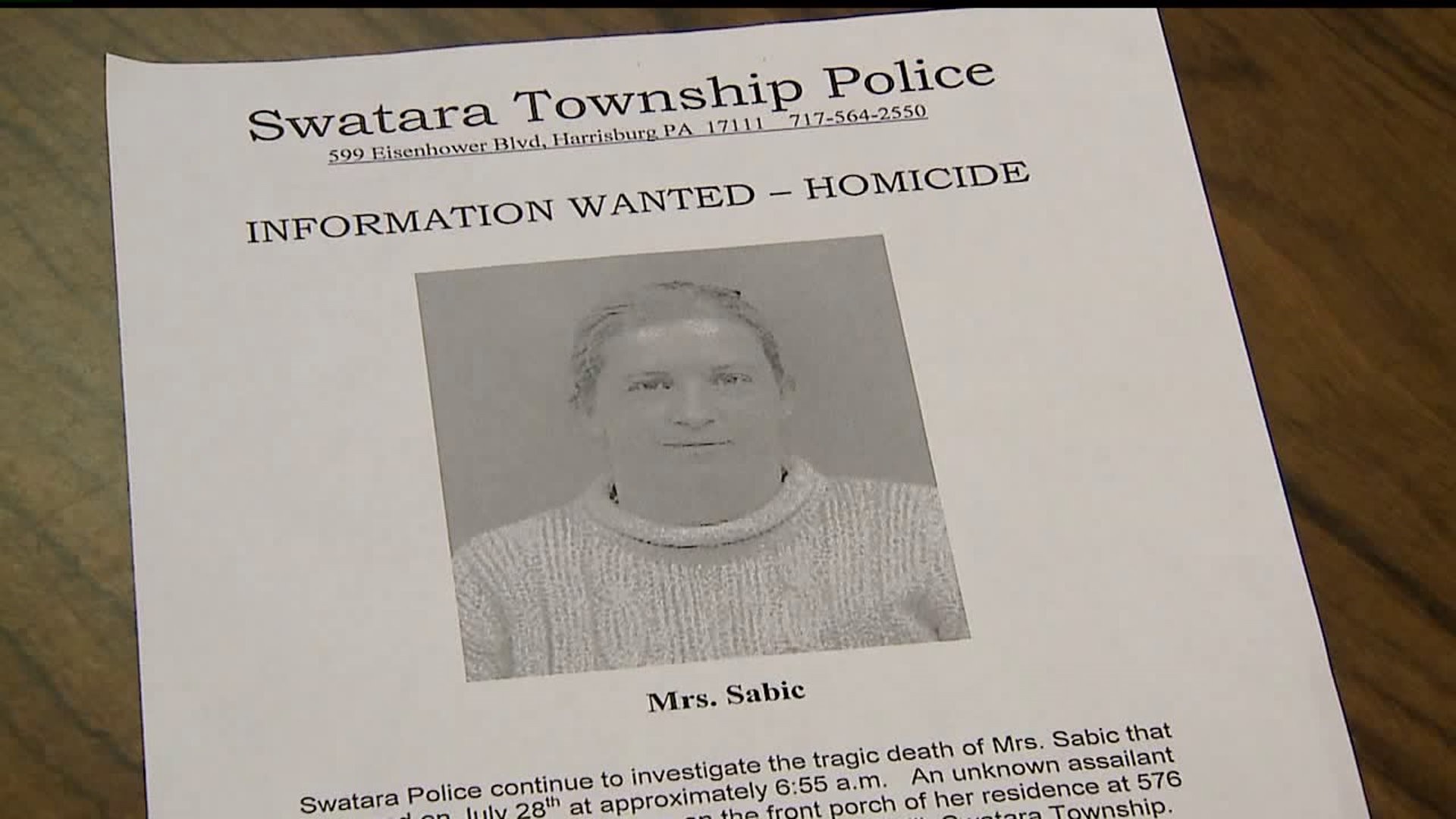 DAUPHIN COUNTY, Pa. — Editor's note: The above video is from October 2018.

It has been 10 years since Rezija Sabic was shot and killed on the front porch of her Swatara Township home. Her killer still remains at large.

She was taken to a local hospital and later died. Witnesses told police–whoever attacked her fired five or six times, but no one was seen fleeing the area.

Sabic’s husband, Senad, was at work at the time of her murder, police said.

A lead in the case came nearly two months after the killing. A man came to Senad’s work at Harrisburg International Airport and asked to speak with him. The man left before Senad got the chance to talk to him. Witnesses say the man spoke with an eastern European accent.

Police said they thought this was out of the ordinary because he didn’t ask for Mr. Sabic by his nickname.

They haven’t had any luck determining who he is.

The Swatara Township Police and the Dauphin County District Attorney's Office are offering a $25,000 reward for information leading to the arrest and conviction of the person or persons responsible for Sabic's murder.

Authorities ask anyone who may have any information regarding this crime to contact the Swatara Township Police Department at 717-564-2550 or by providing information through their website.

Any information provided to the police will remain confidential.