The retired police lieutenant is asking others to follow his lead. "It's your duty as a citizen," said Gerald Wilson. 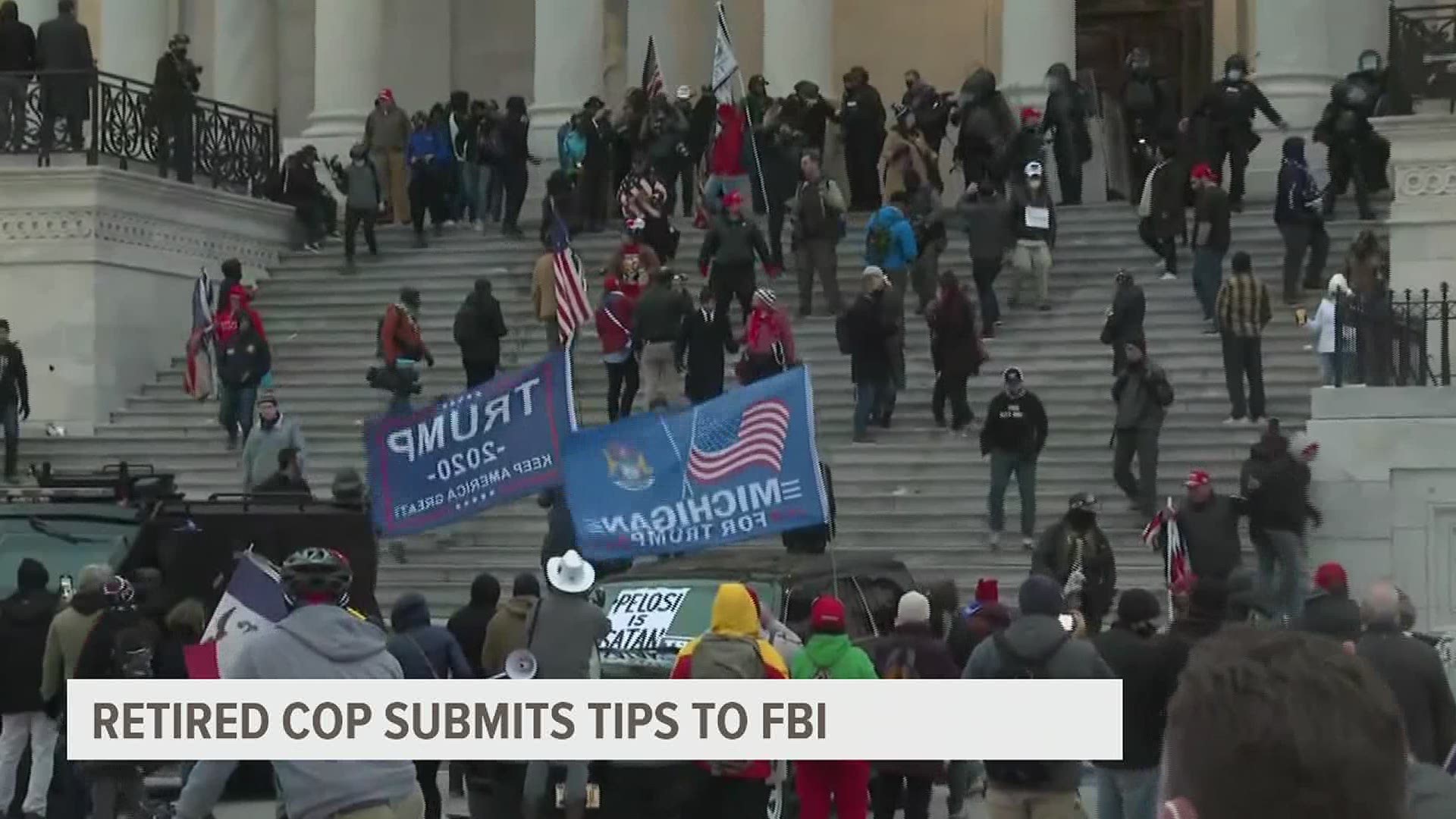 LANCASTER COUNTY, Pa. — A Lancaster County man is on a mission to identify people from our area who may have played a role during the attack at the Capitol last week.

Gerald Wilson held back choice words when asked about how law enforcement responded to the scene at the Capitol last Wednesday.

"I was going to say something bad. It's a shame there were law enforcement officers, now we're finding, were involved in this insurrection - police officers," stated Wilson.

Wilson said that as a retired Lancaster City Police Lieutenant with 26 years' experience wearing the badge.

"I hope that those officers were not under orders not to fire at any circumstances," he said. "I just hope that's not true."

He's not just concerned over how some law enforcement responded to the situation but that his comrades faced brutal attacks while defending the Capitol.

"I was completely appalled watching police officers get their heads bashed in with flag poles," said Wilson.

RELATED: VERIFY: No decision has been made to close the National Mall for inauguration yet, NPS says

The 67-year-old is using his experience as a seasoned law enforcement officer to comb through the video evidence to see if he can identify anyone from counties across Southcentral Pennsylvania. So far, he has submitted about 20 people's photographs. He says the people depicted are all local.

"The thing I am really looking for in my quest: People came back from there injured. What bus companies transported people back from the rally who were injured? Those names should be turned in," said Wilson.

Must those companies turn in names? Claire Finkelstein, a professor of law and philosophy and the director of the Center for Ethics and the Rule of Law at Penn Law says it depends on what those companies knew.

"First of all, if the bus companies had awareness of what the rioters, demonstrators were going to Washington D.C. to do, they could have some liability," explained Finkelstein.

With law enforcement agencies preparing for the possibility of future attacks leading up to the inauguration of President-Elect Joe Biden, Finkelstein is sending a warning.

"In no uncertain terms, the best thing to do in the run up to January 20 and on January 20 is to stay home," she said. "I do think there is potential for generalized liability in the wake of what happened last week because people were put on notice. They know there is the possibility for violence, and they, for that reason, could end up implicated."

Meantime, Wilson is asking people to follow his lead.

"It's your duty as a citizen," stated the retired police lieutenant.

Wilson does not believe everyone at the Capitol committed crimes. He acknowledges people are entitled to their right to free speech. However, he says people do not have the right to destroy Capitol property, to assault police officers, and to try to blame it on others.

The FBI is accepting tips and digital media depicting rioting and violence at the Capitol. You can submit information via the FBI's website.

FBI Seeking Information Related to Violent Activity at the U.S Capitol Building
The FBI is seeking information that will assist in identifying individuals who are actively instigating violence in Washington, DC. The FBI is accepting tips and digital media depicting rioting and violence in the U.S. Capitol Building and surrounding area in Washington, DC, on January 6, 2021.