The new restrictions went into effect across Pennsylvania at 12:01 a.m. Thursday 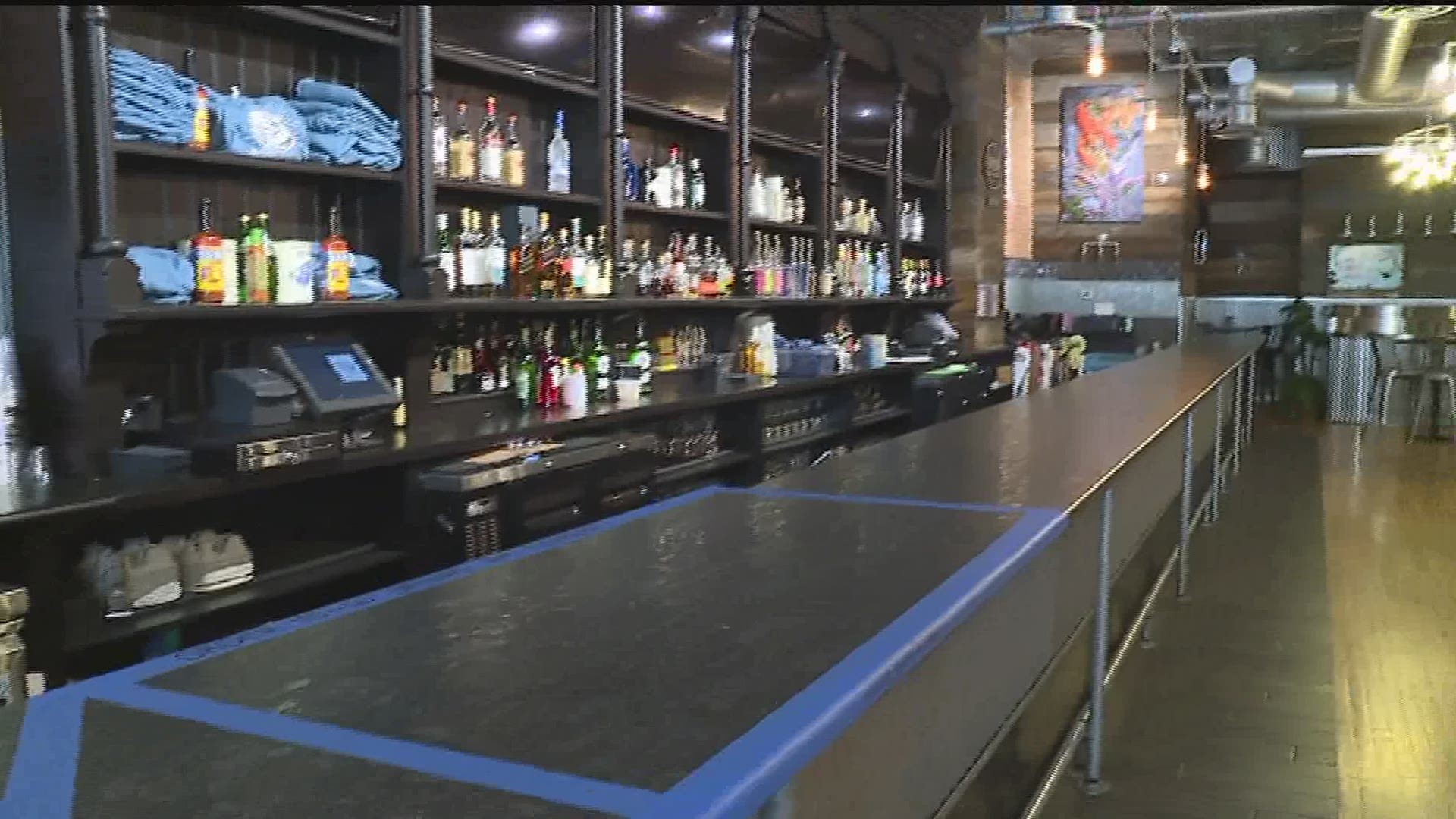 On Thursday restaurants and bars were hard at work implementing a new state order that further limits seating, service, and gatherings. But as the new rules go into effect, York County, leaders have a message for businesses: help is on the way.

Read the full restrictions from the state here.

"Certainly my goal is to do this in a phased approach. I mean $40.5 million dollars is a lot of money," said Julie Wheeler, President of the York County Commissioners. "So we want to be fair and equitable on how we distribute that."

York County Commissioners met Wednesday to vote on 11 'allocation categories.' But, the question over how much of the $40.5 million pie each 'allocation' will receive has not yet been decided.

Wheeler said conversations over small businesses, restaurants, and non-profits will likely be handled in phase one of the allocation process. The recovery task force, she said, also suggested that the county looks into the feasibility of establishing a Countywide Health Department and wider broadband.

Phase two, Wheeler said, will likely include conversations regarding tourism.

"The Commissioners utilized the recovery task force final report to help. So, we really took seriously the time our community leaders put forth in making those recommendations," said Wheeler.

The County will now begin work on an application process for owners and Wheeler encouraged the public to take part in the approval process for that application criteria. She also said commissioners plan to utilize the York County Economic Alliance in the conversations.

When FOX43 asked Wheeler when people could expect to hear how much money will be allocated to each category, she said "as far as timing on the actual amounts (of money) that's a great question. I would speculate by the end of July, our last commissioner's meeting in July, or the first meeting in August that we will have allocation amounts out for public discussion and approval."

But, as businesses wait to hear who will get CARES money and who will not, many are trying to stay creative to bring customers in the door and keep profits up amidst the pandemic.

Officials at Rockfish Public House and The Handsome Cab both credit outdoor dining experiences for helping to bring profits into their restaurants. Vehicular traffic has been closed every Friday, Saturday and Sunday to allow for expanded seating on the 100 block of North George Street.

"The outdoor seating does help us," said Annette Fisher, Assistant General Manager at Rockfish Public House who added, "we can seat 40 additional guests on the street."

"We were looking forward to this weekend. We finally had some momentum going last weekend in the street," said John Roeder, executive chef of The Handsome Cab. But, he said the changing rules from the state, and the new restrictions Thursday make it difficult for owners, especially when it comes to mapping out ordering and creating staffing schedules.

He said the 25% indoor seating capacity and expanded outdoor dining also forces owners to rely on the weather for profits.

"If the weather is not cooperating, we're going to take a serious hit. It's going to be hard to stay afloat," he said, later adding, "it's really tough to order and run a business responsibly when you don't know what's going to happen day to day."

As for the new restrictions, Fisher added, "we're trying to keep everybody positive and move forward and trying to make things safe for our guests."