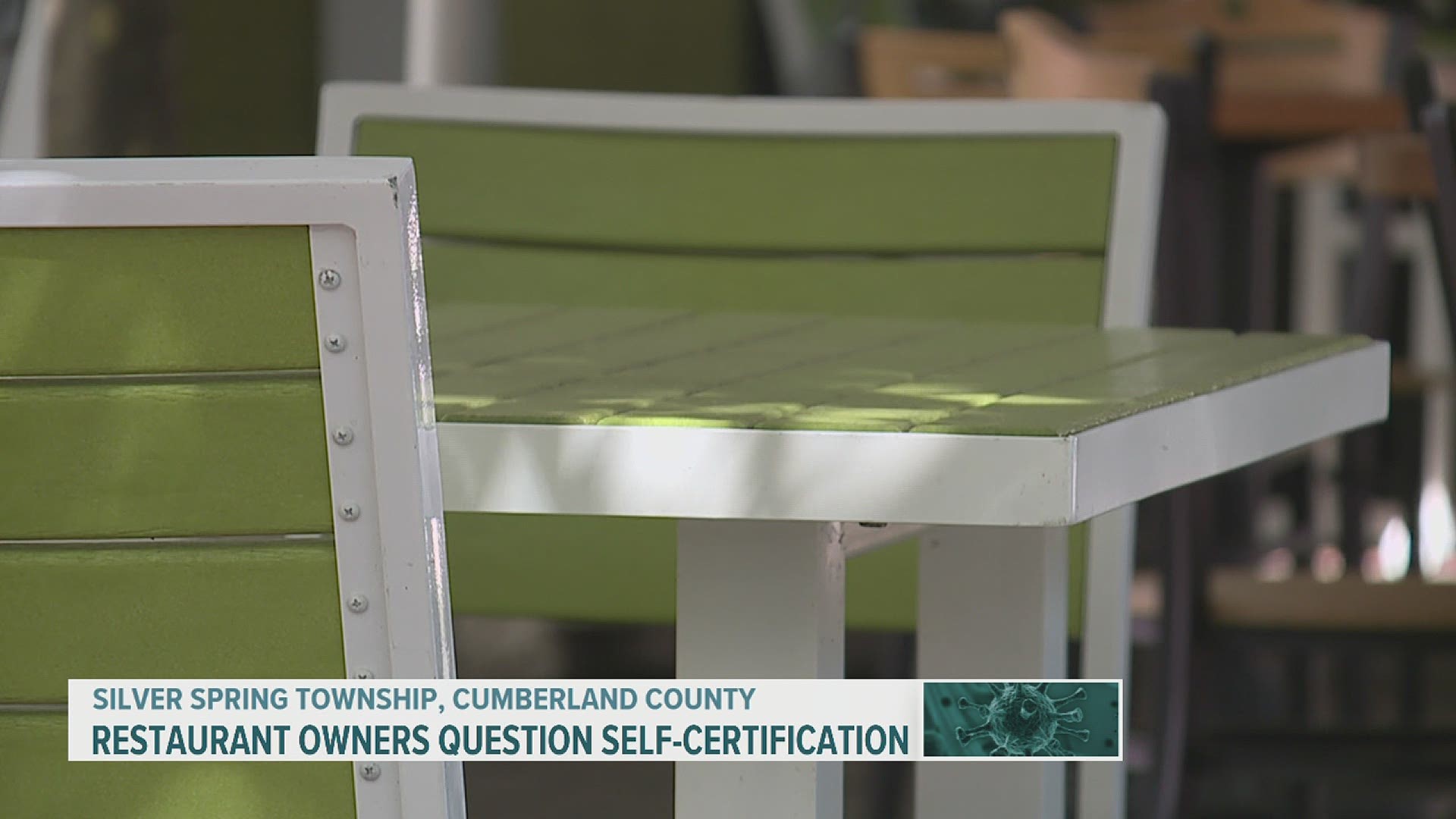 HARRISBURG, Pa. — Some Pennsylvania restaurant owners believe their industry is being unfairly targeted by the state's COVID-19 restrictions. Monday marked the start of the self-certification process for restaurants. Only owners who self-certify their restaurants are able to increase indoor dining capacity to 50 percent.

"We will not be self-certifying," said Matt Flinchbaugh, Home Slice at Walden and Flinchy's owner.

Flinchbaugh doesn't understand why he needs to self-certify with the state to increase his indoor dining capacity to 50 percent, when he's already been following the Wolf administration's guidelines.

"There's not one other industry that has to do anything that we've done," said Flinchbaugh. "Home Depot has not been shut down to 25 percent."

Flinchbaugh and other restaurant owners, like Sophia Nelms, owner of Sophia's at Walden say, with what they believe are strings attached to increasing indoor dining capacity, they may have to make tough business decisions in the coming months.

"it has taken so much money out of our restaurant that again, we're not really sure if more restrictions are put on us, whether we will have to close down for the winter," said Nelms.

FOX43 reached out to PA Department of Health Secretary Dr. Rachel Levine about the concerns restaurant owners have about the self-certification process.

"This is not to punish any specific industry," said Dr. Levine. "We've never wanted to pick on restaurants, bars and nightclubs, except they have been proven to be a source of the spread."

Dr. Levine says, there is national data that shows bars and restaurants contribute to the spread of COVID-19. Locally, she says, the most recent contact tracing shows of the 5,188 confirmed cases reported between September 6 and September 12, 38 percent (1,992) provided an answer to the question as to whether they spent time at a business establishment.

Of those who did provide an answer, 14 percent, or 272, answered yes, they visited a business establishment 14 days prior to onset of symptoms:

Dr. Levine says, the self-certification is the Wolf administration working with the restaurant industry to ensure those following mitigation efforts can increase their indoor capacity to 50 percent.

"We need them to do everything to keep the public safe," said Dr. Levine. "And this is their attestation that they are going to do that."

More information on the self-certify process can be found here.