Sam Guo, a co-owner of Silantra in Lancaster, says fulltime staff will make about $18 an hour with tips. The pay bump is possible in part because of CHIRP funding. 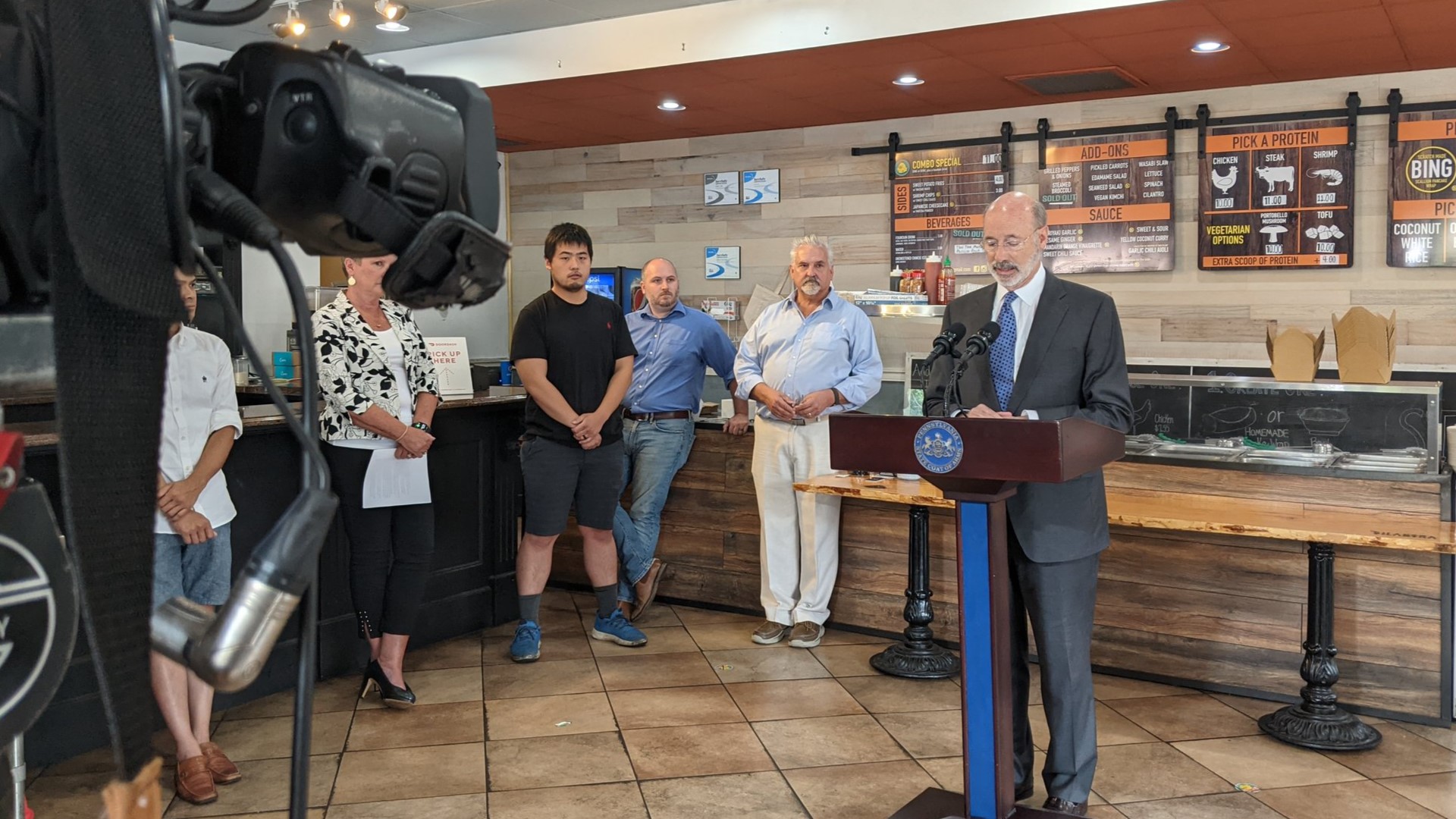 LANCASTER, Pa. — The hospitality industry is on the mend from the COVID-19 pandemic. Still, many businesses face considerable challenges.

Of the challenges, many business cite the struggle to keep and retain staffing, as well as supply shortages.

During a news conference at Silantra in Lancaster, Governor Tom Wolf discussed funding which is meant to help hospitality businesses which have struggled due to the pandemic.

"I am happy to announce as of August 1, all full-time employees and all new hires afterwards will be paid $15 an hour," said Sam Guo, a co-owner of Silantra in Lancaster.

Guo's announcement drew applause from members of the Wolf Administration and the governor himself. The six-year business owner said the pay bump wouldn't be possible without funding from the COVID-19 Hospitality Industry Recovery Program or CHIRP.

According to the Wolf Administration, they secured $145 million in pandemic relief for the hospitality industry. Of the $6 million received by Lancaster County, Silantra received $15,000.

"It really works," remarked Gov. Wolf. "In good times and bad, you really depend on your front line workers. If you're not compensating them fairly and adequately, they're not going to treat your customers well, and that's not going to do much for your business."

"I just see what's happening with inflation. I own a couple properties myself. Just looking at the price of staying alive, it's increasing," added Guo. "It's just the decent human thing to do."

"A shortage in supplies. Every two weeks one of our suppliers says, 'we're out of this,'" commented Guo. "It's a constant puzzle to kind of connect everything so you can operate."

Guo says there is also a younger labor force that will soon be going back to school.

"My biggest fear is once late August, early September comes, they're all going to go back to school so we're back left with three full-time employees," he said.

Even with those challenges, officials said they believe the hospitality industry is on the mend. During the event, Governor Wolf announced the mask mandate will not return, nor will mitigation orders.

"We're at least on the road to recovery," said Rep. Mike Sturla (D) Lancaster. "We knew we were going down the road. We just didn't know where the end was."