The City of Harrisburg is preparing for a large rally to take place at the capitol on Monday, following peaceful protests that took place over the weekend. 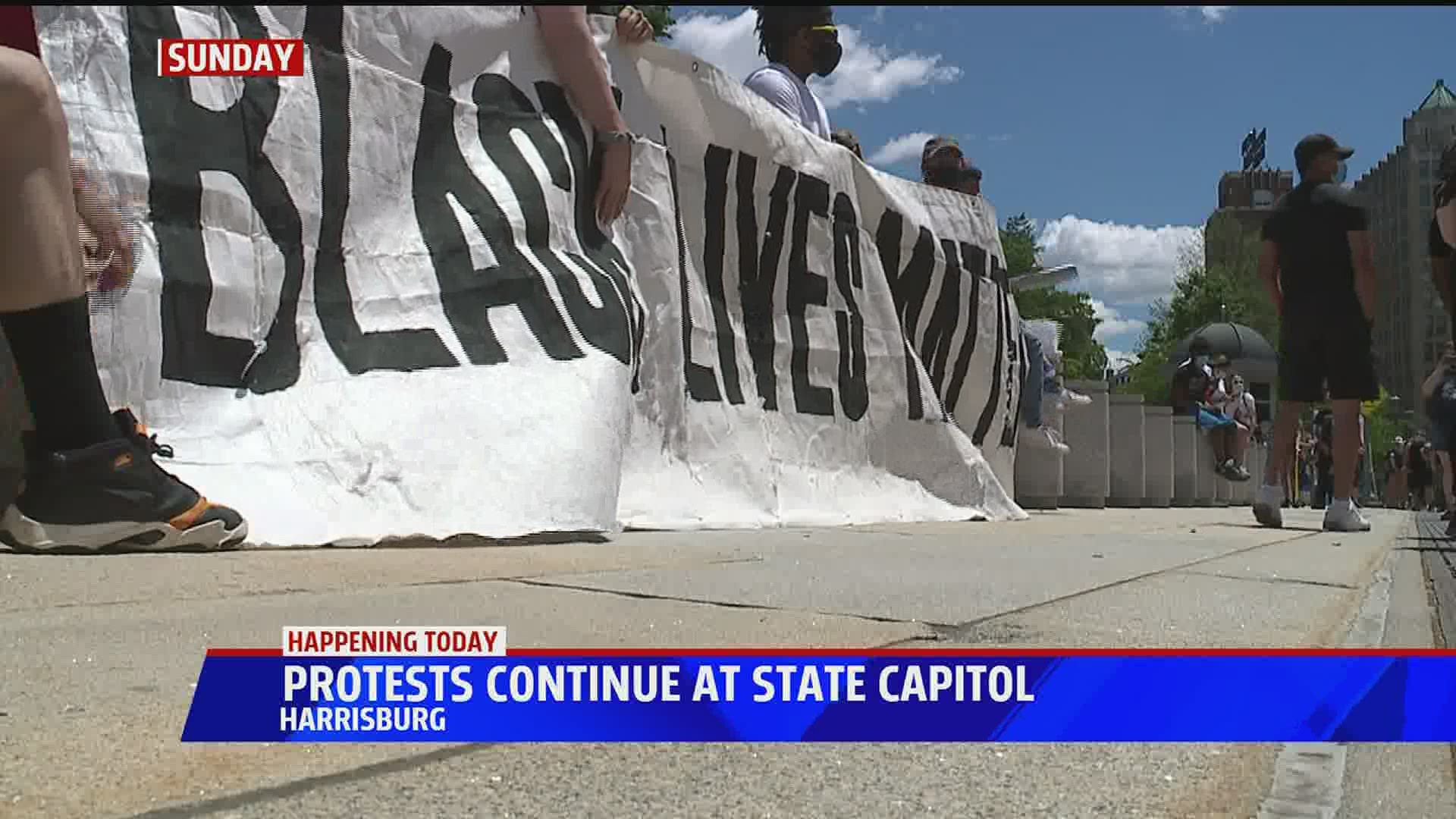 HARRISBURG, Pa. — Harrisburg officials are preparing for a large rally Monday morning at the capitol.

Sunday marked the second weekend of Black Lives Matter protests in Harrisburg. Mayor Eric Papenfuse hopes Monday's rally will remain peaceful like the ones that took place in the city over the weekend.

Hundreds gathered for a "Unity Rally" on Sunday in Harrisburg. After meeting at the capitol steps, the crowd marches on to the Harrisburg Police Station, where they kneeled in silence to honor George Floyd.

Demonstrators said they will keep coming out until they start to see signs of real change. They said they are determined to end racial discrimination especially within the criminal justice system.

Sunday night Harrisburg officials sent out a release saying they hope peaceful protests will continue, and are expecting heavy foot traffic downtown on Monday. Barricades will be set up in multiple locations along Forster, Second, and Third streets. Officials also mentioned they anticipate a large number of outside advocacy groups to attend the rally.

“I encourage Harrisburg residents to stay home and not go downtown tomorrow morning if possible. While we are hoping for peaceful demonstrations, there will be an increased police presence to direct traffic and deter potentially volatile situations,"  said Mayor Papenfuse.