The number of animal abuse investigations has increased in York County

There has been an increase in animal abuse investigations in York County this year. Animal advocates expect a rise in complaints as winter approaches. 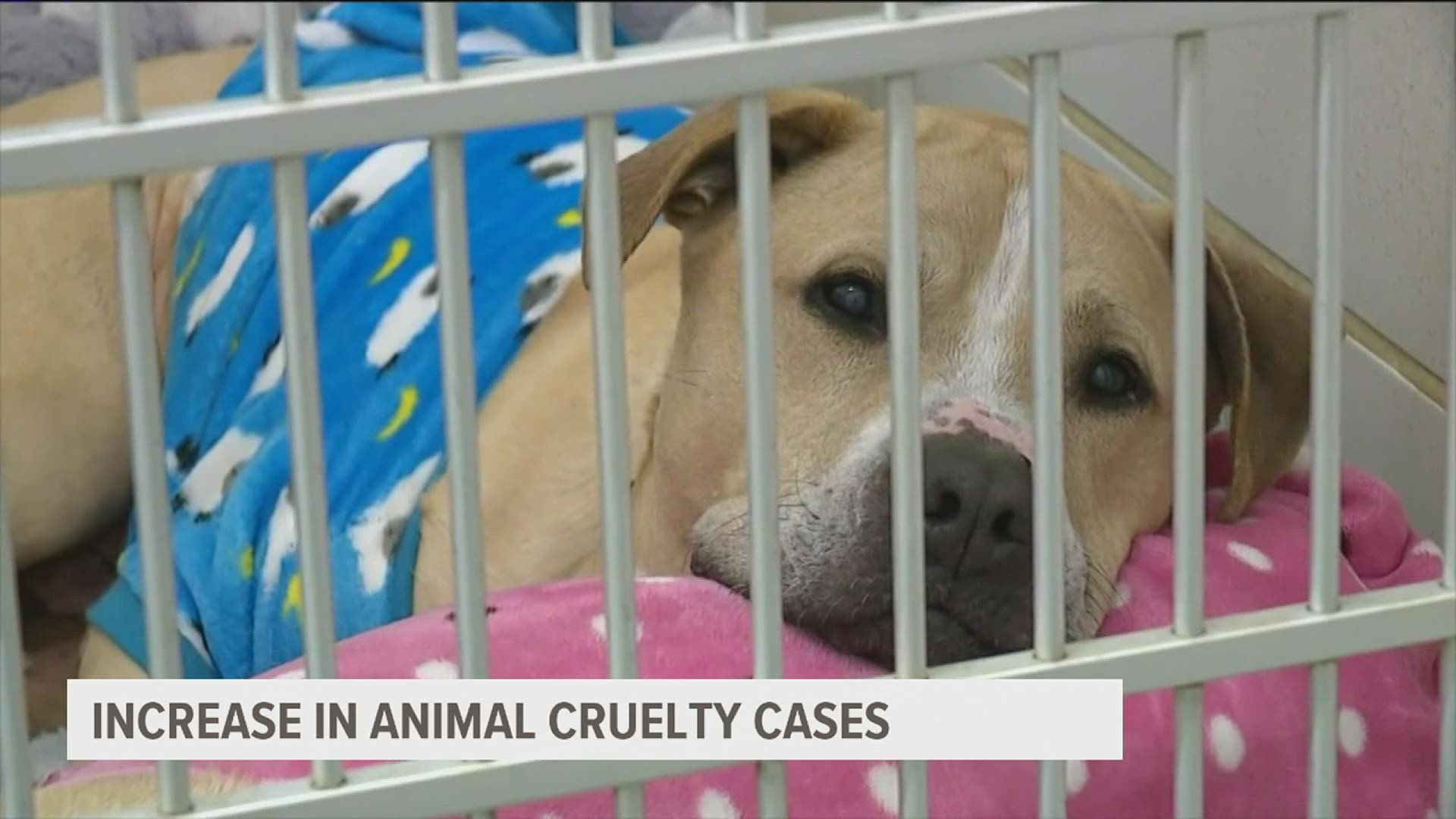 YORK COUNTY, Pa. — York County has seen an increase in cases of animal abuse and neglect. There have been more than 165 investigations of animal cruelty so far this year and soon there may be a sharp rise in the number of complaints about dogs left outside in the cold.

Though dogs at every shelter are waiting for a new “leash” on life, not every home is safe. Steven Martinez, executive director of the York County SPCA, said they have been inundated with reports of suspected animal abuse and neglect.

“This year, so far, we’re probably going to conduct over 900 welfare checks so if people see something, you know, they report it to us which is a good thing,” said Martinez.

As winter approaches, more people grow concerned about dogs that are tethered outside and left in the cold. Under Pennsylvania law, dogs cannot be tethered outside longer than 9 hours unless they have access to water, shade or clean shelter. Tethering does not always rise to the level of animal cruelty.

“That’s not always a bad thing for the animal. I have a Norwegian Elkhound. That animal loves the cold, wants to stay out in the cold for as long as I’ll let him and, you know, that’s ok. That’s what he wants and I’m watching over him,” explained Martinez. “But, if a chihuahua is out in the cold, that’s a different situation. You’re probably going to want to keep a close eye on it and not leave that animal outside for very long.”

Owners who tether their dogs in temperatures below 32 degrees or above 90 degrees for longer than 30 minutes and fail to provide adequate shelter can be charged with neglect. People should contact their county’s humane society police officer if they have any reason to suspect something just isn’t right.

“If the dog is whining or crying or severely emaciated, there’s clearly something going on. Our job is to investigate those situations,” added Martinez. “If their gut is telling them that something’s not right, that would be a good time to call the York County SPCA.”