In light of the cancellation of the Keystone XL Pipeline, Pa. activists are renewing calls to shut down the Keystone State’s own major pipeline, Mariner East. 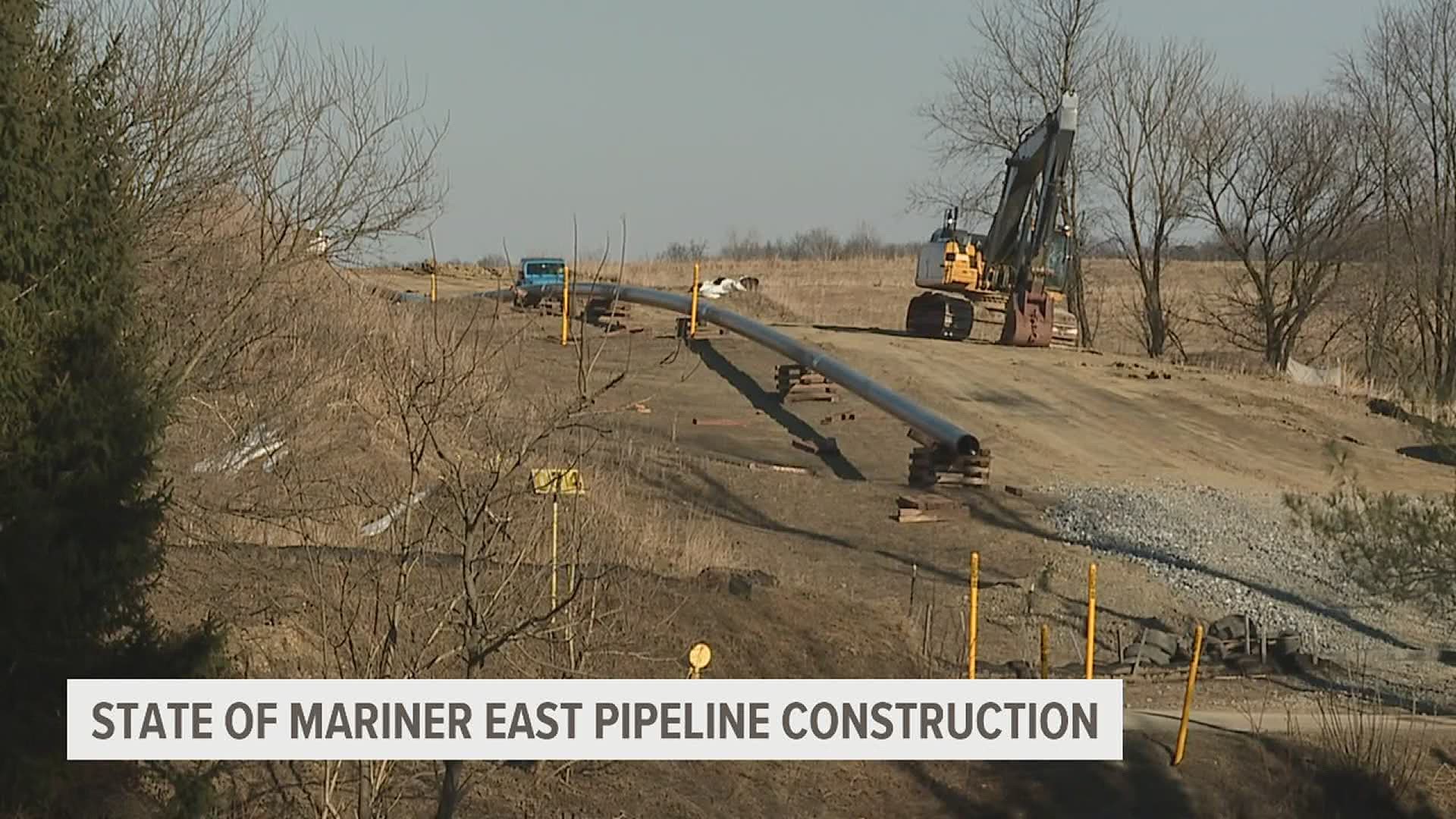 HARRISBURG, Pa. — In light of the cancellation of the Keystone XL Pipeline, Pennsylvania activists are renewing calls to shut down the Keystone State’s own major pipeline, Mariner East.

Mariner East Pipeline carries natural gas liquids (NGLs) from the Marcellus and Utica Shales in eastern Ohio and Western Pennsylvanian to Marcus Hook, Pa., a port along the Delaware River in eastern Pennsylvania. The materials are exported and used in plastics production.

Over four years the Pa. Dept. of Environmental Protection (DEP) has fined Sunoco about $16 million for more than 100 violations.

In Central Pa., the last major violation happened in October 2020, when construction on Mariner East 2 led to spills of drilling fluids consisting of bentonite clay and water, also known as inadvertent returns, into Snitz Creek in Lebanon County.

“There is no benefit to Pennsylvania, but we’re bearing all the risk and all the environmental damage that is caused,” said Jillian Graber, executive director of West Pennsyvlania-based environmental advocacy group Protect PT (Penn-Trafford).

Chester County resident Christina “PK” Digiulio suspects the leak was the cause of a bacterial illness she said she and both her parents contracted soon after. She said the family tested positive for Shiga toxin, a potentially deadly toxin that can be transmitted through cow feces.

Digiulio believes the bacteria came through the private well used for the water supply in her Upper Uwchlan Twp. home.

“Sunoco happens to be drilling right through pastures that put manure down, so they basically are drilling a tunnel into our groundwater system,” Digiulio said.

Digiulio advocates against further construction of the pipeline, but said if the project continues she would value more transparency and informed consent of those who live nearby.

“I’m not going to tell what my neighbor wants, so if they’re okay with it, that’s fine. But as adults, give us an opportunity to make a decision,” she said.

Graber said the cancellation of the Keystone XL Pipeline project gave her hope that the Mariner East 2 and 2X construction could cease, but doubted that would happen as long as the project remains cost-effective.

“I think with all of the disasters that we’ve seen and the rerouting that Sunoco has done, that they should have given up a long time ago if it was not going to be cost-effective for them to do this,” Graber said.

The Pa. DEP referred questions to Sunoco, which did not respond to a request for comment.