Rabid coyote killed after attacking two people and a dog

After being put down Feb. 11, the coyote tested positive for rabies 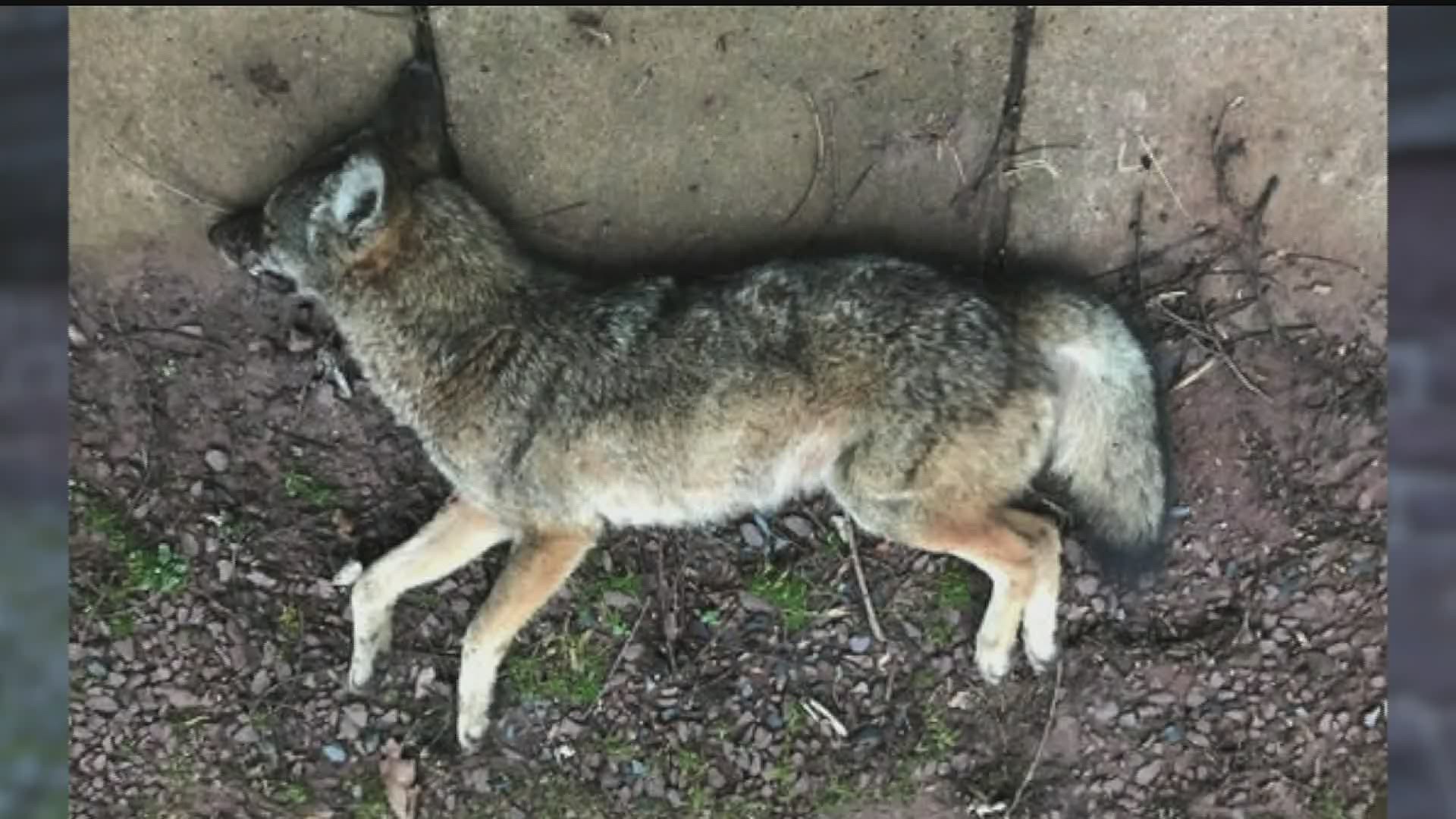 DOVER, Pa. — A rabid coyote that attacked two people and a dog in York County was killed Feb. 11.

The coyote attacked the dog of a man in Dover Monday morning, and the man was also scratched in the scuffle when he intervened.

Later that day the same coyote approached Dover resident Paul McCue, who was in his garage unplugging his electric car.

“All of a sudden I felt something pushing into the back of legs,” McCue said. “Then it started biting and scratching at me.”

The coyote broke the car's power cord while trying to carry it away, McCue said.

“It was definitely surreal,” he said of the incident. McCue managed to get a photo of the coyote and posted it on social media.

Neighbors began warning each other via social media and email about a possibly dangerous coyote in the area. With news of the attacks spreading online, the Pennsylvania Game Commission began a search for the coyote. Officials suspected by the animal’s “erratic” behavior that it had rabies. Residents who saw the coyote reported it looked like a normal female coyote, but had no problem approaching people.

“It's almost unheard of,” said State Game Warden Scott Brookens. “They very much thrive on secrecy. They don't want to be around humans.”

Newberry Township resident John Seitz had seen the email, so he wasn’t surprised when he was cutting wood in his yard Feb. 11 and saw the coyote coming toward him.

“It was running at me down the driveway,” Seitz said. “So I hurried, jumped in the truck and it hit the door as I closed it.”

Seitz drove down the road to warn his brother, Charles.

“He should be careful and stay in the house and not go out at night,” Seitz explained.

When he got out of the car, he saw the coyote had followed him. It was moving toward Charles’ front door. Charles had seen the coyote but thought it was a dog and went back inside.

Seitz pulled out the rifle he had brought and hit the coyote in one shot.

The coyote tested positive for rabies, the Pennsylvania Department of Health confirmed Feb. 12.

Both people attacked, as well as the dog, received rabies treatment.

If you see an animal acting strangely, you should call the Pennsylvania Game Commission or your local police, officials said.