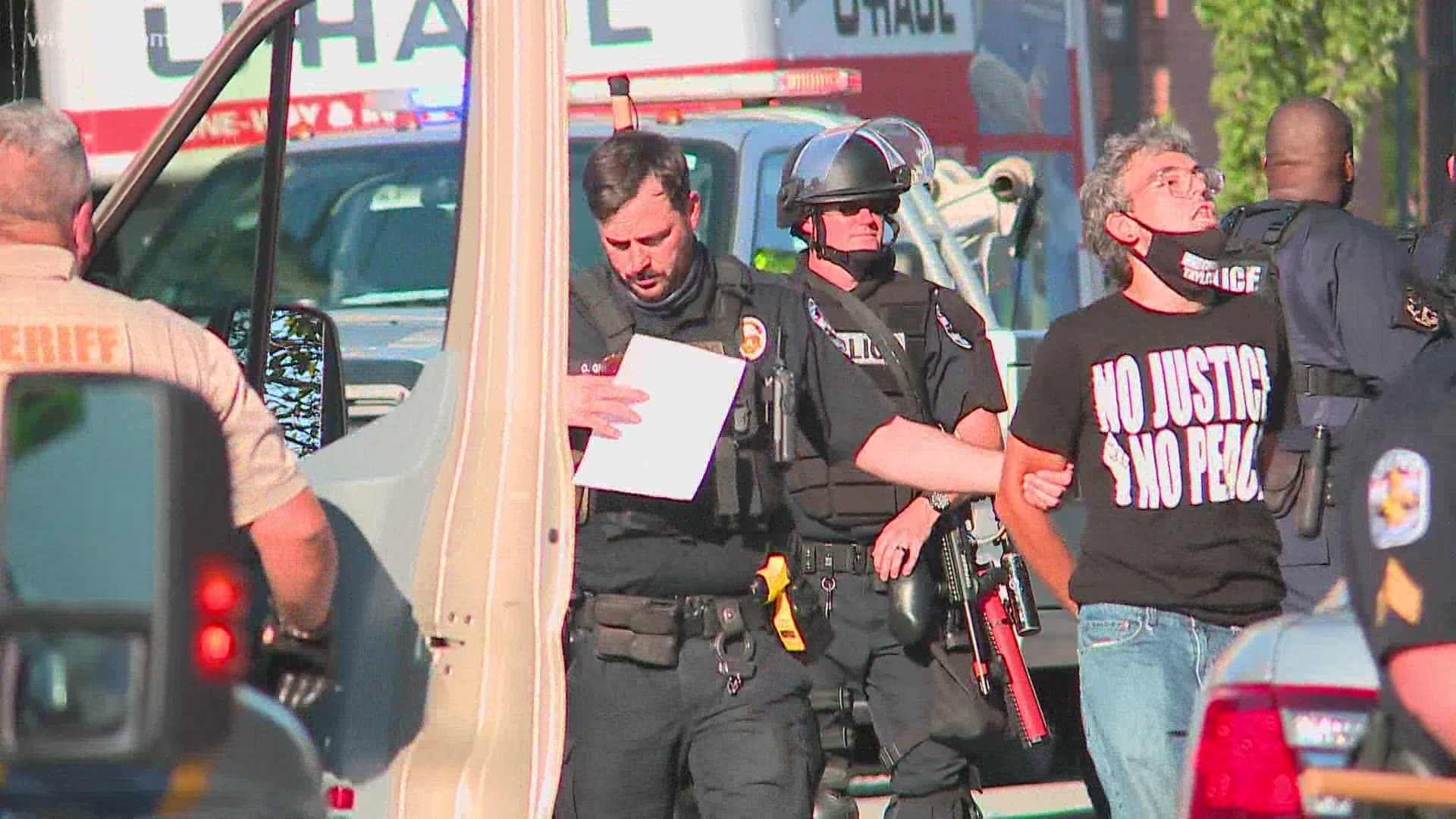 LOUISVILLE, Ky. — Seventy-six protesters were arrested during a demonstration for Breonna Taylor in NuLu on Friday.

A group of protesters began their march at the Big Four Bridge and continued into the NuLu area where the blocked the 600 block of E. Market St., calling for justice in Taylor's case.

"It was an innocent protest. There was music, people gathered together," Iris Butler, a protester, said.

Butler came to Louisville from Denver to participate in a different protest Friday. She said her group passed NuLu on the way to their hotel and noticed SWAT vehicles on E. Market St.

An LMPD spokesperson said the charges protesters face include obstructing a highway and disorderly conduct. A few people also face charges of assault for throwing water bottles at police.

"What I saw was a bunch of people telling police what's really happening over excessive force. Breonna Taylor died in her house," Butler said.