Pennsylvania does not currently regulate the sale, purchase or possession of ammunition. 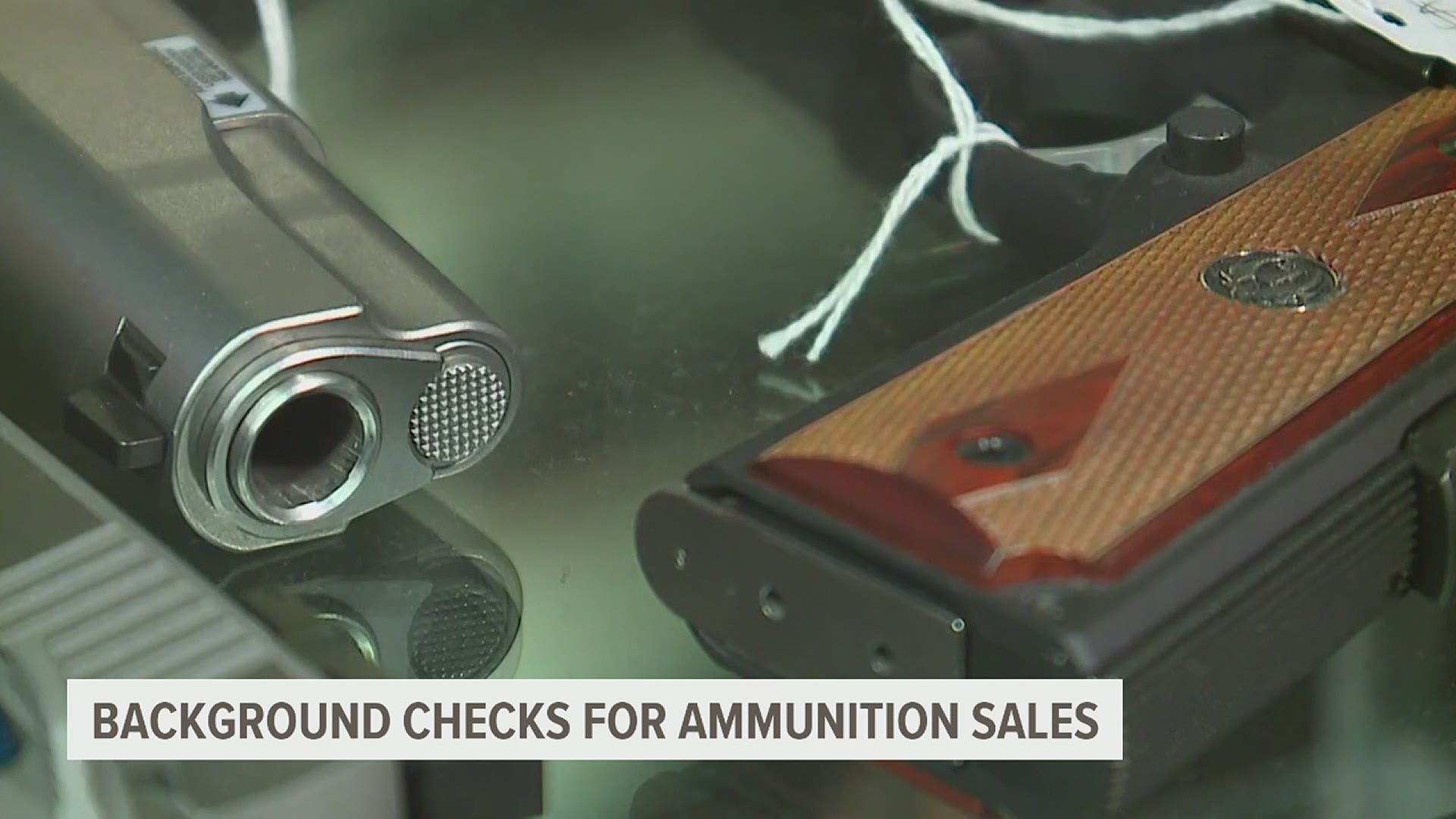 HARRISBURG, Pa. — A state lawmaker has re-introduced legislation to require background checks on gun ammunition sales. Pennsylvania currently does not have any regulating law for the sale, purchase or possession of ammunition.

The bill would only allow licensed firearm dealers to sell ammunition and would allow businesses to use existing licenses to sell both firearms and ammunition. Right now, Pennsylvanians who are prohibited from buying a gun can still purchase ammunition.

New York, California, Connecticut, Illinois, Massachusetts and New Jersey all have some type of regulating law requiring a background check to purchase ammunition.

The bill is being re-introduced by State Rep. Brian Sims of Philadelphia. He says, it's mass shootings, like the one at a movie theater in Aurora, Colorado in 2012, as the reason behind the legislation. In that shooting, the perpetrator was able to legally order more than 6,000 rounds of ammunition online.

"Pennsylvania's sort of the wild west when it comes to ammunition. What we've seen from a number of mass shootings in the US, in the days and weeks leading up to those mass shootings, the perpetrators were able to buy thousands of rounds of ammunition. highly specialized ammunition for weapons of war in a completely unregulated environment," said Rep. Sims. So, the hope is here to treat that ammunition, which is deadly, the way which we would treat guns which are also deadly."

State Rep. Sims knows getting this bill passed will be an uphill battle, as republicans control both the state house and senate, and in the past have opposed this bill. FOX43 reached out to a spokesperson for House Leader Kerry Benninghoff and the House Republican Caucus, but he has not responded to our request for comment.

The legislation currently sits in the House Judiciary Committee.