On Jan. 14, President-elect Joe Biden unveiled a new resume plan to aid those in need as the country continues to be affected by the COVID-19 global pandemic. 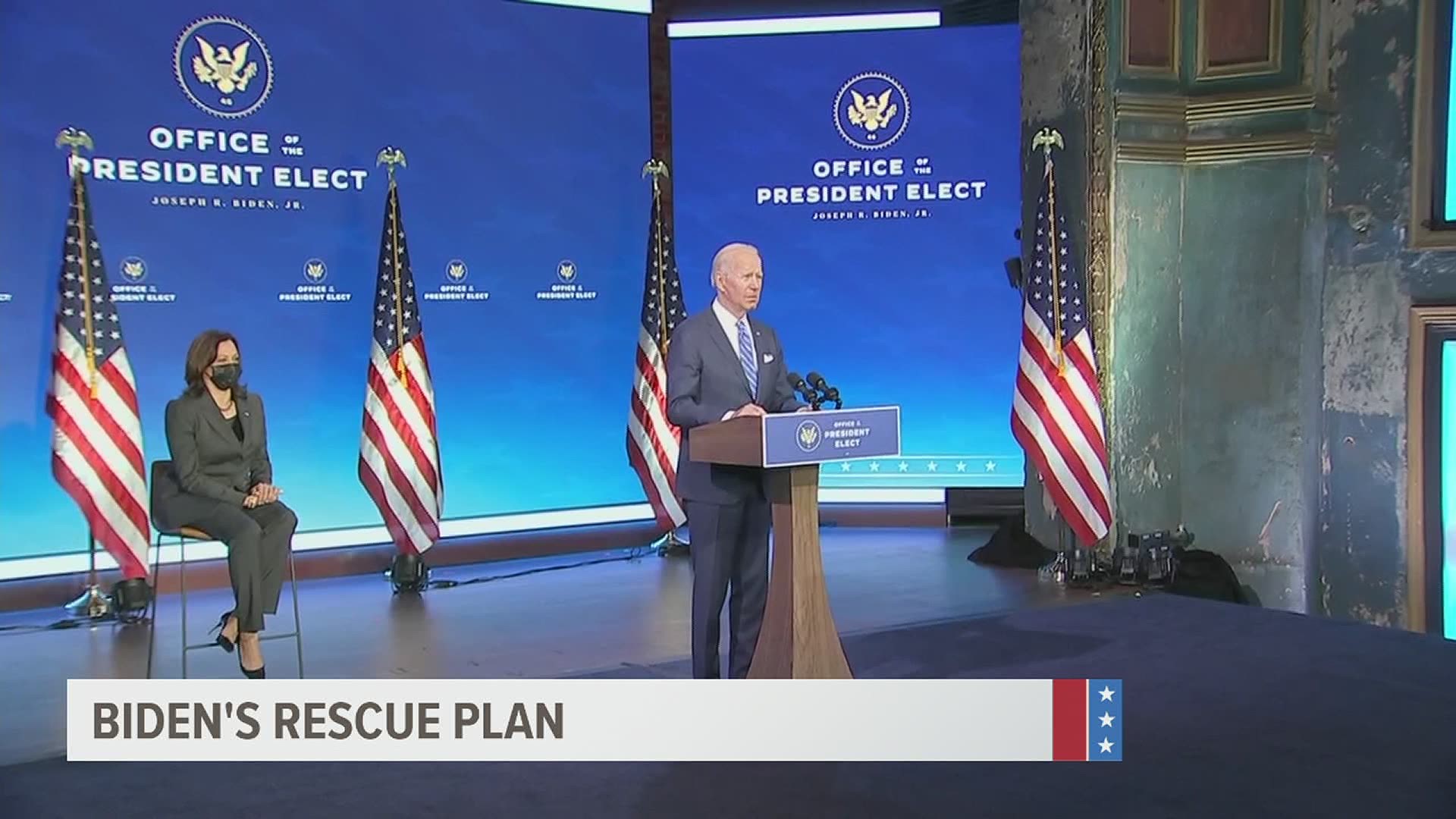 The "American Rescue Plan" is the new plan President-elect Joe Biden unveiled on Jan. 14. to stimulate the countries economy and help those in need as the country passes the ten-month mark into the COVID-19 pandemic.

With the addition of another stimulus package would come $20 billion for vaccine distribution, $50 million towards COVID-19 testing, a $400 in weekly unemployment benefits, and a $15 an hour minimum wage increase.

This rescue package offers a great amount of relief needed to aid the country but it also comes right after a $900 billion stimulus package that passed this past December. Stephen Medvic, professor of government at Franklin & Marshall College says many are concerned with the large spending of this new plan.

"We have access to the money through government borrowing, that runs up the deficit, the deficit is an annual shortfall in revenue and every year when we have a deficit, that adds up to a bigger and bigger national debt," said Medvic, "so people are worried that overtime that huge national debt will have negative consequences for the economy."

While large spending is a concern, Berwood Yost, director of the Center for Opinion Research at Franklin and Marshall College, says there is a sense of great need the country still faces.

"We've seen increases of poverty rates, there's concerns about foreclosures and food security so there are a lot of really devastating financial impacts on people that somebody's got to backstop those concerns or there's going to be untold amounts of human suffering," Yost said.

Republican state officials agree with the questionable spending of the plan.

In a statement, he wrote:

"Any additional COVID-19 relief legislation must prioritize getting Americans safely back to work, supporting Main Street, and keeping our economy on the path to recovery. The proposed plan falls seriously short of this mission, and is not the right path forward. As we look ahead, Congress must focus on serious legislative priorities that will defeat COVID-19, rebuild our economy, restore our communities, and deliver results for the American people.”

The new plan comes days before the Jan. 20 inauguration day and the President-elect hopes to complete much of the proposed plan in his first 100 days in office.