"It shows we have a lot of people with hearts," said one participant. "Our hearts are all in the same place," said another. 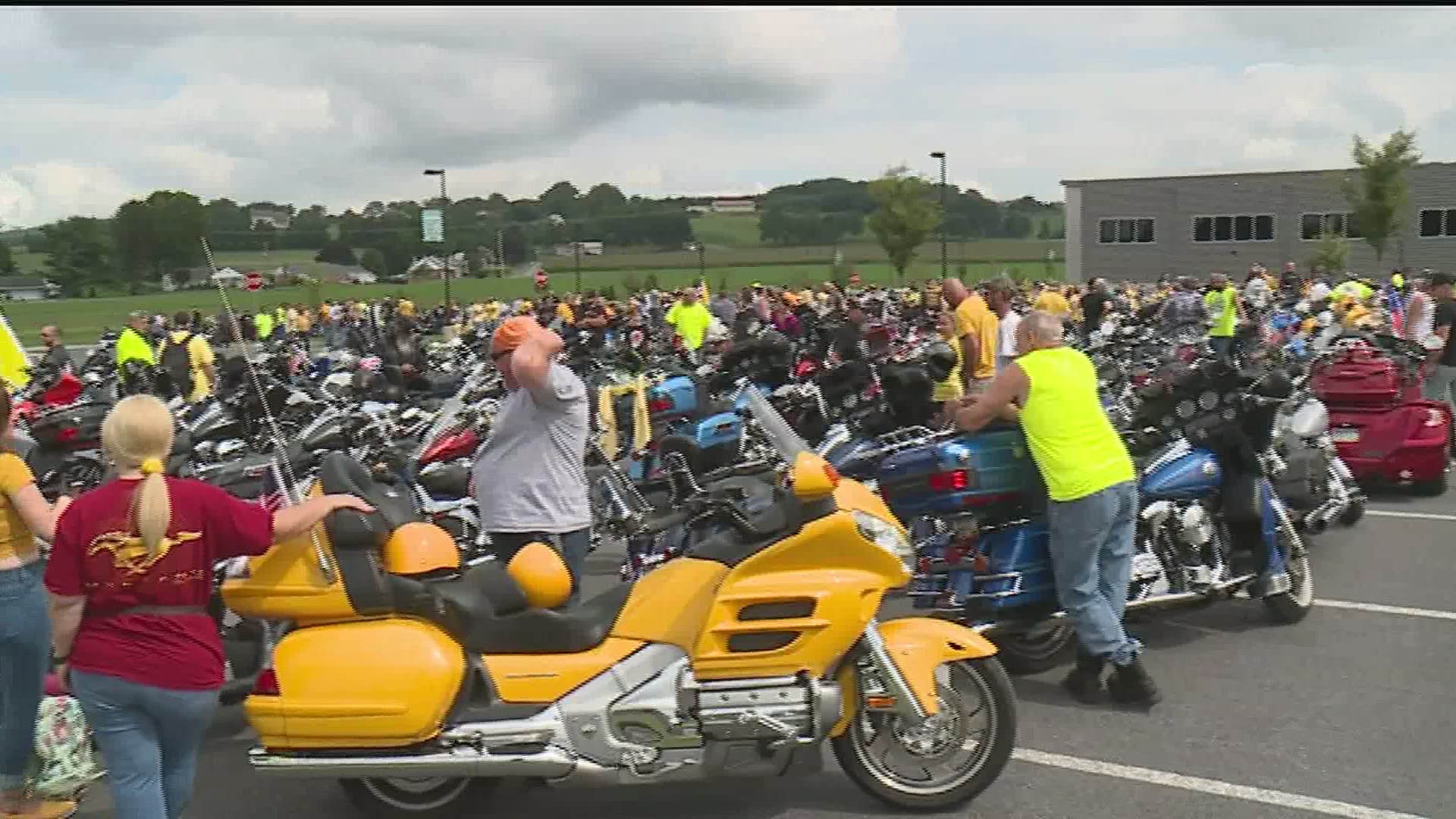 "I don't want to call it an event," said host Brendan Veale. "It's a prayer ride."

On bikes, in cars, trucks, and emergency vehicles, and wearing or riding with something yellow, which is Linda Stoltzfoos' favorite color, thousands of people gathered in Lancaster County.

It was a tremendous showing of support in Lancaster County Saturday morning.

"It shows we have a lot of good people here with hearts," said Peter Oldfield, who drove in from York County. "

"This is how we show our support through hardship -- we ride," added Veale. "That's what we do."

Veale says he never expected to receive the publicity or for as many people to show up outside Ephrata Community Church. He organized the ride for one very simple reason.

"I don't want thanks. I have been overwhelmed with the 'thank yous,'" stated Veale. "I'm strictly doing this for the community."

The young Amish women disappeared June 21. 34-year-old Justo Smoker of Paradise has been charged with kidnapping in connection to the disappearance. Linda Stoltzfoos has not been seen or heard from ever since.

"It's just frightening for the area," said Veale. "It's terrible. My heart drops."

As the hours passed, more and more people showed up in Ephrata.

"Just seeing all these people pile in, it gives me the chills," said Veale.

Many of the participants hoped for the same thing: Some answers.

"I have been checking the news every day to see if there are any updates, and it's still the same," said Mike Nolasco of California.

Nolasco drove his RV from California to Alabama, where he heard what happened to Linda Stoltzfoos. Nolasco said he knew then he had to come to the ride.

"We were so touched," explained Nolasco. "It was such a great cause. Nobody asked these people to do this. They're all volunteers. I may be the person from furthest away, but our hearts are all in the same place."

"We're all in this together," said Soule. "Nobody should have to go through this alone."