The pool at the residence will reopen for public groups and nonprofits that serve children who might not otherwise have the opportunity to swim. 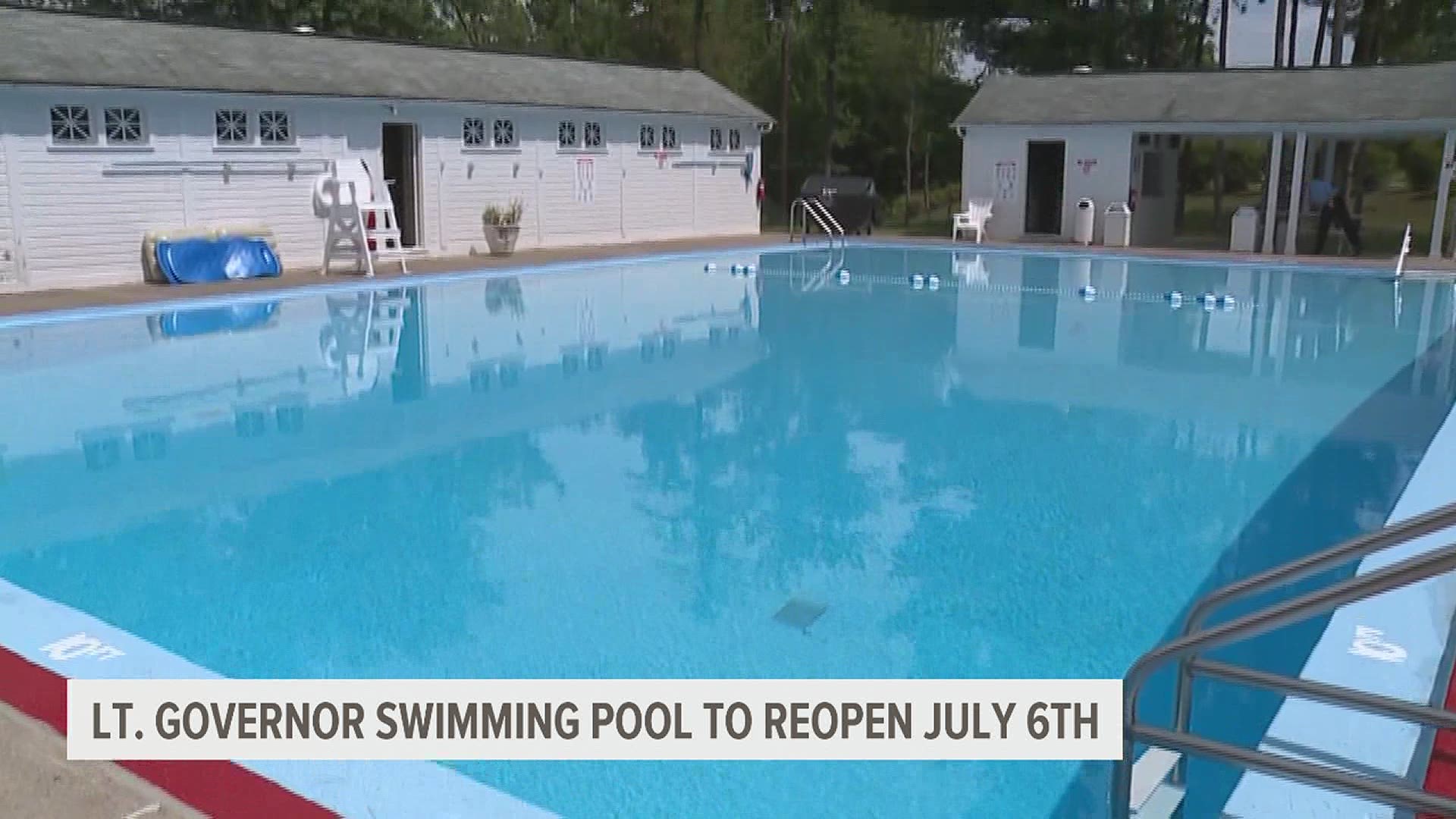 HARRISBURG, Pa. — Lieutenant Governor John Fetterman's former residence is reopening for the summer on July 6 following a year-long closure due to COVID-19.

The pool at the residence will reopen for public groups and nonprofits that serve children who might not otherwise have the opportunity to swim, according to a press release.

Second Lady Gisele Fetterman opened the massive 30-by-40-foot swimming pool to the public in 2019. According to the family, the pool was underused and "should be put to good use." Fetterman declined to use the state-provided estate, saving taxpayers as much as $400,000 per year, also according to the press release. He is the only lieutenant governor to decline living at the property since it was made available in 1971.

The property was transferred to the Department of Military and Veterans Affairs (DMVA), and Fetterman's office worked with the DMVA to reopen the pool.

Gisele Fetterman will oversee the program to teach water safety and praised the DMVA for restoring the pool to use.

“Because of their support, children who have no other opportunity to use a swimming pool will learn how to swim in a huge, beautiful pool at a historic estate,” she said.

She also mentioned that swimming has "a painful legacy of racial segregation," and this programming aims to end those disparities and give all children the gift of a fun summer.

According to the CDC, there are approximately 3,960 fatal unintentional drownings of children each year or 11 drownings per day.

Children of color are also reported to have drowning fatalities at even higher rates. American Indian or Alaskan Native people ages 29 and younger are two times higher than their white counterparts and for Black young adults, 1.5 times higher.

Fetterman says this is a problem everyone needs to work together on.

"It's looking at equity in all spaces and that is a space that still today, is extremely lacking in equity," Gisele said.

The Second Lady added that with consistent care, the skill is easy to grasp and higher confidence is built.

"The first year we had the Harrisburg School District come and they swam with us the entire summer," she said. "The first day a lot of the young people were in the shallow side, very nervous, but by the last day they were in the deep side, they had their bracelets, and they were confident."

If your nonprofit group is interested in using the pool this summer, you can email lgpool@pa.gov to reserve dates with 10 days notice. You must provide your own transportation and lifeguards.

The pool includes a picnic pavilion and a utilities house with changing rooms and bathrooms, according to the release.

“Gisele and I have always maintained that if our children are welcome to swim in this pool, so should every other child in Pennsylvania,” Lieutenant Governor John Fetterman said.