Plan to reopen PA gets a closer look in the Senate 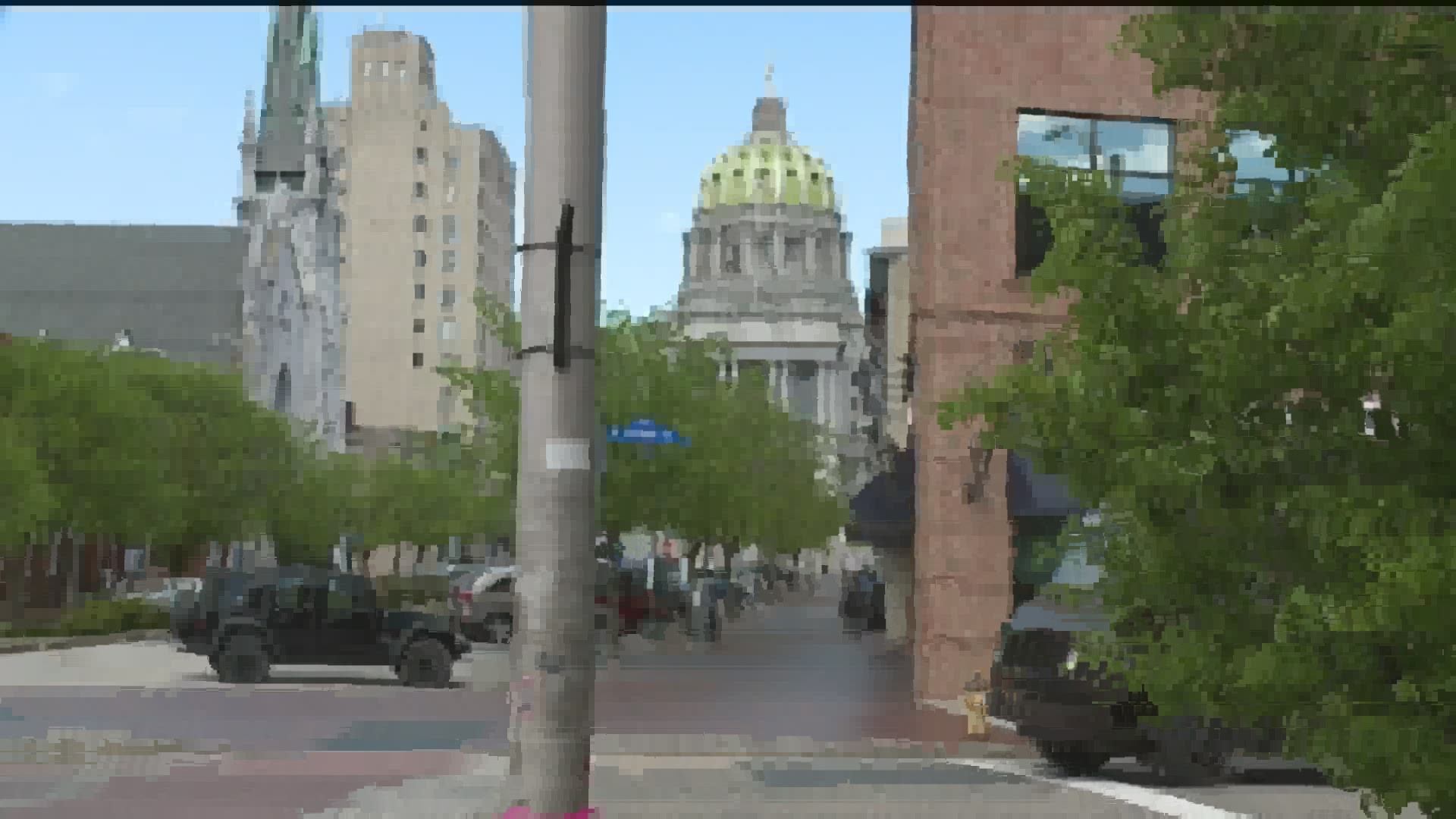 The plan to reopen Pennsylvania is getting a closer look as members of the Senate met in a remote hearing Monday that included testimony from multiple leaders including PA Secretary of Health Dr. Rachel Levine.

The meeting follows Governor Tom Wolf's announcement last week that 24 counties in the northwest and north-central regions of the state will transition out of the 'red' phase into the 'yellow' phase beginning at 12:01 a.m., Friday, May 8.

Dr. Levine answered multiple lawmakers who asked questions that included how the 24 counties were chosen, why other counties did not make the list, and why the state isn't making choices based on zip codes.

"We're not going to be taking it by zip code because of the amount of traffic when people go out, go shopping, etc," said Dr. Levine.

Dr. Levine acknowledged that two-thirds of the reported COVID-19 deaths in the state are in long-term care facilities. Some lawmakers questioned if the rate of deaths and illnesses in nursing homes were influencing decisions to keep certain counties under lockdown. Dr. Levine said one concern is that the staff of nursing facilities still live and travel in the communities.

State Senator Scott Hutchinson was among the lawmakers who asked if there should be more done when it comes to testing nursing home staff. Dr. Levine said right now tests are being given for anyone who is showing symptoms.

Leaders added that outbreaks do not just lie within nursing homes, but also within places like the food industry and other life-sustaining employees.

"If we reopen our communities without giving our working people the protection they need to be safe, we're knowingly putting them and their families in harm's way," said State Sen. Timothy Kearney, (D) Chester & Delaware.

Dr. Levine said personal protective equipment is still hard to find, but that the state was working to stockpile PPE in case of another outbreak this fall. In the meantime, she said most of the state's PPE is being used right now by nursing homes in need.

"Today we are still in a health care emergency. We have no vaccine. We have no treatment," said Senator Art Haywood, (D) Montgomery & Philadelphia.

Many lawmakers, however, acknowledged the growing concerns they have received from members of the community who are facing economic hardship.

"Our businesses are struggling. People are losing everything. And, the unemployment that we promised, that hasn't worked out well either. Many people have not received anything," said Republican State Sen. Judy Ward.

Below is an excerpt of how the Governor's office definites the 'yellow phase':

Defining the Yellow Phase
As regions or counties move into the yellow phase, some restrictions on work and social interaction will ease while others, such as closures of schools, gyms, and other indoor recreation centers, hair and nail salons, as well as limitations around large gatherings, remain in place.

Social Restrictions
• Stay at Home Order Lifted for Aggressive Mitigation
• Large Gatherings of More than 25 Prohibited
• In-Person Retail Allowable, Curbside and Delivery Preferable
• Indoor Recreation, Health and Wellness Facilities and Personal Care Services (such as gyms, spas, hair salons, nail salons and other entities that provide massage therapy), and all Entertainment (such as casinos, theaters) Remain Closed
• Restaurants and Bars Limited to Carry-Out and Delivery Only

All businesses not specifically mentioned as restricted from reopening may reopen if they follow the forthcoming guidance.

Moving Forward
Gov. Wolf stressed the need for all Pennsylvanians to now, more than ever, take personal responsibility for their actions.

“Every human-to-human contact is a chance for the virus to spread, so more contacts mean a higher likelihood of an outbreak,” Wolf said. “If we see an outbreak occur in one of the communities that has been moved to yellow, we will need to take swift action, and revert to the red category until the new case count falls again. So, Pennsylvanians living in a county that has been moved to the yellow category should continue to strongly consider the impact of their actions.”

Counties that will remain under the stay-at-home order will be considered for reopening in the next several weeks as the state continues to closely monitor metrics and collaborate with CMU, health experts and counties.