Improving Pennsylvania vaccine rollout: Hear from the state's new COVID-19 task force on the fixes ahead 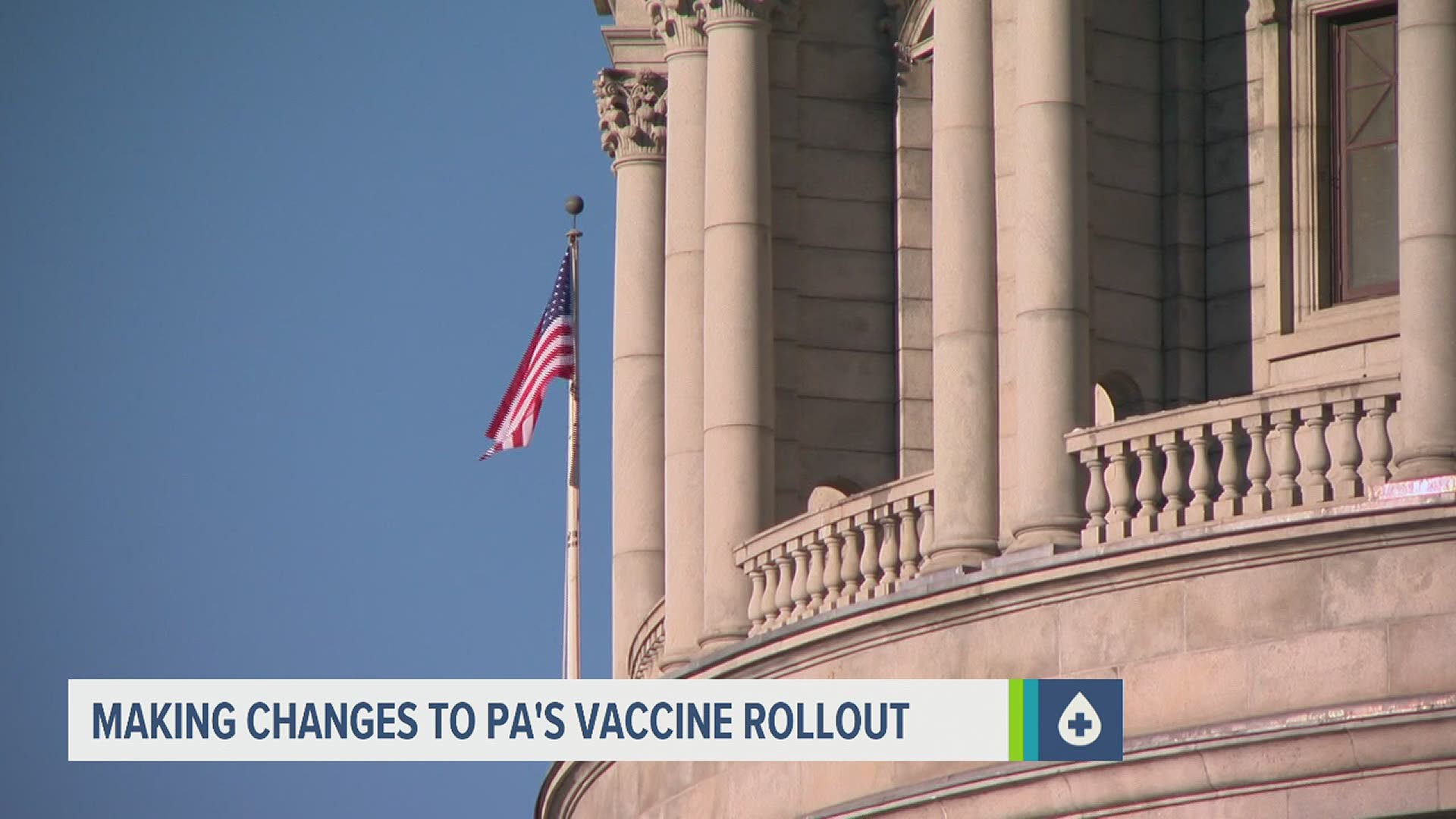 Pennsylvania's bipartisan COVID-19 task force was only a few days past its first meeting when it was told of the vaccine distribution mistake that is now expected to cause a ripple effect across the state.

Pennsylvania's Department of Health announced Wednesday that several vaccine providers had inadvertently used thousands of second doses of the Moderna shot as first doses. The mishap is expected to delay appointments and push back the time period in which others receive their second shot.

"I was very stunned. I guess that would be the best way to describe it. And, disappointed," said task force member Senator Art Haywood of the Senate Democratic Caucus.

The task force was told about the problem on Monday and immediately worked to find solutions.

"If we're guaranteeing that second dose, we're also asking the citizens to trust the fact that it will be there," said Rep. Tim O'Neal of the House Republican Caucus who also sits on the task force.

SCROLL BELOW TO HEAR BOTH SEN. HAYWOOD AND REP. O'NEAL DISCUSS SOME OF THE TOP ISSUES FACING THE STATE'S VACCINE ROLLOUT

The mistake was announced in the same week that vaccine providers were already scrambling to meet a Friday deadline to implement new rules by the state meant to ease vaccine distribution and free up appointments. Those rules include requiring vaccine providers to create both a phone line and a website in which people may schedule appointments.

RELATED: New rules roll out Friday. But, are COVID-19 vaccine providers in Pa. ready for them?

"This whole thing from day one has been an exercise in adaptability and flexibility right?" said Chadd Blannett of HersheyCare.

Blannett said HersheyCare recognized early on in the rollout that it would need to implement technology for people to make appointments online and through the phone. "It's been a lot of manual work and a lot of labor internally."

Blannett noted the mishap announced earlier this week by the state did not directly impact HersheyCare and that so far it has received all of its promised second doses from the state.

When FOX43 asked Blannett how he hoped the task force would assist providers like him, he said he hoped they would "make sure we're involved in the process of how these regulations and decisions are getting rolled out."

He added providing more clarity on when vaccine deliveries are happening and how many doses each vaccine provider is receiving would also be helpful although he noted the state is working hard to stay in contact with providers.

LISTEN TO BOTH SEN. HAYWOOD AND REP. O'NEAL DISCUSS SOME OF THE TOP ISSUES FACING THE STATE'S VACCINATION ROLLOUT

On the mistake & people distrusting the rollout

I spoke to 2 members of Pennsylvania's newly formed bipartisan COVID-19 task force about the mistake announced this week by the PA Dept of Health that led to providers using thousands of 2nd doses as 1st doses. Speaking: @SenatorHaywood & Rep. Tim O'Nealhttps://t.co/aBMHILhQVc pic.twitter.com/15d1FSL0aY

When will things get better?

When will it get better? I took your questions to 2 members of Pennsylvania's new bipartisan COVID-19 task force that is trying to find solutions to the problems causing issues in the state's vaccination rollout. Speaking @SenatorHaywood & Rep. Tim O'Nealhttps://t.co/LRSOpzo302 pic.twitter.com/ix2VLsQbMi

PA's COVID-19 task force is 1 week old. So how's it going? I took your questions to 2 members of the task force as they find solutions to the vaccine rollout. See what else they had to say in this link. Speaking: @SenatorHaywood & Rep. Tim O'Neal @fox43 https://t.co/LRSOpzo302 pic.twitter.com/bXYa2Y51gZ