The group, part of Sunrise Movement, is urging President Biden to pass the American Jobs Plan, which includes funding of the Civilian Climate Corps. 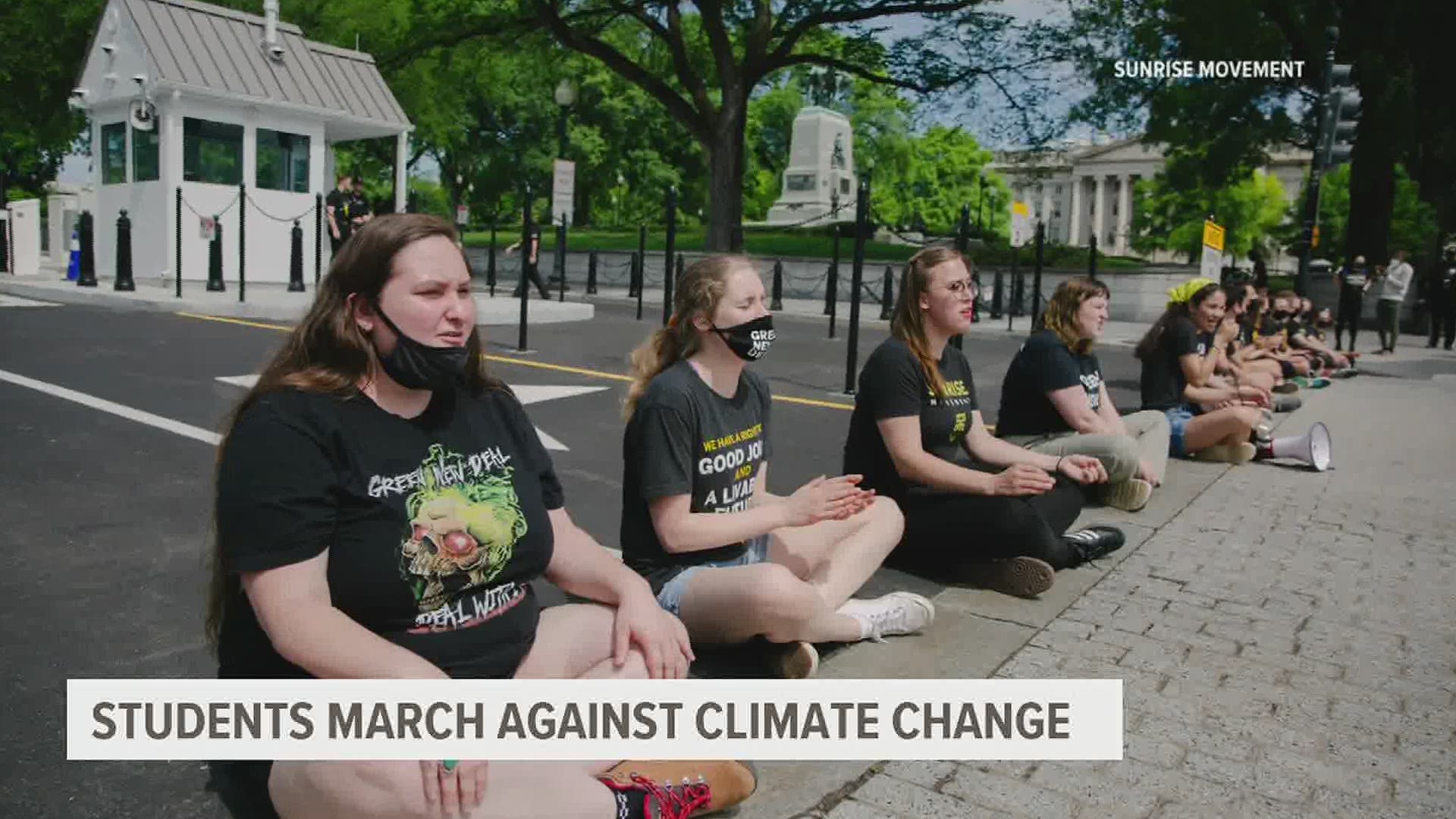 HARRISBURG, Pa. — A group of Pennsylvania youth will be marching from Harrisburg to Washington DC next week as they urge the Biden Administration to take a greater stand against climate change.

The activists are part of Sunrise Movement, which is a group of youth from across the country who are fighting to stop climate change.

“And what that looks like is really we are people who collectively identify as the generation that will be the most impacted by the climate crisis and we see that as both an extreme vulnerability and a strength that we have.”

Emily Thompson, a coach for Sunrise Pennsylvania, is hoping to send a message to President Biden while they march to and rally at the US capitol.

Thompson and other members of the Sunrise Movement rallied at the capitol earlier this month. They’re hoping to reiterate their message as they march over 100 miles back to the White House.

“The Pennsylvania youth really are a big reason why he got in office. He won Pennsylvania and he would have lost Pennsylvania had we not done all this work," Thompson tells Fox 43. "I want to see the boldest CCC possible, the boldest Civilian Climate Corps possible, as part of the American Jobs Plan."

President Biden does have the Civilian Climate Corps in his American Jobs Plan. It’s a 10 billion dollar investment that aims to put 1.5 million Americans to work by completing federally-funded projects to help communities respond to climate change and transition to a clean economy.

However, Thompson and members of the Sunrise Movement feel that Biden is placing too much of a priority in appeasing republicans, rather than pushing this policy through.

Thompson tells Fox43 that this is just a waste of time. “The GOP’s just going to drag out his timeline and then we won’t get the bold climate action that we need.”

While Thompson understands what is at stake given the current climate crisis, she hopes that herself and other youth can use their power to create change.

“I have seen so many young people making so much sacrifice, I’ve met so many bold, incredible people, who would do anything for this, and that’s what’s giving me hope.”