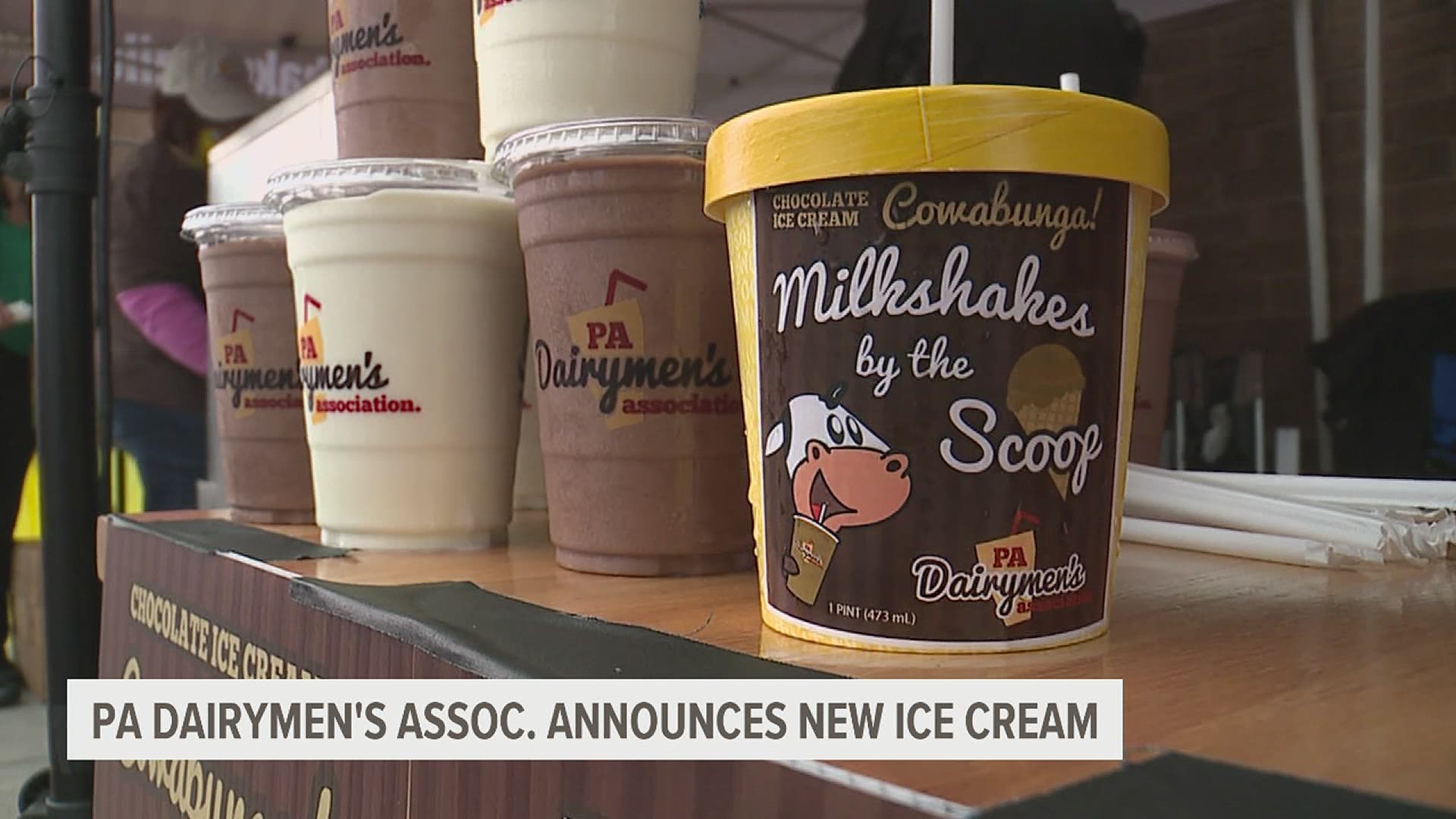 LEMOYNE, Pa. — A twist on the classic Farm Show milkshake will now be available to buy at stores in South Central Pennsylvania. The PA Dairymen's Association announced a brand new ice cream called, 'Cowabunga." It's a pint of either vanilla or chocolate ice cream and is essentially a PA Farm Show milkshake by the scoop.

RELATED: Fall Food Fest will allow you to get a taste of your favorite Farm Show treats

Here’s a look at the ice cream. It is a limited addition so, it will only be available for a short time. pic.twitter.com/xEqmGEsNZh

Cowabunga will only be available for a limited time in South Central Pennsylvania stores. The following grocery stores are carrying the ice cream pints:

Restaurant locations serving the ice cream on their menus: