PennDOT officials in York County are preparing for another round of flooding as the last remnants of Hurricane Ida are expected to hit Central Pa. 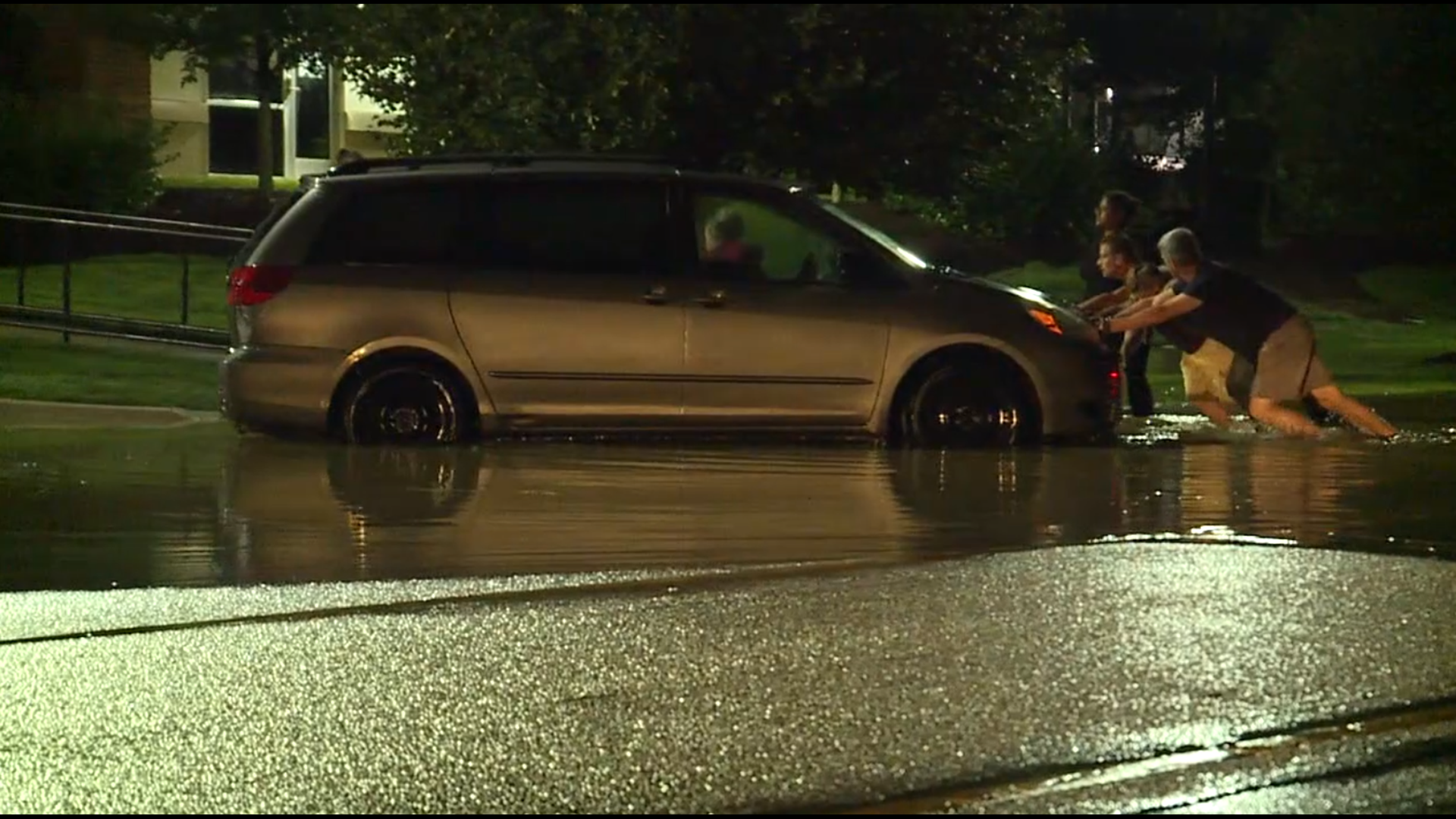 YORK, Pa. — PennDOT officials in York County are preparing for another round of flooding as the remnants of Hurricane Ida are expected to hit Central Pennsylvania.

Some areas of the county are still recovering from Tropical Depression Fred, which hit the area on Aug. 18, causing significant flooding.

“There’s some substantial water due to the fact that the ground’s already saturated with water. It doesn’t really have anywhere to go. It’s evident that it’s going to flood somewhere,” said Gary Ishman, PennDOT’s York County maintenance manager.

Most of the roughly 100 PennDOT employees in York County will be out Tuesday inspecting culverts and drains and clearing them of debris, as well as stocking up equipment near flood zones.

The city of York released a list of flood-prone intersections for people to avoid:

Credit: Harri Leigh/FOX43
York City released a list of flood-prone intersections that drivers should avoid during the storm.

Officials are hoping Ida doesn’t become a repeat of Fred, when York County 911 reported 10 water rescues and at least a dozen vehicles sinking in water.

Drivers are urged to stay off the road as much as possible during the deluge. Those who must go out should take precautions.

“Go slow. Put on your four ways. Make sure that you understand the road that you’re on. If you’re not familiar pull over,” suggested Robert Lee of Maryland, who will likely have to be out on the roads through the storm as part of his job with Baltimore Gas and Electric.

Officials are particularly asking drivers not to go through floodwaters, especially if the area is blocked by traffic markers or signs.

Just 6 inches of standing water can be enough to stall an engine, and a foot of moving water can dislodge a car and float it away, according to FEMA.

“If you see flooded roadways, turn around and go the other direction. Not sure what’s underneath there. The road could be washed out or there could be a pipe missing,” Ishman said.

In addition, a Pennsylvania law punishes drivers who ignore traffic signs or barriers and end up needing a water rescue; those drivers must pay themselves for the rescue, as well as a fine of up to $500. They also can get points added to their driving record.

RELATED: Tracking some showers and storms this evening, Ida to bring mid-week flooding to PA