It took the company three months and many long hours to complete the entire production. 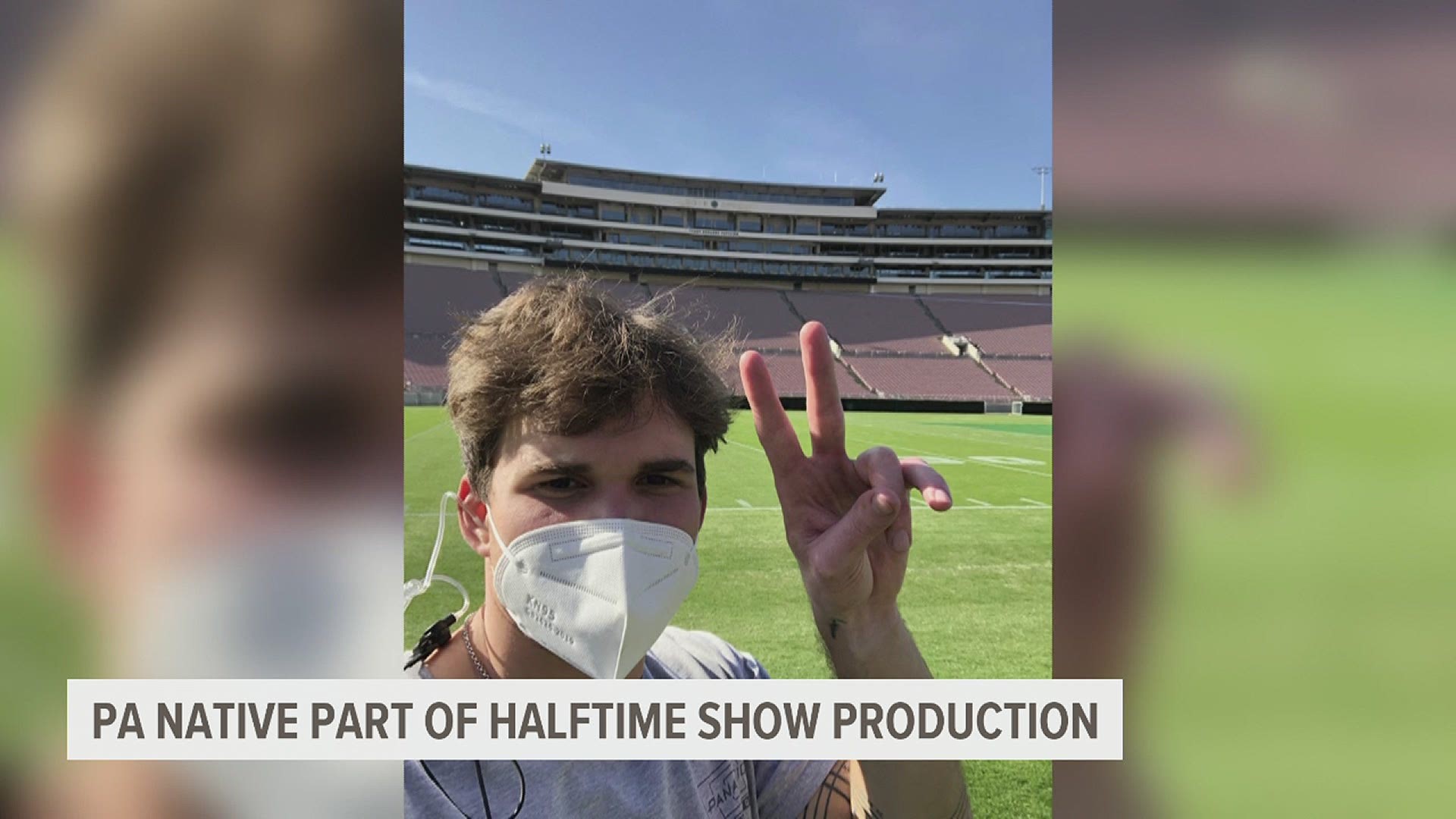 LOS ANGELES — Zack Stauffer from Spring Grove, Pennsylvania has always wanted to be a Director.

Four years ago—After graduating college he decided to pursue his dream and move to L.A.

For the last year—Zack has been working for a production company called Simian. La-- Where he works as the head of production.

“I’m in charge of finding that team—to make that job happen through Simian and then facilitating them through the way we do things," he said.

They had worked with the Weeknd two times before being given the opportunity of a lifetime.

“There were all these talks about him playing at the Superbowl show—and at first it was just promos. Which we just aired two days ago. Just like—social promos," he said.

But then—The artist’s team wanted to involve them in doing something different for the intro of the halftime show performance.

“The Weeknd is kind of crazy creative—and they wanted to shoot something a little bit different for his—so they actually decided to shoot something. So—that’s what we’re responsible for—just like from the first time you see him—to like when he walks down on stage," he said.

Zack says been able to be part of one of the biggest sporting events in the world still feels surreal.

It took the company three months and many long hours to complete the entire production.

Promo created for the Super Bowl by Simian L.A.