PA state Representative Wendi Thomas says there's been disparities in the amount of vaccines being distributed across the commonwealth. 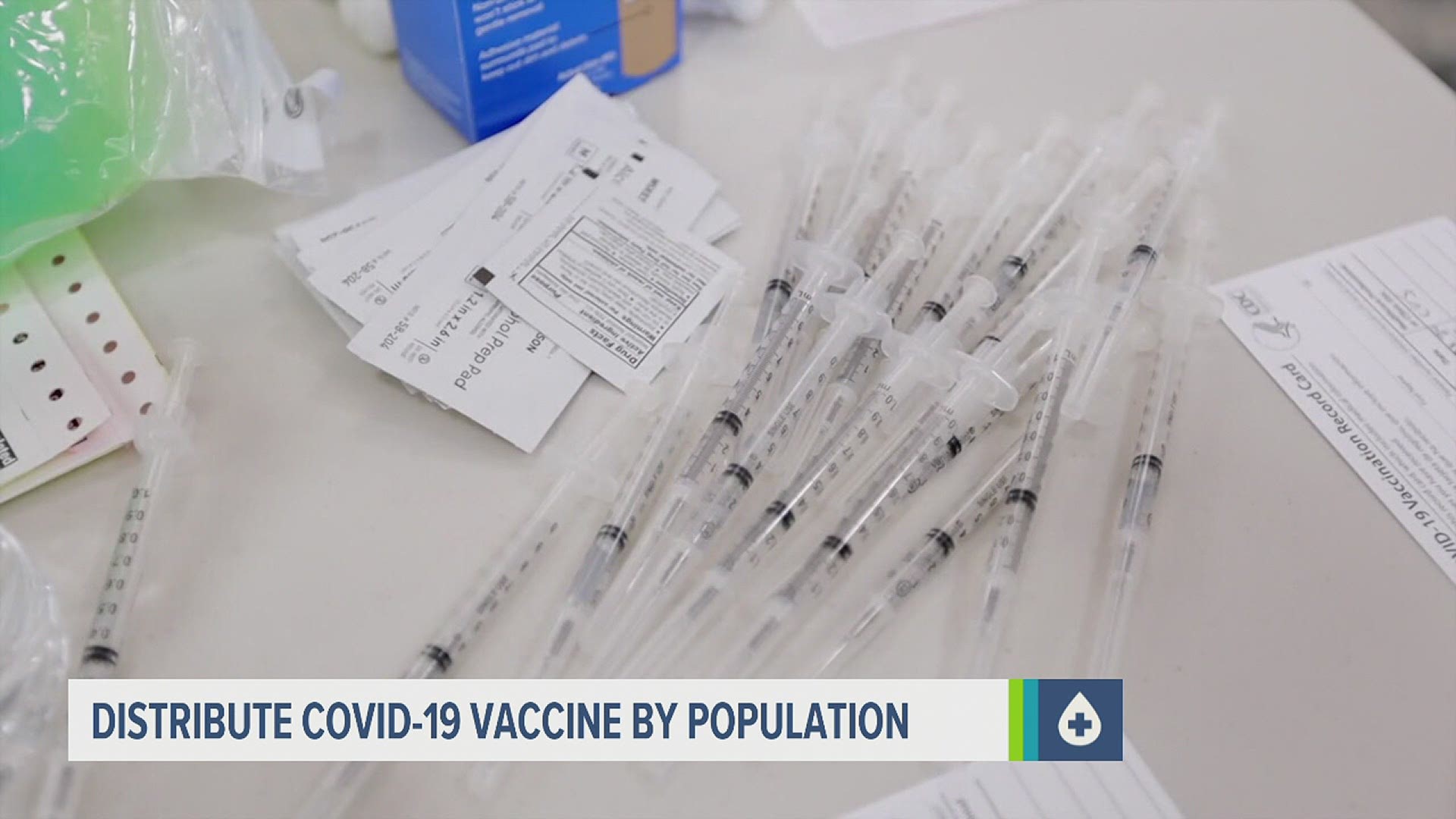 That's the aim of legislation introduced by some republican legislators.

“You're the third largest county--in the state and you're 34th in the amount of vaccines that you got. how would you feel if you lived in that county? it doesn't seem fair or right," said Representative Thomas.

PA state Representative Wendi Thomas says there's been disparities in the amount of vaccines being distributed across the commonwealth.

"On  top of which literally hundreds of residents are calling our office, talking about driving to other states--driving to other parts just to get the vaccine," said Representative Thomas.

Representative Thomas and other republican lawmakers in bucks county thought there was surely an easier way to ensure every resident is able to get the vaccine.

They say: Do it the way the federal government has been doing it.

"You have 66 counties you're responsible for as a state. you get x amount of doses--you know the population in your county. divide it up. it's very simple math. allocate the vaccine based on population," said Representative Thomas.

She says through this legislation—they will bring fairness to what has been an unfair process so far.

"Stop making it complex, let's get the vaccine out--let's get our 1a vaccinated," said Representative Thomas.

The spokesperson for the house democratic caucus, Bill Patton, said in a statement in part:

House lawmakers will review the bill after it’s introduced and sent to a committee. We haven’t seen the bill but the sponsors’ description indicates they want to mandate vaccine distribution according to an arbitrary population formula that disregards differences between counties such as age distribution and health conditions. Vaccine supplies are getting better now and there may be other ways to achieve what everyone wants.

PA lawmakers from Bucks County introduced a legislation that would distribute Covid-19 vaccines to counties based on their population. More on the story on @fox43 at 4. pic.twitter.com/ENV4rpIuc7