Pa. Department of Labor and Industry has paid out $14 billion in unemployment benefits

As Pennsylvania's unemployment rate soars to its highest percentage in 44 years, state and federal authorities investigate a massive unemployment scam. 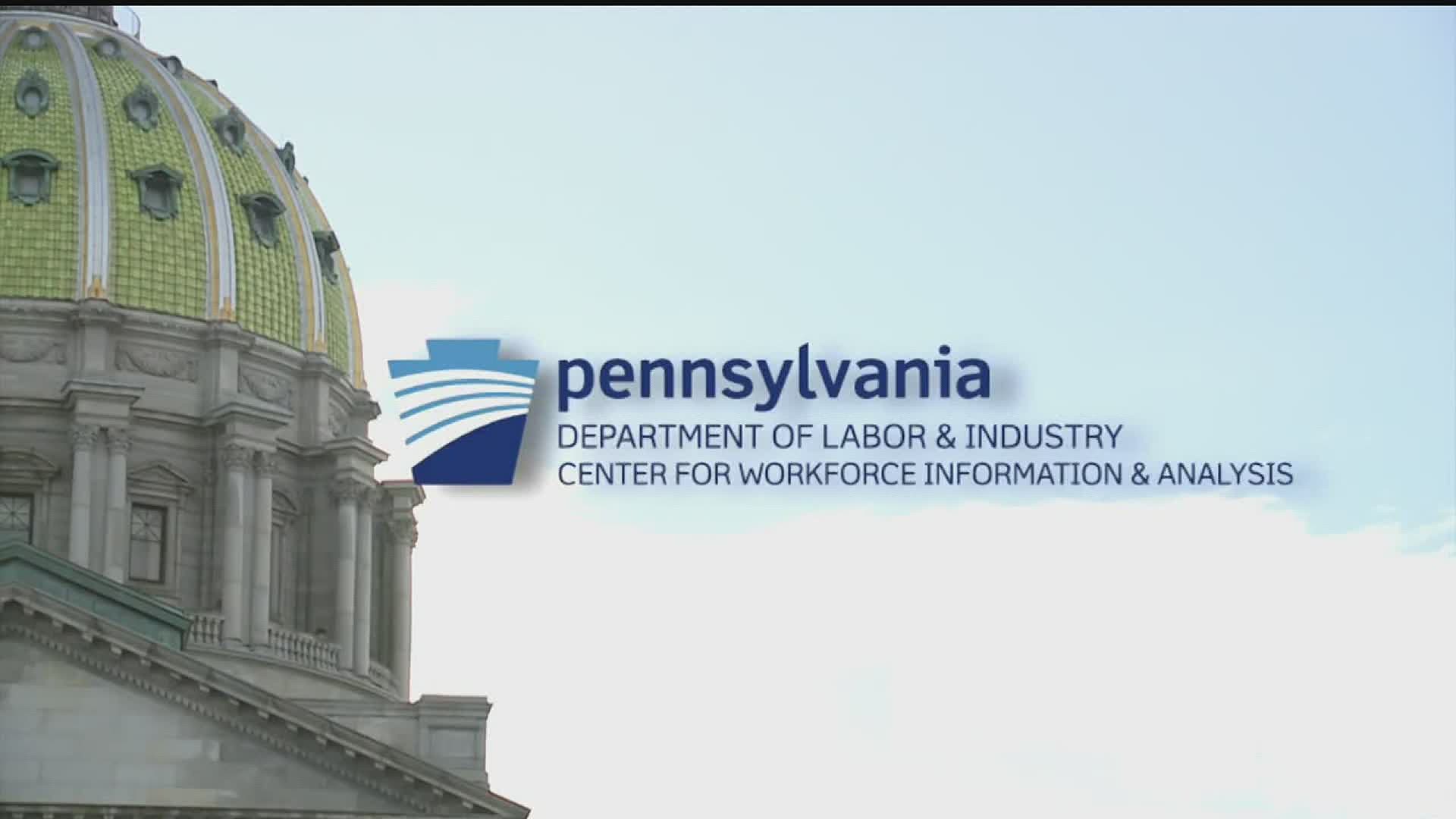 HARRISBURG, Pa. — In the wake of a massive unemployment scam, the Pennsylvania Department of Labor and Industry (DLI) has reported that it has paid out $14 billion in benefits, including $5.3 billion in federal aid tied to the pandemic, since mid-March.

DLI officials would not say how much of that money was fraudulently filed with stolen identities or how many Pennsylvanians are affected.

“This is an ongoing criminal investigation so we will not be sharing any details about the investigation itself,” said Jerry Oleksiak, DLI Secretary.

Since March 15, more than 2.5 million Pennsylvanians have filed for unemployment benefits. Sixteen percent of claimants are still waiting for regular unemployment payments that they filed for months ago, according to DLI officials.

Susan Dickinson, Director of the Office of Unemployment Compensation Benefits Policy, said the department’s increase in employees has freed up more Unemployment Claims Examiners to look into these issues. Examiners make decisions on claims.

“It could be because they have an issue such as they quit their job or perhaps they work for an educational institution. We have to look at their eligibility,” she said. “It could be any number of unemployment-issue-type reasons.”

RELATED: Dept. of Labor & Industry continues to monitor potential fraud within one of its unemployment programs

In April, Pennsylvania’s unemployment rate soared to 15.1 percent—the highest it has been since the U.S. Bureau of Labor started documenting unemployment rates in 1976. Secretary Oleksiak expects to have the May unemployment numbers by June 19.

Many people question whether the job market is on the rebound now that more counties are moving from yellow to green phases of Governor Tom Wolf’s reopening plan.

“I really can’t say definitively that it has made a difference,” stated Secretary Oleksiak.

DLI officials uncovered identity theft when they started mailing unemployment checks and stopped direct deposit payments. The department will soon begin to issue unemployment payments via debit cards. After receiving a debit card in the mail, people will be able to transfer the money into their bank accounts.

Anyone who receives a paper check in the mail and did not file for unemployment benefits in Pennsylvania should not cash the checks. The checks should be returned to:

Anyone who receives a direct deposit payment and did not file for unemployment benefits in Pennsylvania should not use the funds. The funds should be returned to: