More than 400 participants registered for this year’s event. 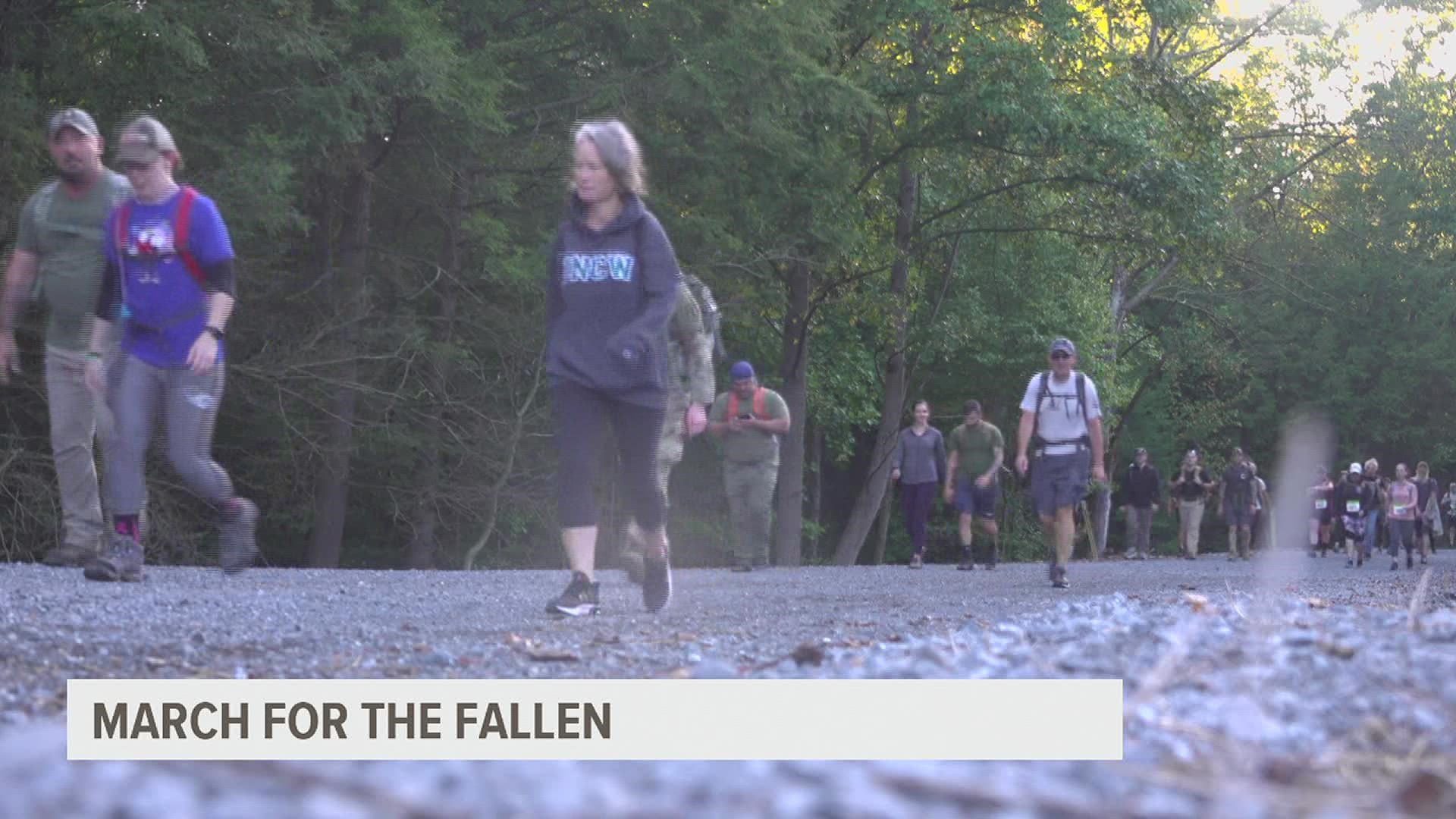 LEBANON COUNTY, Pa. — “I’m here walking the 5k, to honor my son and all the fallen soldiers. Not just from Pennsylvania, but from all over the world," said Billie Evans.

Billie Evans’ son William was a member of the National Guard who was killed in Ar-Ramadi, Iraq in 2005.

An explosive device detonated near his vehicle during combat operations.

“He had just turned 22. Six days before he was killed," said Evans.

Billie says he felt his son’s spirit through the whole walk.

He says doing the 5k was not easy.

But then he remembered who he was doing this for.

“I kept thinking what he would think of me turning around early. He would have said no dad keep going," said Evans.

This year is the 10th anniversary of service members and members of the community coming out to the march.

More than 400 participants registered for this year’s event.

The Pennsylvania Army National Guard hosts the March for the Fallen at Fort Indiantown Gap to honor the memory of those who lost their lives defending our country. On @fox43 news at 10, we'll hear the story of one participant who walked in honor of his son. pic.twitter.com/yGAh3GHQNm