Have you ever wanted your own fire truck? Pennsylvania National Fire Museum raffling off keys to classic fire truck

Anyone with a license and proper insurance can drive the truck. No commercial driver’s license (CDL) is needed. 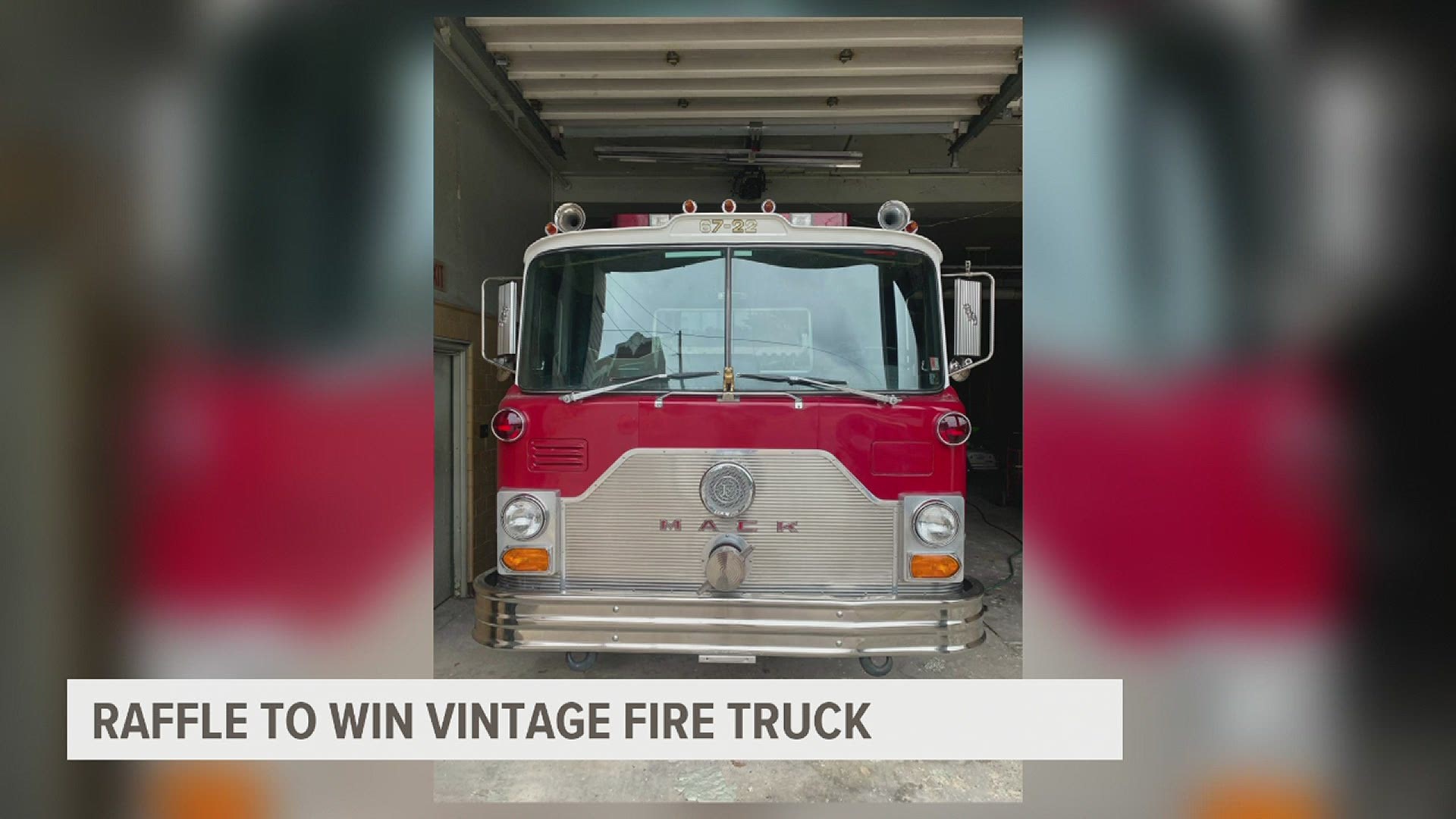 HARRISBURG, Pa. — If your childhood dream was to own a fire truck, then it might come true.

The Pennsylvania National Fire Museum in Harrisburg is hosting a raffle to provide one person with a chance to win a vintage fire truck.

Tickets are $100 to enter the raffle. Museum officials say they plan to sell 200 tickets before closing sales.

John Bruetsch, who is on the museum’s board of directors, says if they can sell the 200 tickets, they will raise $20,000 to fix the building’s air condition system.

Anyone with a license and proper insurance can drive the truck. No commercial driver’s license (CDL) is needed.

The 1989 Mack Truck is still in new condition, runs and pumps water properly, according to Bruetsch.

“They were workhorses,” said Bruetsch. Mack Trucks were discontinued in 1990.

Fire companies are raffling off older fire trucks instead of selling them because it’s much more lucrative, according to Bruetsch.

Museum officials also decided to raffle off the fire truck for a more creative approach to recover after the pandemic.

The museum was provided with the mack engine last year from a manufacturing company in Redding that didn’t need the truck anymore.

Bruetsch says to check the Pennsylvania National Fire Museum's Facebook page for updates on the fundraiser.