“People want to try new things; they’re trying our flavors, and everybody’s loving it and they’re coming back," Cynthia Bolin, a restaurant owner in Hanover said. 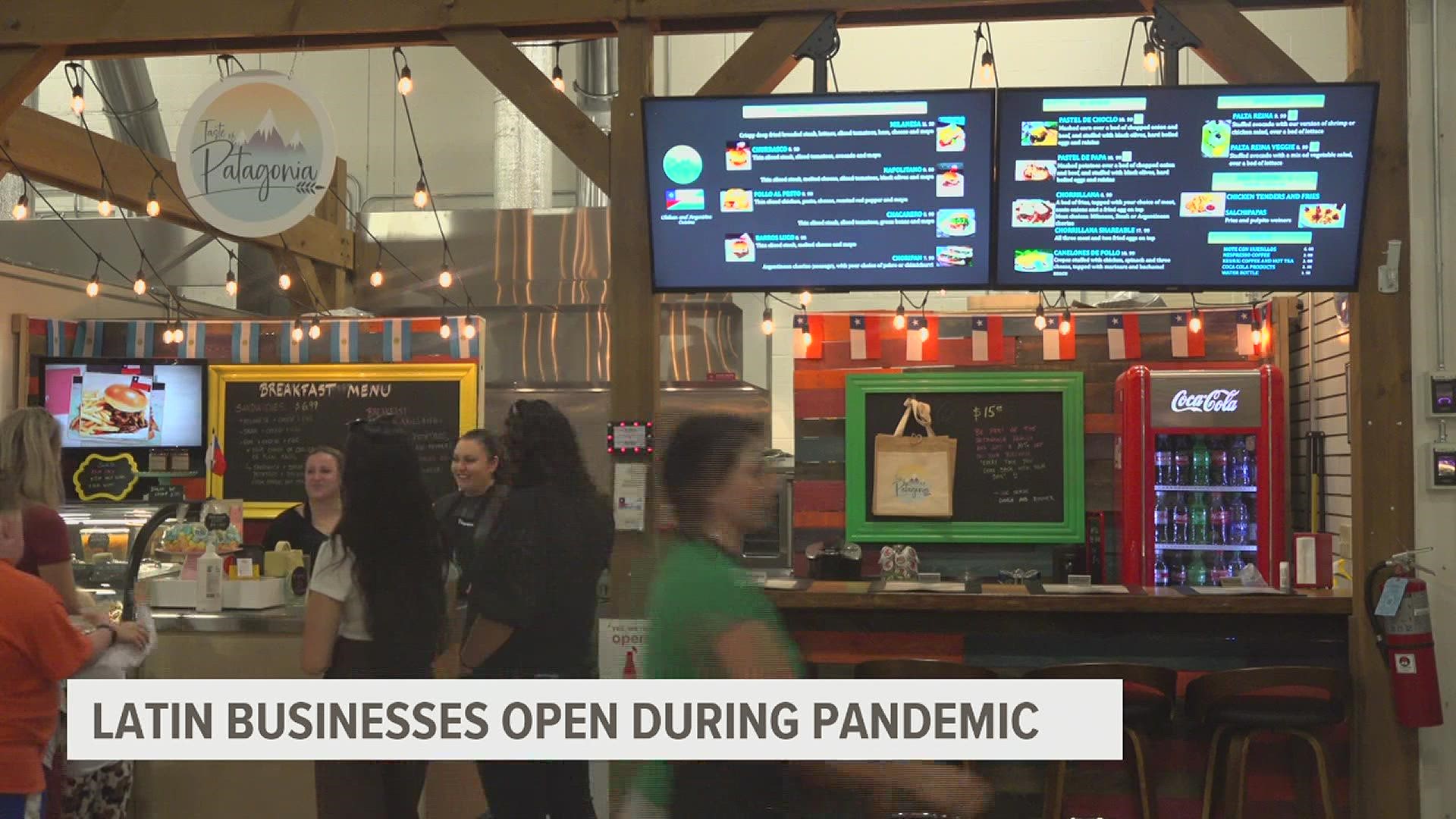 YORK COUNTY, Pa. — Cynthia Bolin, who is originally from Argentina, has always dreamed about one thing.

“Having our own restaurant," said Bolin.

She and her friend of seven years, Veronica Perez, who is from Chile, have always enjoyed being in the kitchen together.

Last year, when the pandemic hit, Cynthia was working as a translator for a hospital.

She decided to quit her job.

"I told Veronica we need to do something. I don’t like staying at home doing nothing. So, we took a loan and we decided to open our own restaurant," said Bolin.

Even before they opened their business, they were already facing some hurdles.

“Getting equipment. Everything was in back order. A lot of ingredients were not available at the time," said Bolin.

But her dream of opening a business finally became a reality in April.

She and her friend veronica opened Taste of Patagonia at The Markets at Hanover.

A bakery that combines Chilean and Argentinian cuisine.

“Hanover being so small, we were afraid that people were going to maybe not be open to our flavors," said Bolin.

However, she says despite still being in the midst of a pandemic, business is not doing so bad.

“People want to try new things, they’re trying our flavors, and everybody’s loving it and they’re coming back," said Bolin.

Another business that opened their doors just four weeks ago is El Yunque in downtown York.

“I’m retired from the army and it was my dream to put a restaurant with native Puerto Rican food," said Reinel Grajales, the owner of El Yunque restaurant.

He says the reception has been mostly positive, but it’s still sometimes an everyday struggle.

“Trying to see if we can pump out our sales, but it’s coming up all time," said Grajales.

They’re optimistic and hopeful the restaurant will become a staple in the area.

“We’ll be having more customers and hopefully reach our goal, it is to have the place busy all the time," said Grajales.