As Commissioner, Michael Muldrow says one of his top priorities is increasing morale internally and in the community. 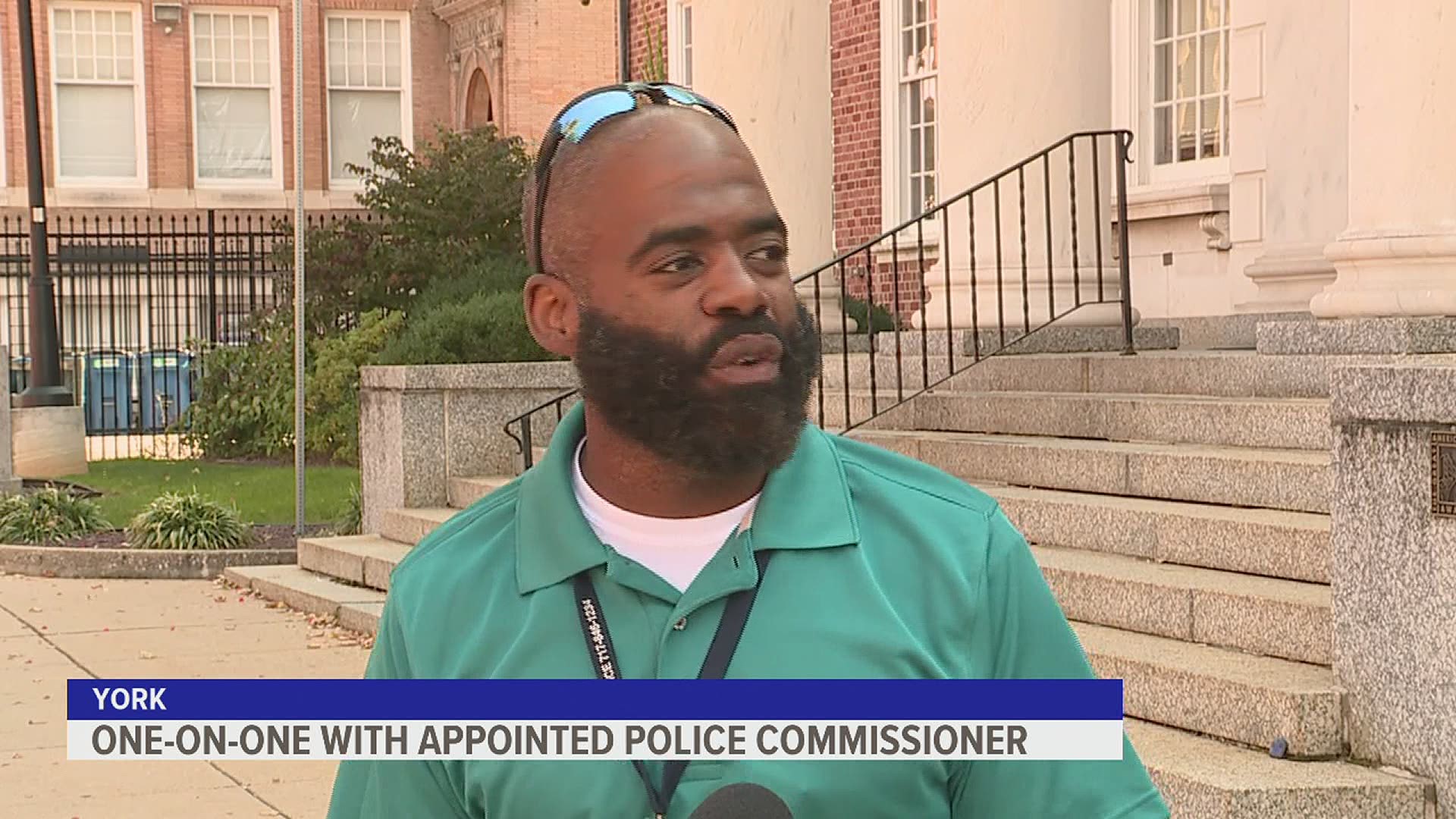 YORK, Pa. — In two weeks, the city of York will presumably have a new police commissioner.

The mayor has appointed long-time officer Michael Muldrow to replace Commissioner Osbourne Robinson, who served the City for less than a year.

FOX43 spoke with him one-on-one today to learn more about his plans for the city.

From the beginning we learned Michael Muldrow has a soft spot.

"I'm trying not to get choked up," Muldrow said. "I've been coming to this building since I was about 5. My mom worked here as the mayor's secretary. My dad was here for 30+ years. They are family."

That same "family" named him the next police commissioner, just one week after the resignation of Osbourne Robinson.

"Absolutely love this place and the men and women who work here," Muldrow said during the announcement.

Muldrow started his career in law enforcement back in 1998. Following in the footsteps of his father, he got a job as an officer at the York City Police Department in 2000. Years later he created the York City School District's police program and became chief.

"I want to motivate guys to feel like they can be heroes again," Muldrow said. "That when they're stepping out, they're the champion of the neighborhood they're trying to police."

As commissioner, Muldrow said one of his top priorities is increasing morale internally and out in the field.

As for improving relations between police and community, his approach will be to teach.

City Council does still have to vote Muldrow in to make it official. That's happening in two weeks.

To watch the full, unedited version of our interview with Michael Muldrow, click below: