Once divided, now, all 3 Lancaster County Commissioners say the county is ready to reopen 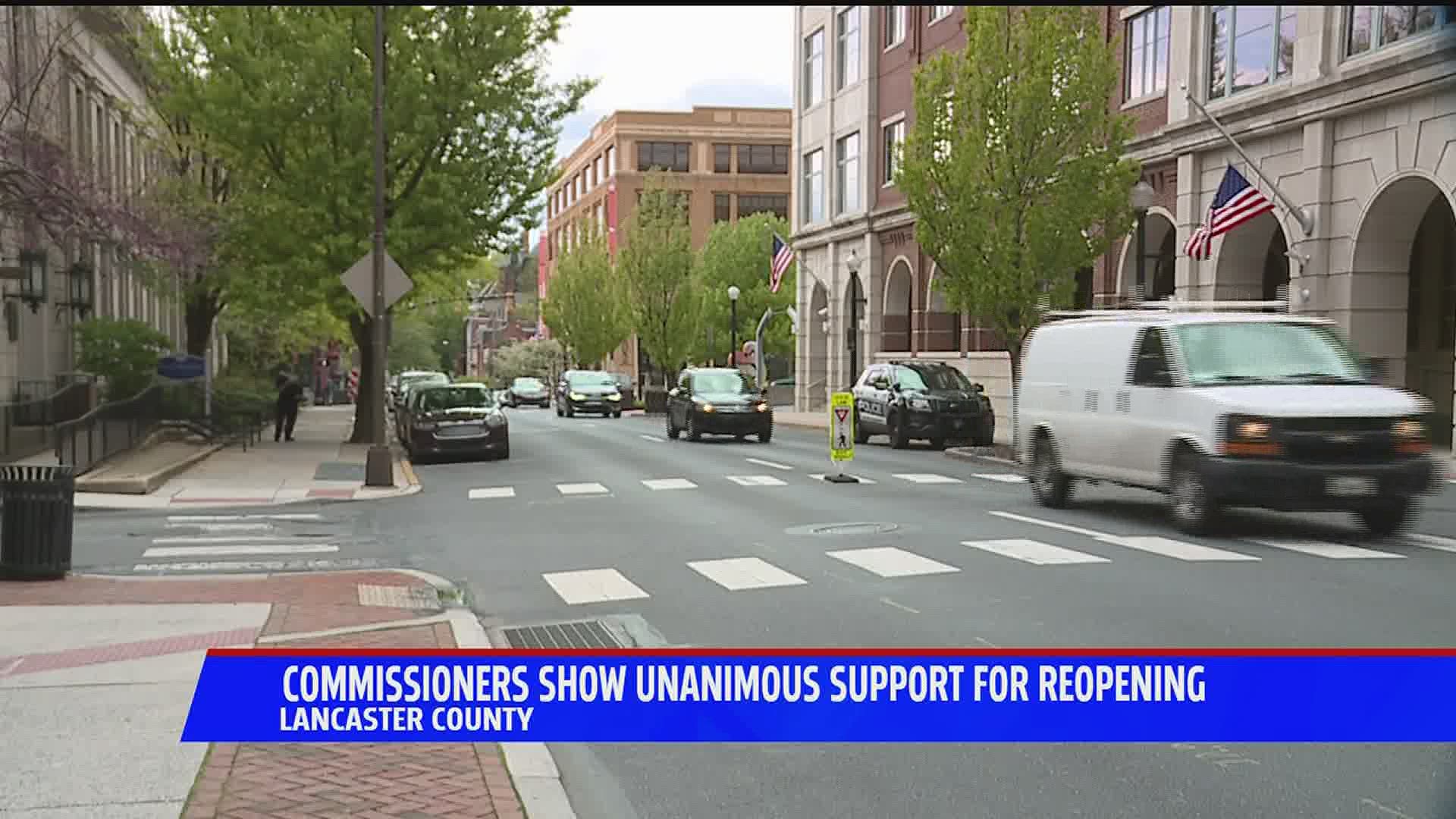 LANCASTER COUNTY, Pa. — In Lancaster County, some elected leaders are anticipating Governor Wolf's announcement Friday; they hope to be one of 12 counties that get his approval to officially move into the yellow phase next week.

Last Friday, elected leaders moved Lancaster County from the red to yellow phase of reopening without the Governor's support and without Commissioner Craig Lehman's approval. Once against the idea, Lehman said Thursday afternoon, Lancaster County is finally ready to go yellow.

“Social distancing worked, and we thank you,” said Brooks Turkel, senior vice president of UPMC Pinnacle. “The number of COVID-19 positive inpatients has been gradually declining across UPMC Pinnacle Hospitals. We now have less than 30 inpatients.”

In total, officials say the county expected about 1,500 hospitalizations because of COVID-19. According to data provided by Congressman Lloyd Smucker at the press conference, that didn't happen.

Despite getting the go-ahead from elected leaders, many Lancaster County businesses have opted not to open. Thursday afternoon, officials hinted that could be out of fear of consequence from the state.

“Let's put this into perspective what we're hearing: We have businesses who can be extremely cautious about the virus but are now fearful of their government,” commented Commissioner Ray D’Agostino. “I’ll leave it at that.”

“I am disappointed that every day we're learning about businesses that are closing and never coming back,” said Commissioner Josh Parsons. “This is the most serious economic time we've seen in our lifetimes.”

Senator Aument applauded how Lancaster County has handled the COVID-19 health crisis - from elected leaders to school districts to its healthcare systems. Aument said he does not feel leaders in Harrisburg have held up their end of the deal.

During the news conference, Commissioner Parsons commented how Lancaster County is helping its most vulnerable population - those in nursing homes. The county is using nearly $1 million in its funding from the CARES Act to pay for testing of residents and staff members in those facilities. However, Parsons said nursing homes fall under the regulatory control of the Pennsylvania Department of Health and urged the department to take action.

"The county has no official responsibility or role here; however, since the beginning of this we've been trying to help and do everything we can for them," said Parsons. "The Department of Health, in my view, has left huge gaps to be filled and in fact made things worse early on by ordering COVID patients back into these facilities."

RELATED: Some farmers say COVID-19 has made it more difficult to get their products to consumers so they're getting creative

Starting Friday, ramped up contact tracing and increased COVID-19 testing begins in Lancaster County. The country contracted with Lancaster General Health to make it possible. Officials said it would be perfect timing if that were to coincide with the reopening of many businesses next week.