The historic birth can give hope to wiping out extinction in other species. 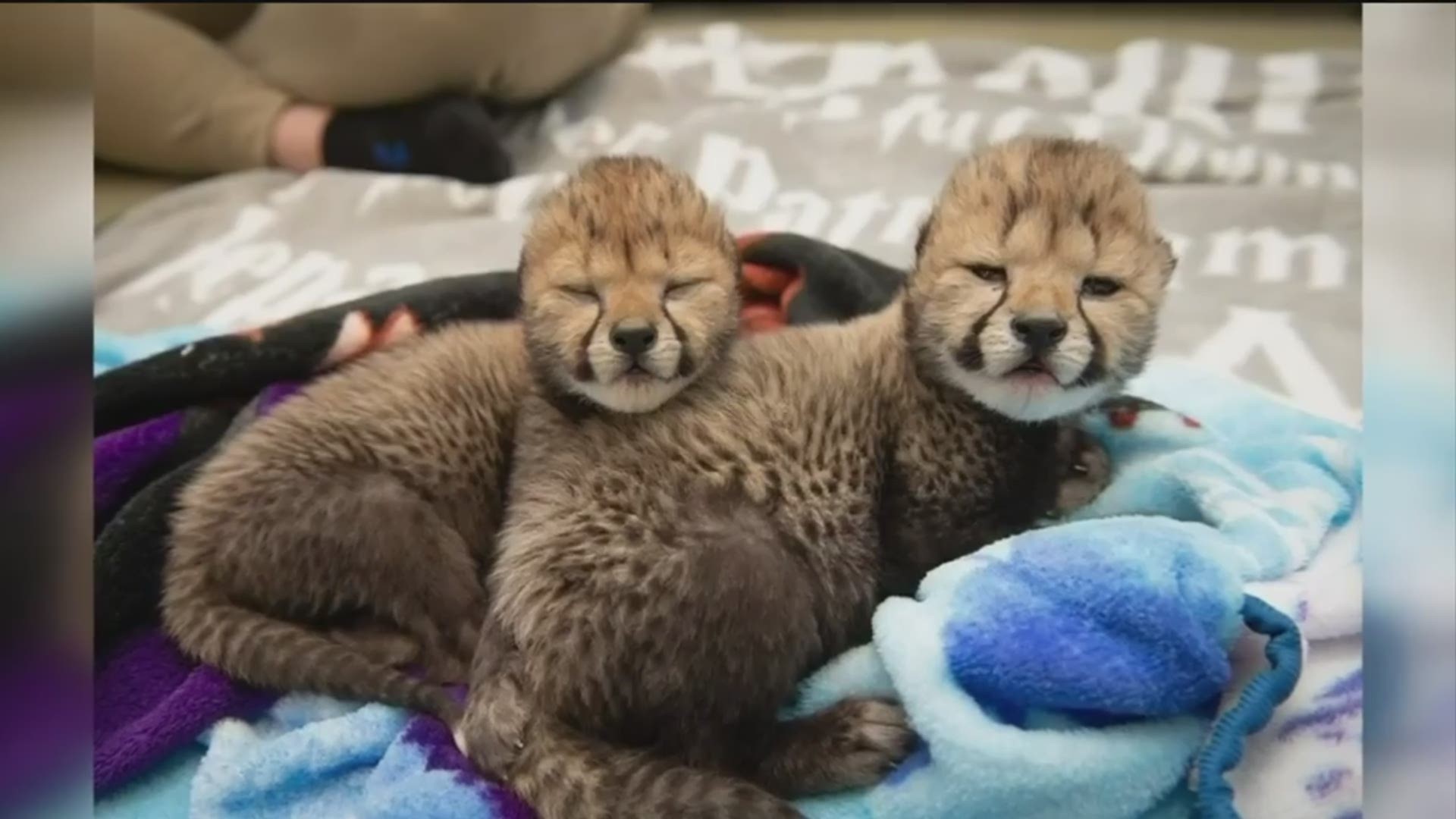 COLUMBUS, Ohio — So far, they’ve only been seen in pictures, but the history-making cats at the Columbus Zoo and Aquarium made their first debut on Friday.

The male and female cheetah cubs were born at the zoo on Feb. 19 through in vitro fertilization and embryo transfer in what the zoo called a "groundbreaking scientific breakthrough.”

In providing a look at the cubs on Friday, the zoo said the hard part of this is far from over.

“Because this is the fastest land mammal, development is huge and you have to work with it,” said Suzi Rapp of the Columbus Zoo and Aquarium.

And survival is not guaranteed, even within zoo walls.

“Even when we step in, there is still a 30 percent infant mortality rate,” Rapp said.

But the historic birth can give hope to wiping out extinction in other species.

“This is the science that could save a species,” Rapp said.