Whether you're boating, kayaking, or just stepping near the river, officials say there are things you should know. 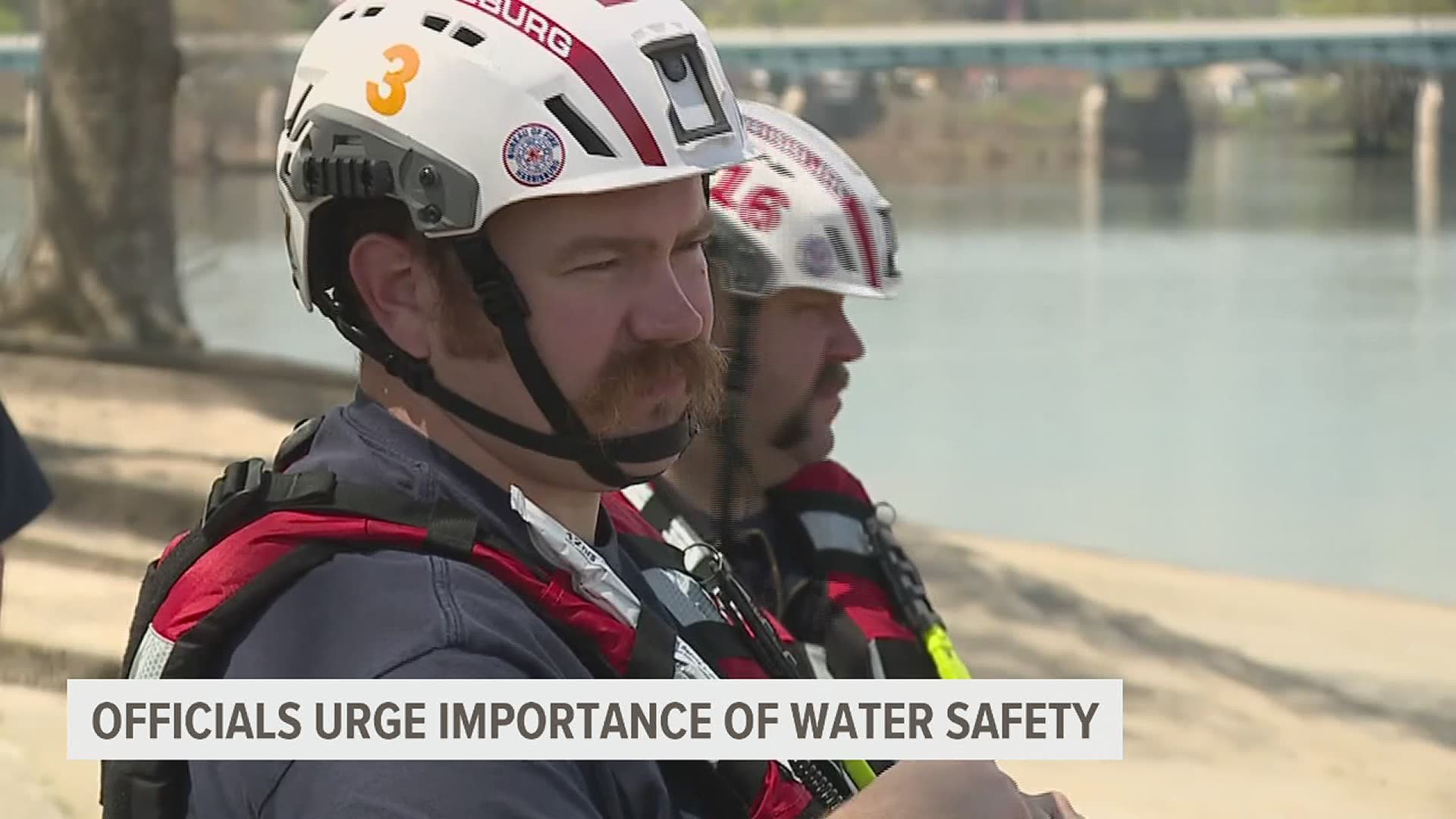 HARRISBURG, Pa. — It's day two of the search for a woman in Dauphin County.

Chief Brian Enterline with Harrisburg Bureau of Fire says witnesses last saw the woman, who they have been unable to identify, in the Susquehanna River near Harrisburg Sunday.

Their search is reigniting conversations about water safety.

Officials warn it may be beautiful outside, but the water is still really, really cold. Mike Parker, a spokesman for the Pennsylvania Fish and Boat Commission, is reminding people it's going to remain that way into May.

"It's going to remain uncomfortably cold even well into May," said Parker.

He says the cold is what can put people in imminent danger.

"When you hit the water, you're going to take a deep breath, and when you inhale water, you almost immediately begin to drown, panic, and you're not going to make it," explained Parker.

The PA Boat Commission is reminding people that they must wear a life vest from November 1 through April 30 if they're on any canoe, kayak, or boat less than 16 feet in length. The law is meant to protect boaters from the dangers of cold shock if they fall into the water.

Harrisburg Bureau of Fire is leading the efforts to find the woman. Their search started in the water. It continued Monday with a Pennsylvania State Police helicopter in the sky.

Monday afternoon, FOX43 spoke with Battalion Chief Jason Lloyd who said, he too, wants people to be aware of the potential dangers.

"People underestimate or they don't have any basic knowledge of water flow or related to our area, the dangers," stated Lloyd.

One major cause for concern is the river's low head dam.

"The water going over the dam creates a hydraulic, and there is a boil that traps debris. It traps humans, trees, canoes, whatever it may be," he added. "Regardless of the height of the water, we also always have flow."

There are almost always other obstacles lurking beneath the surface.

"From big rocks to trees: There is all types of debris floating down the river," Lloyd said.

Chief Lloyd says people should keep a few things in mind when they're out on or near the river.

"Let people know where you're at. Don't go out alone. You should always have a buddy or friend with you. Have a personal flotation device if you're around or in the water," he urged.

Harrisburg Bureau of Fire is asking anyone with information on the woman to contact them.