Officials consider election security ahead of May primary

Officials hope to improve voter confidence in elections after a bruising general election last November, which became the most litigated in Pennsylvania’s history. 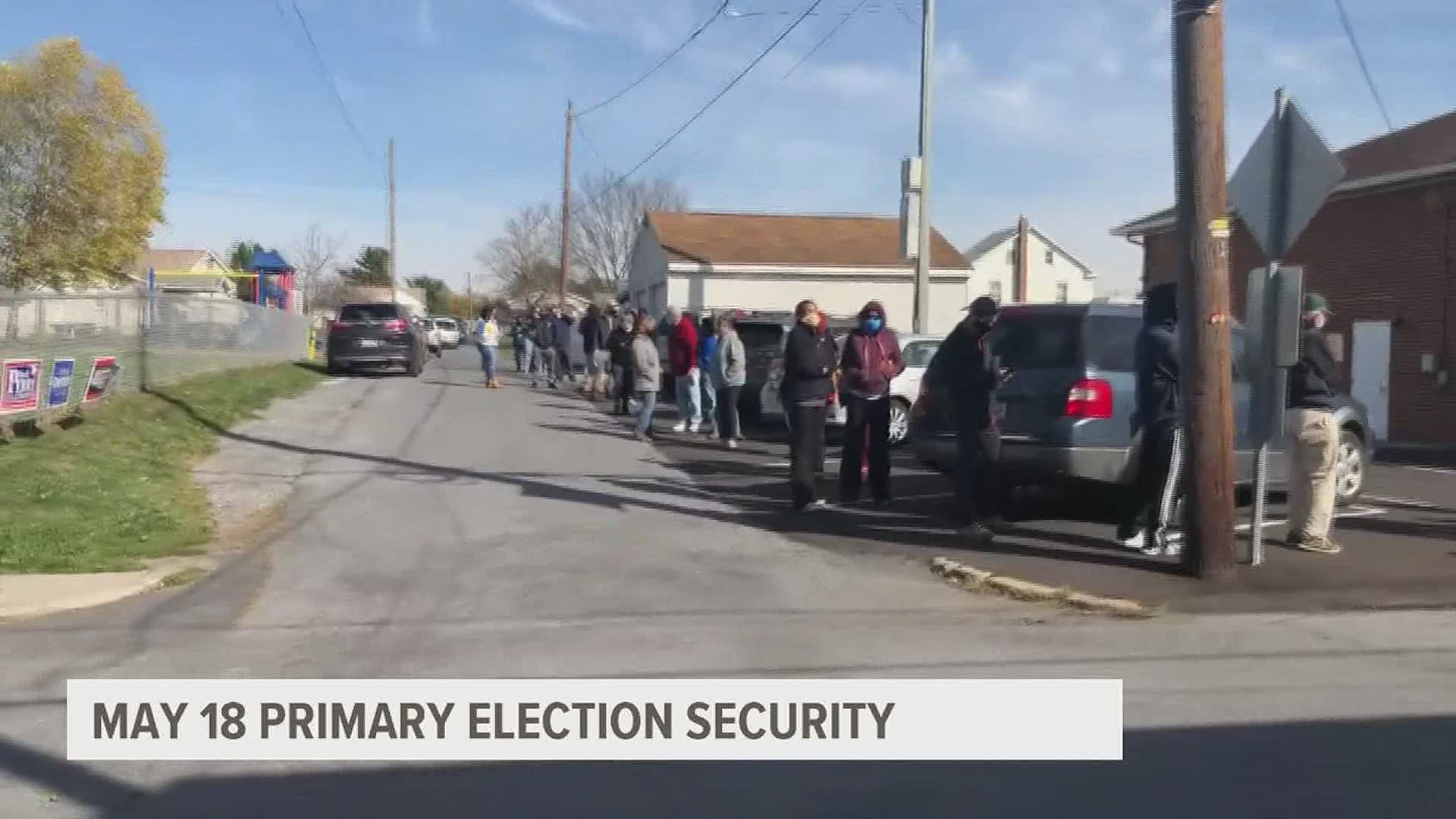 HARRISBURG, Pa. — Ahead of the May 18 primary, Pennsylvania officials are turning their attention to election security.

In light of the recent cyber attack on Colonial Pipeline, officials lauded the state’s voting system that they said was immune from cyber attacks.

Pennsylvania mandated all counties switch to a new voting system that creates a paper trail by the 2020 primary election.

“We have one of the best machine integrity systems out of any state in the country. There is no internet hooked up to those machines. They have to be pre-tested before the election,” said State Rep. Seth Grove (R-York) at an April 22 press conference concluding the House State Government Committee’s series of election hearings.

Officials hope to improve voter confidence in elections after a bruising general election last November, which became the most litigated in Pennsylvania’s history. At least 21 lawsuits were filed in relation to the counting of ballots.

The state’s Electoral College results stood despite the suits, but not without a cost. About one in three Pennsylvanians who voted in the 2020 general election were “not at all confident” in the accuracy of the final results, according to a January survey by Muhlenberg College.

“No one can argue that a large segment of our population has really lost faith in this process that’s really the foundation of the greatness of our nation,” Rep. Clint Owlett, (R-Wellsboro) said at the April 22 press conference.

Mail-in ballots were one of the most contentious issues of the 2020 general election, amid claims that the votes were less secure than in-person votes.

“[Officials] are being very careful about that and very particular about it because there was so much concern about how they were handled and how that was done previously,” said Shirley McCormick, president of the League of Women’s Voters Harrisburg Area.

Last November, ballots could arrive up to three days past Election Day as long as they were postmarked by Election Day.

This time officials have added some restrictions: ballots must arrive by 8 p.m. on Election Day to count.

Democrats and Republicans will each vote their party’s nominees for a number of judicial and municipal races. There are also four ballot questions for voters of any party to consider.

RELATED: Today is the last day to register for mail-in or absentee ballot in the primary election