Have you noticed a difference at the checkout? More stores are asking for plastic as national coin shortage continues

Multiple stores are asking customers to pay by debit or credit 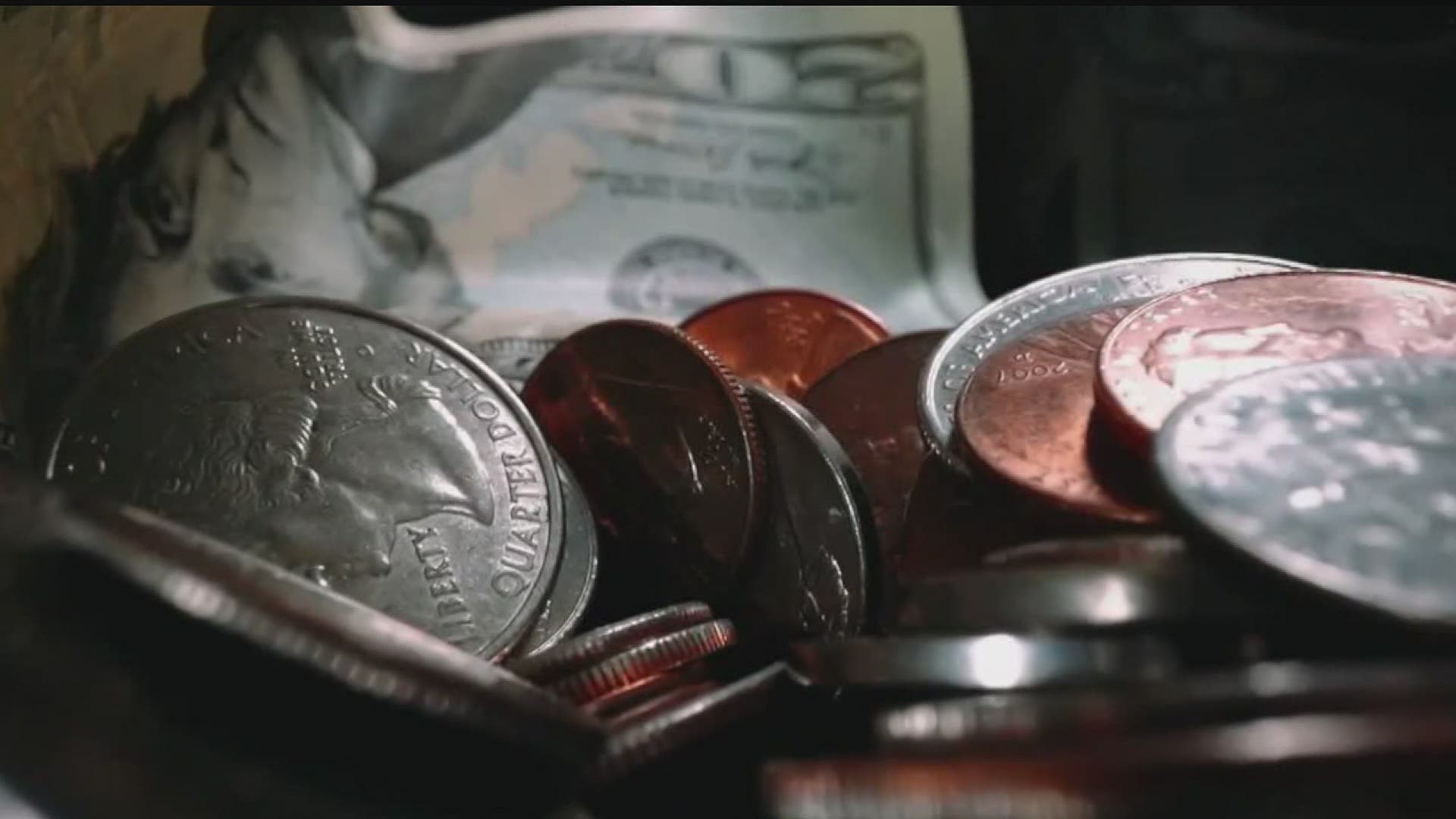 Notice more signs asking for you to pay by debit or credit?

Multiple businesses are blaming a national coin shortage for the reason why they are asking customers to pay with plastic.

GIANT confirms its registers are only accepting credit, debit, and electronic payments at this time because of the shortage.

A spokesperson for The Home Depot also told FOX43 "due to the national coin shortage, we have signs at registers asking customers to pay in exact change if possible, or to use other forms of payment."

"Like many other businesses in Pennsylvania and around the country, Fine Wine & Good Spirits is following guidance issued by the Federal Reserve and its banking institutions, as nationwide shutdowns have caused temporary coin shortages. Signage was placed in stores informing customers of the national shortages last week. We appreciate the patience and cooperation of our customers."

A temporary coin order allocation was announced in mid-June after the COVID-19 pandemic disrupted the circulation of coins and decreased the amount of coins the U.S. Mint was manufacturing.

Learn more about the coin shortage, the allocation, and other steps being taken by the Federal Reserve and U.S. Mint here:

The Federal Reserve is working on several fronts to mitigate the effects of low coin inventories. This includes managing the allocation of existing Fed inventories, working with the Mint, as issuing authority, to minimize coin supply constraints and maximize coin production capacity, and encouraging depository institutions to order only the coin they need to meet near‐term customer demand. Depository institutions also can help replenish inventories by removing barriers to consumer deposits of loose and rolled coins. Although the Federal Reserve is confident that the coin inventory issues will resolve once the economy opens more broadly and the coin supply chain returns to normal circulation patterns, we recognize that these measures alone will not be enough to resolve near‐term issues.

Consequently, effective Monday, June 15, Reserve Banks and Federal Reserve coin distribution locations began allocating coin inventories. To ensure a fair and equitable distribution of existing coin inventory to all depository institutions, effective June 15, the Federal Reserve Banks and their coin distribution locations began to allocate available supplies of pennies, nickels, dimes, and quarters to depository institutions as a temporary measure. The temporary coin allocation methodology is based on historical order volume by coin denomination and depository institution endpoint, and current U.S. Mint production levels. Order limits are unique by coin denomination and are the same across all Federal Reserve coin distribution locations. Limits will be reviewed and potentially revised based on national receipt levels, inventories, and Mint production.