Brittany M. Brown, 23, of Norristown, has been cited for causing the crashes that led to a pileup on the Pennsylvania Turnpike and injured 15 people. 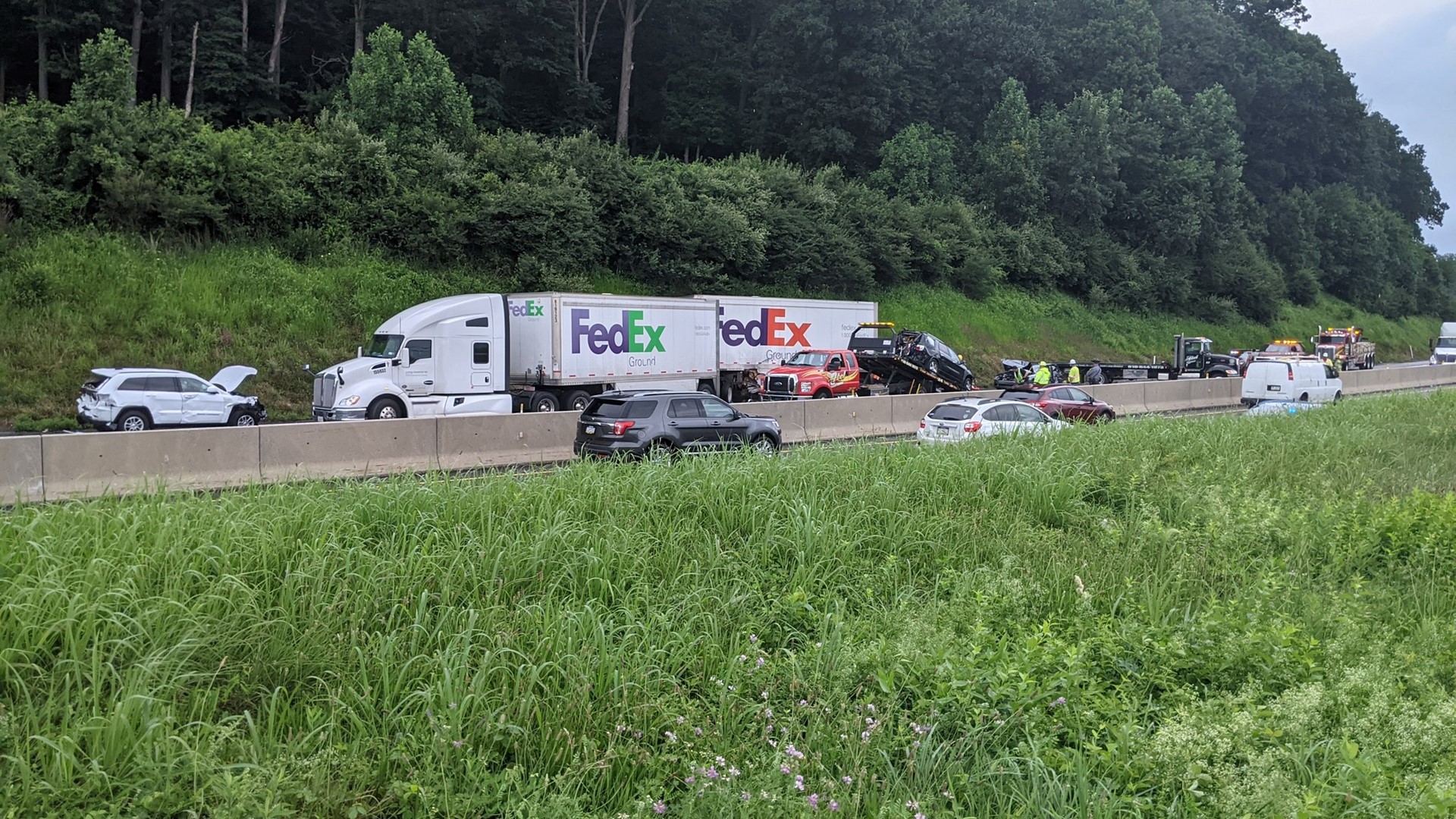 LANCASTER, Pa. — A Norristown woman is facing charges after she allegedly caused crashes on the Pennsylvania Turnpike that resulted in 15 people being injured.

Brittany M. Brown, 23, has been cited for causing the crashes that led to a pileup on the Pennsylvania Turnpike in northern Lancaster on July 21, according to Bowmansville Police.

The crashes closed the westbound lanes a few miles west of the Morgantown exchange for five hours.

According to state police, Brown was traveling west in the left lane while a tractor-trailer was rounding a curve. Brown's car then entered the right lane and collided with the tractor-trailer, causing the rig to strike a guardrail on the right side of the road and flip onto its passenger side, blocking both westbound lanes.

About 30 minutes after the initial crash, another crash involving a tractor-trailer occurred, also according to state police.

Officials said the second tractor-trailer collided with the traffic from the first crash.

As a result of these two crashes, 15 people have been injured.

There is no word on the extent of their injuries at this time.