'No shot, no service:' Restaurants increasingly requiring proof of vaccination

Amid rising COVID cases, some businesses are once again asking customers to mask up or show proof of vaccination before coming inside. 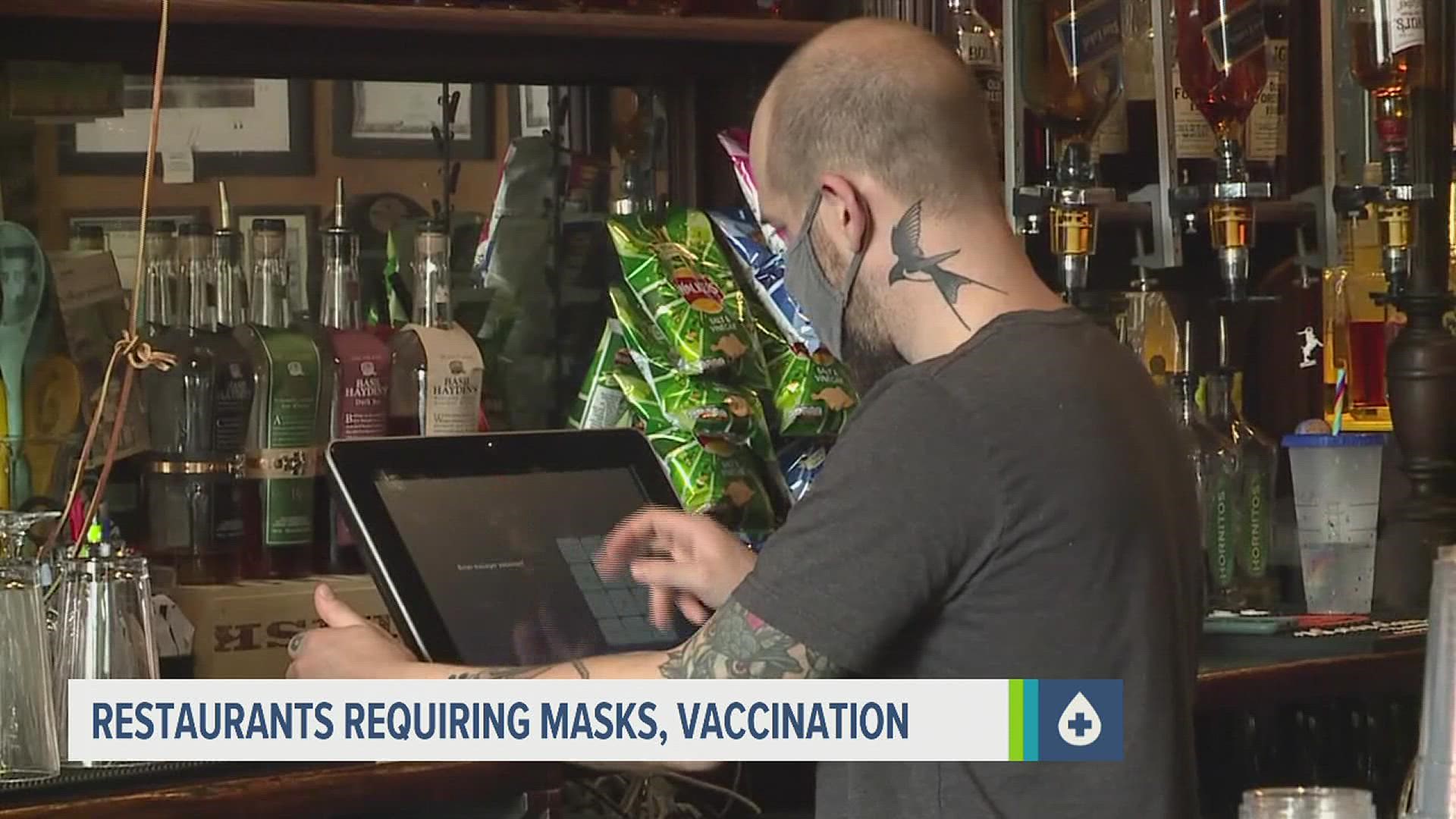 HARRISBURG, Pa. — Amid rising COVID cases some businesses are once again asking customers to mask up before coming inside. Some restaurants are going further by only allowing vaccinated customers to dine inside.

Martha’s was among the first restaurants in Philadelphia to announce they would require proof of vaccination to eat or drink at their Kensington neighborhood bar and restaurant. The online backlash was swift.

“The internet can kind of be a wild place. People from far and wide, people who weren’t even in the state of Pennsylvania, definitely had something to say about it,” said general manager Olivia Caceres.

That negative reaction is familiar to many restaurants enforcing mitigation efforts.

“Overwhelmingly it’s positive, but the angry ones are very loud,” said Ben Fileccia of the Pennsylvania Restaurant and Lodging Association. “They’re posting poor Yelp reviews, poor Google reviews, making reservations and then canceling them, death threats even to some of these operators.”

New York City this week announced visitors to gyms and indoor dining establishments will have to show proof of vaccination, starting in September. Washington, D.C. renewed its mask mandate in public indoor places on July 31.

Restaurants are left on their own to enforce the rules, sometimes leading to tense situations.

“We have had people who have had a hard time with it. We just continue to say that we care about people and we care about the people coming into our stores and that it’s important to mask up,” said Colleen, a Maryland restaurant owner who wished to be identified by her first name only because of concerns of public backlash.

“I work in a bar, so it’s not my first time enforcing anything with unruly people,” Caceres said.

Furthermore, most restaurants don’t have the resources to detect vaccination card fraud, which experts said is on the rise.

Since businesses can set their own rules about masks or vaccinations at any time, owners suggest diners check out a restaurant’s policies—either online or by calling—before eating there.

RELATED: States across US push back against digital COVID vaccine verification