Girls wrestling is one step closer to becoming officially recognized as a sport in Pa.

Newport became the 16th school district in the state to approve a girls wrestling program, bringing the sport one step closer to PIAA recognition. 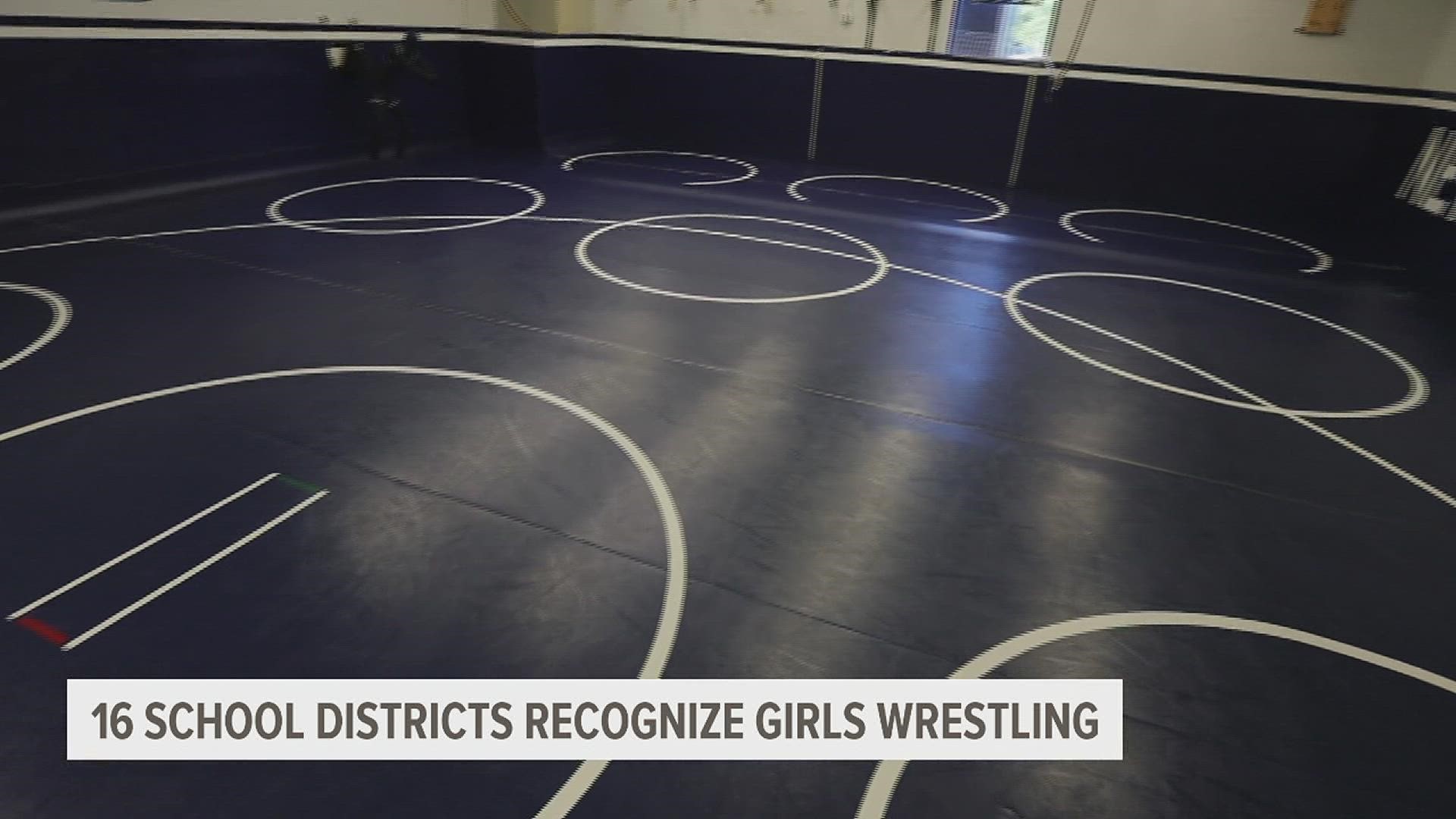 NEWPORT, Pa. — At the heart of every win lies opportunity. For Mike Capozzoli, or Coach Cap, his latest win is for girls wrestling.

“It’s just giving these girls an opportunity to go ahead and jump out there,” said Capozzoli, head wrestling coach for the Newport School District in Newport, Perry County.

With help from Adam Smith, one of Coach Cap’s former wrestlers and a state champion, and Sanction PA—a movement to grow girls wrestling in Pennsylvania—Newport becomes the 16th school district in the Commonwealth to recognize female wrestling as a sport. It is an encouraging sign for young athletes, like Smith’s daughter, who dreams of being able to follow in her father’s footsteps.

“When I was like five, I went to the practices, watched him do private lessons and I fell in love with it. I was like, ‘Dad, I really want to do this,’” said Adalynn Smith, a freshman at Newport High School.

Coach Cap and Smith built a girls wrestling youth program four years ago. The district’s recognition means they intend to build toward a fully operational program. With Buffalo support now behind them, big dreams are on the horizon.

“It shows other girls that it’s not just a guy sport. Anyone can do it and the sky’s the limit,” said Lillian Otstott, a senior at Newport High School.

A win for young girls in PA. Newport becomes the state's 16th school district to approve a girls wrestling program, bringing the sport one step closer to PIAA recognition. The magic number is 100 schools. Expect more on the historic push to grow girls wrestling tonight on @fox43 pic.twitter.com/woJAxLB67P

Newport joins a slow-growing list of schools becoming part of the historic push to grow girls wrestling in the state. The Pennsylvania Interscholastic Athletic Association (PIAA) will sanction girls wrestling as a sport once 100 schools jump on board. Coach Cap encourages other schools to follow suit. He said any prospect of added costs for coaching, uniforms and logistics are months or years away.

“What’s next is we’re just going to continue what we’ve been doing. We’re having practices,” said Coach Cap. “We’re opening practices up for the girls and try to get them to go to as many competitions as they can. We also host our own competitions.”

Rachel Yonkunas: What message are you hoping this will send to young girls?

Adam Smith: It’s becoming more real that there may actually be another opportunity for them to win, like a state medal, through the PIAA for girls and that’s really what we’re driving towards and what we’re excited about. Having Newport recognize it also helps to build participation within the program and help to really see women’s wrestling as a legitimate sport.

The move is also helping to uphold the Newport community’s commitment to creating champions in the world of wrestling.