Pennsylvania is getting rid of its 40-year old system handling Unemployment Compensation and replacing it with a new, upgraded system. 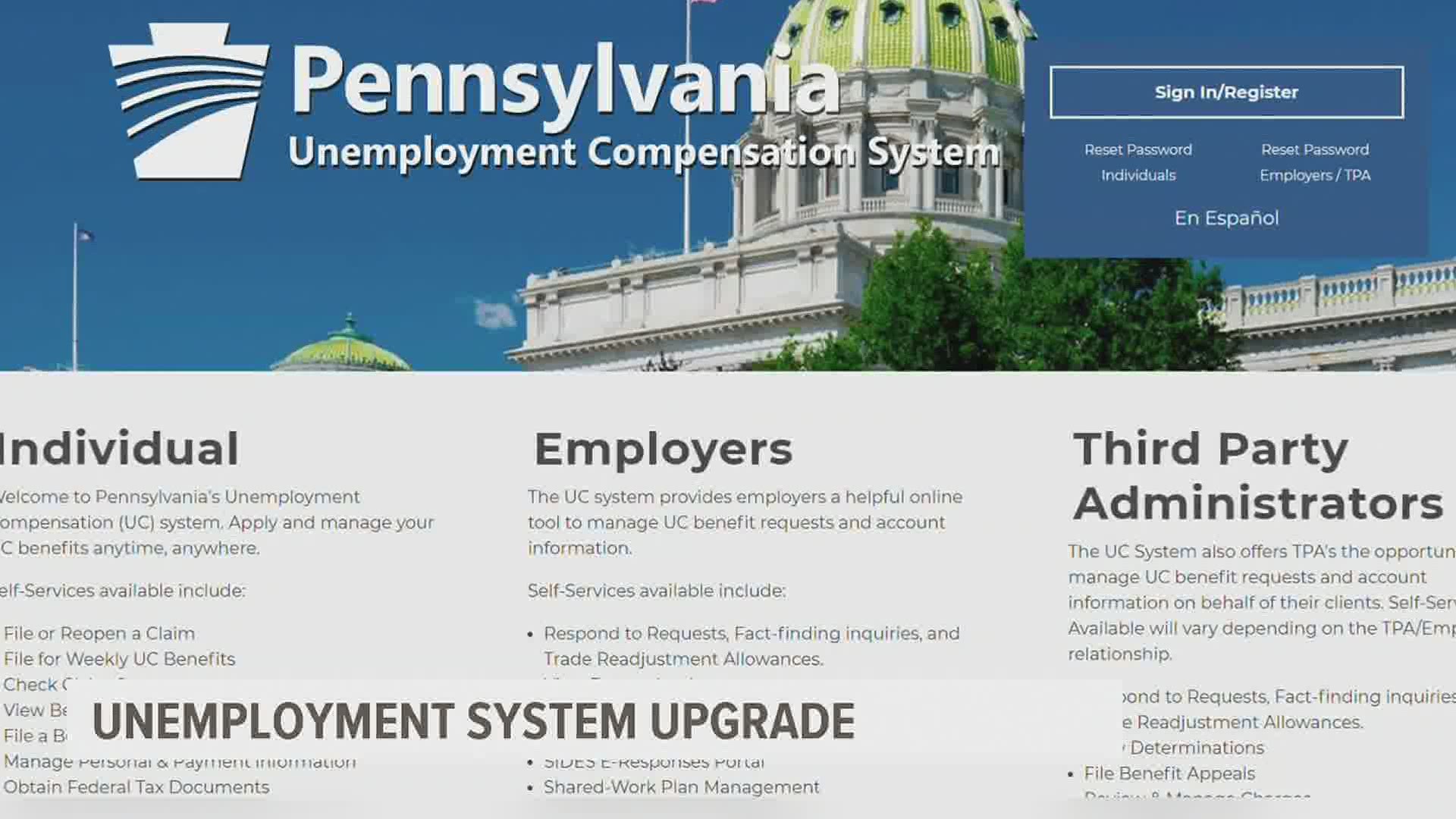 During the COVID-19 pandemic, the previous unemployment compensation system was met with wide frustration as many claimants reported trouble receiving timely payments and getting through on customer service.

The new system requires a log-in us a Keystone ID and password.

The PA Department of Labor & Industry reported two areas where several users experienced issues. The first: multiple users that pay by direct deposit reported seeing their payment listed as a 'debit card.' L&I blamed that problem on a display issue and it claimed it is not a problem with the payment type. Second: L&I reported some people experienced an issue logging in with their Keystone ID or when they attempted to change their payment type. L&I said that issue was related to server connectivity and a fix is underway.

Read more about both issues below in this full press release from the Department of Labor & Industry here:

“Today, Pennsylvania’s Unemployment Compensation system took a giant leap forward not just in terms of technology, but in the quality of service we are able to provide,” said Acting Secretary Berrier. “L&I staff have been working hard to make the transition to this new system seamless for users. As we see users logging on and successfully filing their claims in this faster and easier-to-use system, we are thrilled to see our vision of a modern, intuitive unemployment system has finally come to fruition.”

The new unemployment compensation (UC) system replaces a 40-year-old outdated mainframe that made filing for unemployment benefits complicated for users and processing benefits cumbersome for staff. The new system makes filing for benefits easier and faster for users. Staff will need less time to process claims, which is expected to help reduce the number of users waiting for their claim to be processed.

A phone issued independent of the new system launch that affected multiple state agencies temporarily caused L&I’s unemployment hotlines to become unavailable. The phone system came back online at around 11 a.m. and individuals with questions about the new system can call the Unemployment Compensation Service Center at 888-313-7284 or email uchelp@pa.gov.

L&I is actively reviewing feedback from individuals using the new system and has identified two areas where several users have had questions. The first is that multiple users who receive payments by direct deposit have reported seeing their payment type listed as “debit card.” Because payment data is stored primarily by the Pennsylvania Treasury and not the UC system, this is just a display issue and is not a problem with payment type. After a person’s payment is made, the correct payment method will be displayed. Users do not need to take any action to correct this should they see “debit card” listed instead of direct deposit.

L&I is also aware that a small percentage of users are experiencing an issue logging in with their Keystone ID or when they attempt to change their payment type. This issue has been identified as being related to server connectivity, and a fix is already underway.

As a reminder, L&I is notifying affected users of status updates and system upgrades through social media, direct messaging, and on the UC System Check Enhancements Tracker.

“While we have seen success with the system so far, we are continuing to monitor it and have staff ready to identify and resolve any issues that might arise,” said Acting Secretary Berrier. “We will continue to update the public regularly as adjustments and improvements are made to our new unemployment system.”

Because of the shortened filing week as well as interest in using the new system, L&I has anticipated higher than normal usage today. When the number of users on the new system exceeds a set capacity, the system automatically instates a “waiting room” page to prevent slowness or crashing for all users. The waiting room page places users into a queue in order of their arrival on the page, then admits them as other users leave the site.

Users who encounter the waiting room page are reminded to avoid reloading, exiting and reentering the page, and using an unstable connection (such as a cell phone) if possible as they will be placed at the end of the queue when they return to the page.

Additionally, users are reminded that fewer individuals file for their weekly benefits later in the week and during non-business hours, so they are least likely to encounter the waiting room during these times.

L&I has provided a library of resources to assist users with familiarizing themselves with the new system.

L&I is offering a series of workshops and other easy-to-use tools and helpful resources for users, including the legislative, advocate, and employer communities, to guide them through the transition to the new system.

A full list of scheduled workshops and links to connect to them are here. Recordings of each workshop will be uploaded to this page on www.uc.pa.gov.

The Pandemic Unemployment Assistance program is not affected by the change to the new system.

If you don’t have a Keystone ID:

You won’t be able to file any claims from June 3 through June 7. Starting June 8:

We are committed to helping you through this transition. You can find more resources and assistance below: