The town hall provided information for black and brown communities to help eliminate the stigma around the vaccine. 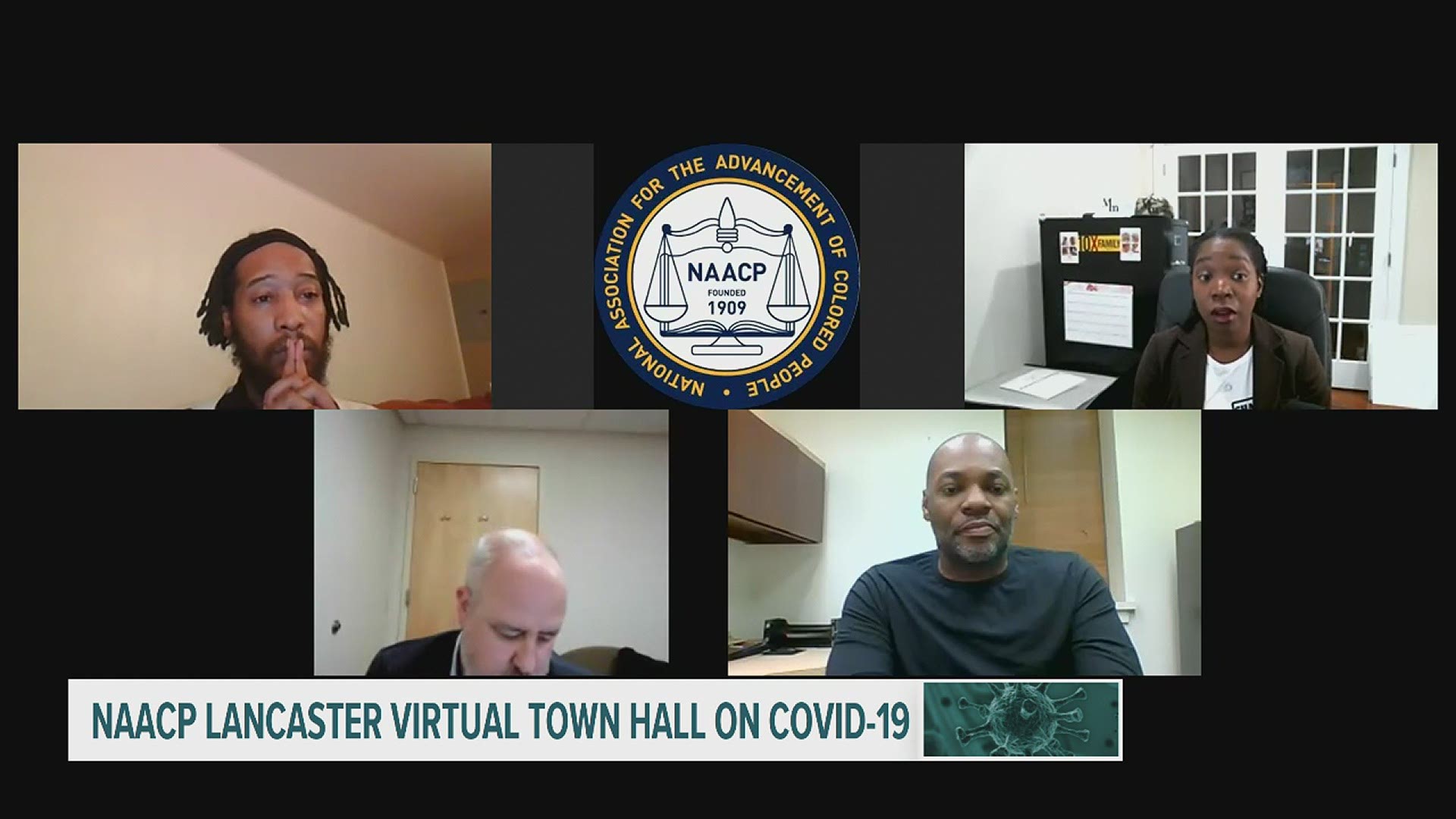 LANCASTER COUNTY, Pa. — As part of their #COVID19CRISIS, NAACP Lancaster held a virtual town hall on Tuesday to increase trust in minority communities to take the COVID-19 vaccine.

The town hall was led by panelists Dr. Jeffrey Martin and Dr. Cherise Hamblin, both of Lancaster General Health.

The doctors discussed the best practices black and brown patients can take to help mitigate the virus -- including providing information to decrease the stigma around the vaccine.

"As a black woman physician, I feel like I'm standing two places where you hear about the terrible outcomes and the disappropriate effect in communities of color," said Hamblin, who practices as an obstetrician and gynecologist as part of the Lancaster General Health Family and Maternity Medicine Practice.

She says overexposure and difficulty with access to healthcare are why minority communities don't trust medical institutions.

If you reflect on African-American history, there is reason to have a hesitancy to take the coronavirus vaccine due to various healthcare disparities. The United States medical institution has a long history of exploiting Black Americans.

According to a study, during slavery, black bodies that were no longer profitable in the fields were sold for medical experimentation without consent for developing cures and profit.

One of the most commonly cited examples of the exploitation of Black Americans is the Tuskegee study. In 1932, the U.S Public Health Service, worked with the Tuskegee Institute and conducted research to record the natural progression of syphilis and withheld treatment from a group of poor black men who had the disease.

The Tuskegee study and exploitation during slavery are two of many examples that still echos throughout the minority community and explains why there is such reluctance for Black Americans to take the vaccine.

"The fear is real. Black and brown folks — people of color — are afraid,"  said Shyna Watson, the NAACP Lancaster branch's religious affairs chair, in a virtual interview with FOX43.

Though Hamblin and Watson do not forget the health care system's discrimination and exploitation of African-Americans, they say it is important to receive the vaccination to achieve herd immunity. Hamblin has also received the first dose of the vaccine.

Hamblin compared the COVID-19 vaccine to children getting their MMR shot and having expected symptoms.

"These are expected things," says Hamblin. "Arm soreness, maybe some fatigue and mild fever even after the second dose."

Martin says it is the beginning of the end of the pandemic if people get vaccinated.

"But it can only become the end of the pandemic if we get people vaccinated at rates that are above 60 to 70 percent in the general population so that we can get enough immunity out there so that we stop the spread of COVID," Martin said.

RELATED: Plan to get the COVID-19 vaccine? This app let's you tell the CDC how you feel after the shot