Mt. Rose Construction: How it started, how it's going, and how is it going to end?

The Mount Rose Interchange construction project was given the green light to proceed in 2015. It's expected completion date is 2021 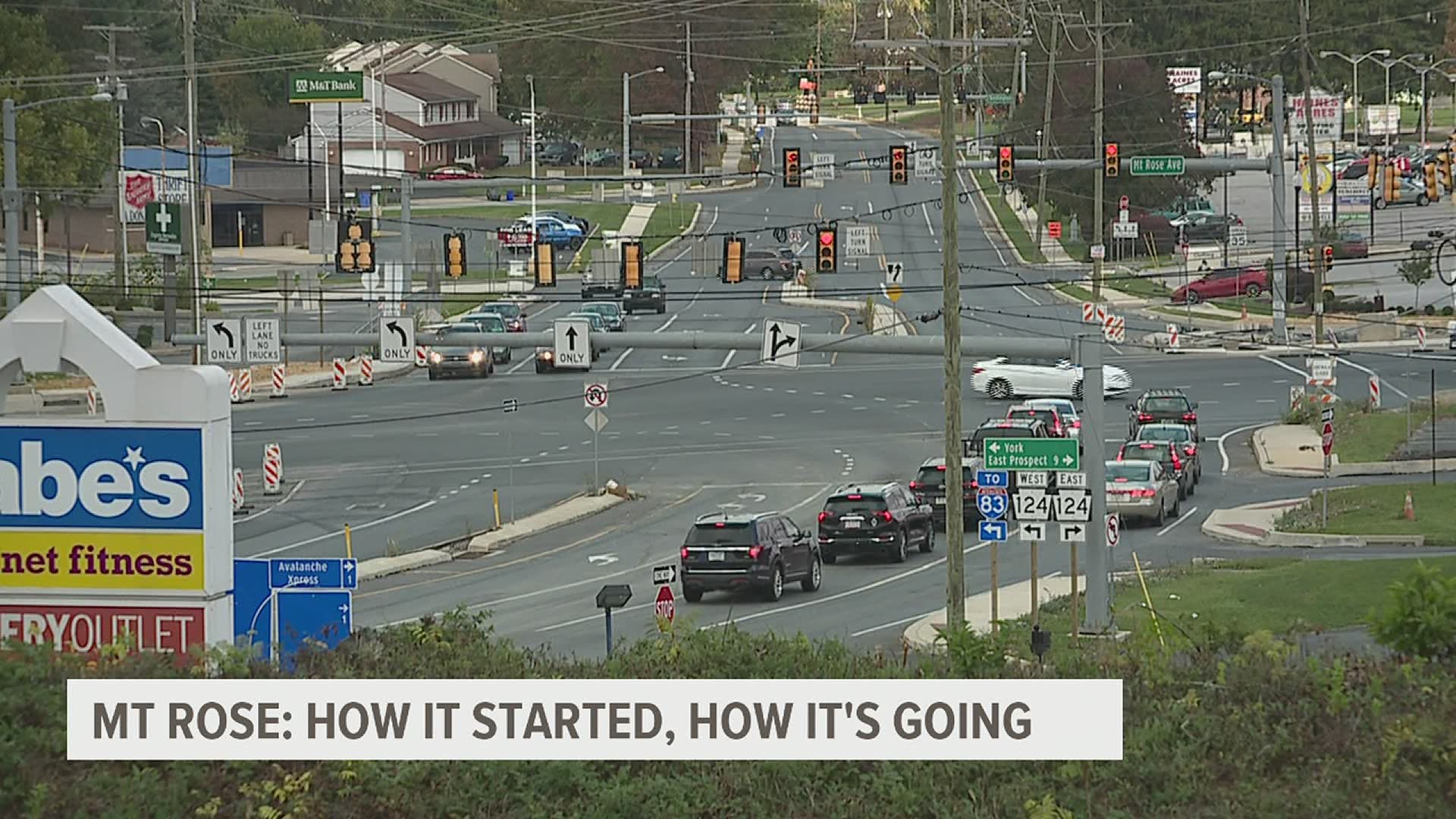 PennDOT first issued notice to the contractor of the Mount Rose construction project to proceed back on April 20, 2015.

Now in 2020, construction continues as Cherry Hill construction works towards a hopeful completion date of April 21, 2021.

Many drivers admit to FOX43, they are seeing progress happen at the site and that they like the new improvements that have been made. However, they also admit they have been frustrated by the delays that have plagued the project.

"The past year has changed more than it has the entire time I feel like," said Natalie Fuhrman, a driver from Springettsbury Township.

FOX43 reached out to Cherry Hill Construction for comment. Meantime, PennDOT officials declined an interview request but provided the following answers via e-mail to these frequently asked questions:

What is the status of the project: what has been completed, what has still yet to be done?

"I-83, Rt. 124 (Mt. Rose Avenue), and the closed Exit 18 on- and off-ramps are still being reconstructed. The final pavement wearing course over the entire project, final line painting, traffic signs, highway lighting, and traffic signals are still outstanding"

How has COVID-19 impacted the project's progress?

"Minimal time delay (number of days to be determined); The contractor has not indicated any COVID-19 impacts to their daily progress."

How much has the Mt. Rose Construction cost so far?

PA Senator Kristin Phillips-Hill has been outspoken about the project's delays in the past. Back in 2015, she was a newly-minted member of the House of Representatives and the Mt Rose interchange fell in an adjacent district. She kept tabs on the project back then and became even more involved in tracking its progress when she became a State Senator for York County.

"I hope and pray that they are going to be done. I think it is way beyond due to be completed. I think it has been absolutely a disgrace," she added.

Phillips-Hill said she takes frequent drives along the Mount Rose Interchange during her trips back and forth from York to Harrisburg.

"It's just put everyone through the ringer. It's been really difficult, really trying, and very, very frustrating," she said. "And, in the process I think that we have learned a lot about how we can better manage our transportation construction projects."